August 19, 2017
It was a beautiful morning. The chickens were clucking (thankfully no cockerels), the birds were tweeting and the peacocks were also making there own, if not slightly weird, noise too.
Life at the hippy commune was as you would expect, quite relaxed. Setting off back on the canal tow path towards London we were a little apprehensive about the back wheel spoke issue. They were still creaking, despite redistributing the bags so as to have the rucksack over the font handle bars leaving just both panniers on the back. According to L steering the contraption was challenging enough without having to deal with a 15kg rucksack swinging like a pendulum from the front handle bars. One of those useful bungees soon quick fixed that problem, seriously can't find anything they won't fix...other than spokes. 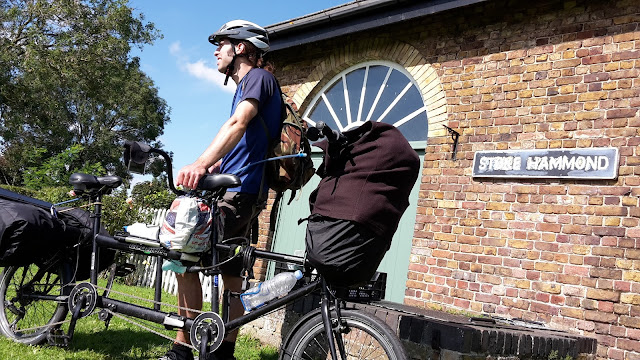 We saw a lot of crazy stuff along the canal once we passed under the M25. For example a car body shell seamlessly grafted onto the back of a narrow boat, a VW people carrier type I think. There were a few huge orange emergency life pods capable of housing 50 unfortunates which  had been turned into house boats. Not forgetting the lady, probably on drugs, walking a shy looking fox on a lead (the inspiration behind the blog address.) Oh there was also a gang of shady characters who we thought might mug Tandy from underneath us, but alas they did not. They probably realised what a bag of spanners our Chinese contraception really was.
Not forgetting of course the bizarre sight of two crazies peddling along on a small wheeled tandem with bags and junk bungeed to it in all available spaces.The sight I expect looked even more ridiculous when the tow path abruptly ended and we found ourselves on the wrong side and with no choice but to cross over the canal by walking on top of a lock gate. In essence; part wheeling, part carrying a Tandem across a balance beam atop deep water pretty much sums it up. Not something I ever want to repeat again. It was awkward and we were lucky not to drop Tandy into the lock. I was envisaging disaster, instant game over but luck seemed to be on our side as we lifted Tandy onto the top of the gate and tentatively wheeled him slowly across. We had to negotiate a bend in the centre of the gate which involved a bit of lifting but we successfully managed to cross.
That wasn't to be the only awkward moment of the day, stress levels were about to hit an all time high as we found ourselves crossing London on the train network with tandem bicycle... 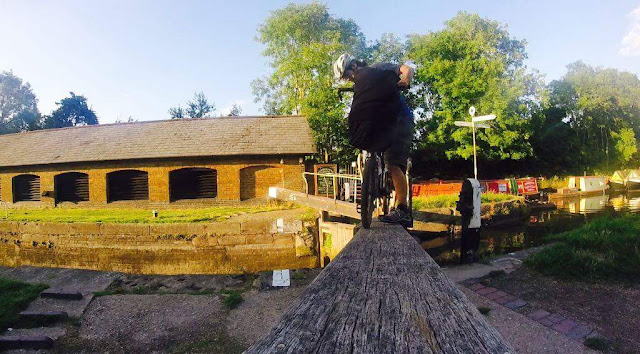 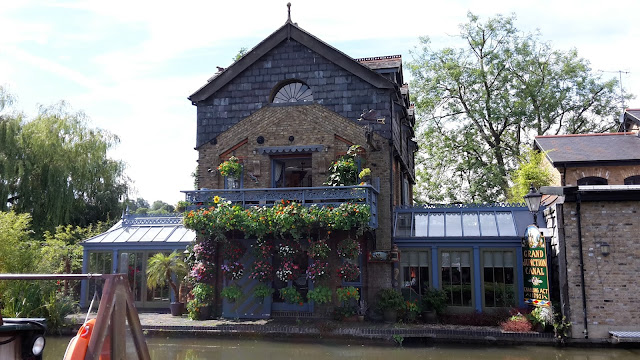