August 17, 2017
In essence we'd quit our jobs, sold our house and traded it all in for a tandem bicycle, a tent (both of which we'd bought off eBay) and a life on the open road.
Selling up and going travelling had been on our minds since the back end of last year but it wasn't until May this year, when we finally got the house on the market, that the ball got rolling and shit got real. Having not sold a house before we had no idea how long it would take to find a buyer and for the sale to go through. We'd had friends who'd sold in just a few weeks, and heard horror stories of houses taking years to shift. All that in mind we thought allowing 5/6 months would hopefully be enough time and so planned to go away come October. The plan as it stands is 3 months in Asia followed by a stint of up to a year in Australia, depending on how we feel at the time.
We weren't prepared for what happened next...We listed the house with purple bricks for a massive amount more than two local estate agents had valued it at, and on the first day of viewings we received our first offer! In total the house was on the market for 4 days; we had 17 viewings and 5 offers followed by a over asking price bidding war. It seemed all that hard work of DIY had actually paid off!
This did leave us with the question of what to do before October; the house was set to complete on Monday 7th August. So after a few to many drinks one evening, we cobbled together... something adventurous.... 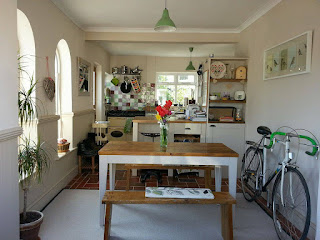 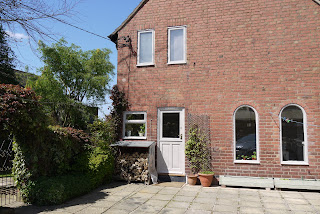