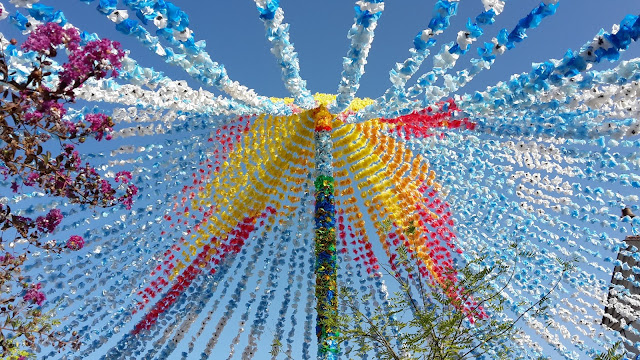 Friday morning was bliss (other than the sweltering temperature inside the tent.) With no rush to pack up and get cycling, we took our time and headed up the hill into Aubeterre admiring the quaint hillside houses. It was quite a push up the hill. We were still on the look out for some swimmers for L, we had been since we rocked up in France, but the shops in the tiny town of Aubeterre were only selling ladies silk scarfs, ornate jewellery and crêpes. Not to mention the second hand shop displaying a dazzling array of fashion faux pas'. 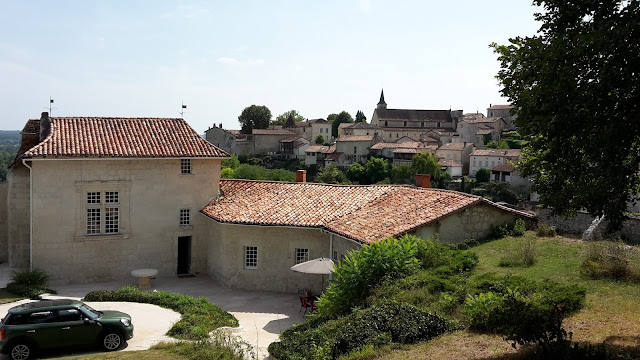 We met up with our Château clan and were given a tour of our luxury accommodation, which certainly beat the confinements of the tent. The next few days were set to be plush, we'd been upgraded from tent in the garden, to room in the Château. L was looking as forward to lording it up as he was to eating copious amounts of sausage and cheese.

However all of that wasn't before L had an argument on the street with a little old French lady who was objecting to Tandy being leant up against her wall. If she'd known what a nightmare it was to lean that contraption up without it falling over she might have left it alone. But she didn't and L had to intervene. Tandy was far too heavy for the frail frenchie, she would have easily become entangled and trapped...There was a moments hesitation when the thought of letting this scenario unfold did cross L's mind. After all the both of us were quite bruised and battered from the now countless times Tandy had fallen onto us. 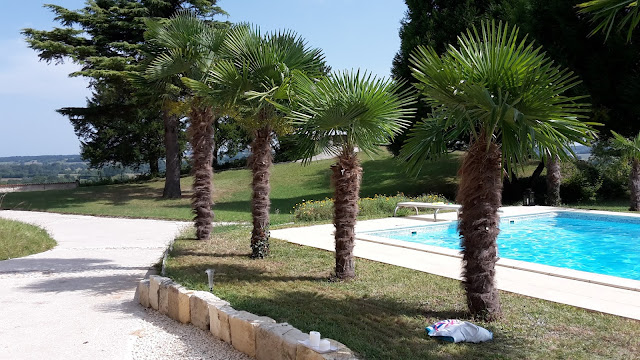 Speaking of bats we were never offered the selective and rather exclusive tour of the Château bat caves, we'd heard great things, but we did have an insightful tour highlighting some rather rare orchids. Unfortunately they were now over and done with so we were just looking at a blue flag marker sticking out of the ground. 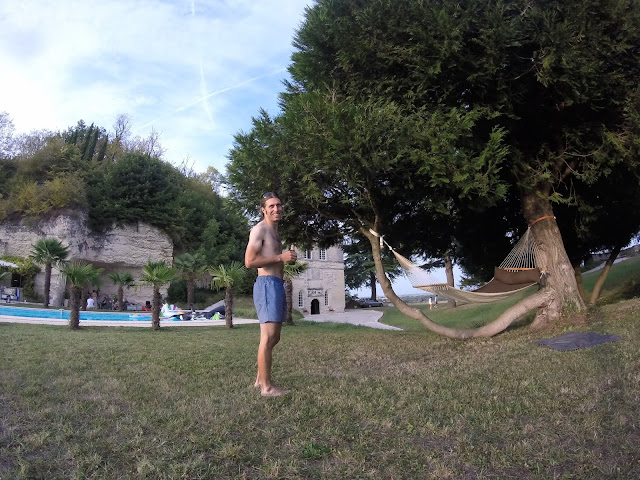 L had managed to borrow some swimmers just in time for the pool party which was now in full flow. We were having a fantastic time with a lively bunch of friends and family but mostly people we'd never met before. The pool had a biblical amount of inflatables, Noah's arc eat your heart out and L set out to demonstrate his 4 hoop party trick to an onlooking crowd. 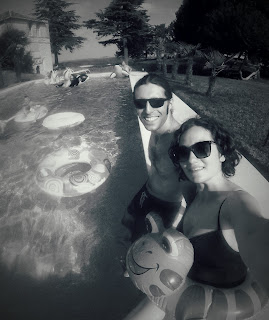 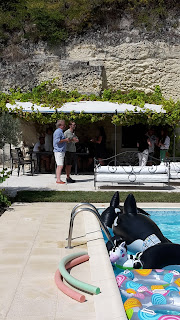 Monday. After a fabulous weekend it soon became time to cycle onto Bordeaux for our flight back to the U.K on Wednesday. Our morning cycle escort from the château to the village of Bonne was a good send off and from there we continued our journey, via a string of patisseries, to a small campsite which was really nothing more than the garden of a rather nice farmhouse. French farm children were running round playing cowboys and Indians, firing wooden arrows at each other whilst a brood of chickens were investigating our tent. Sadly the chickens didn't leave us any eggs for breakfast. It would be the last night camping; tomorrow night I'd booked us into an Airbnb in Bordeaux. 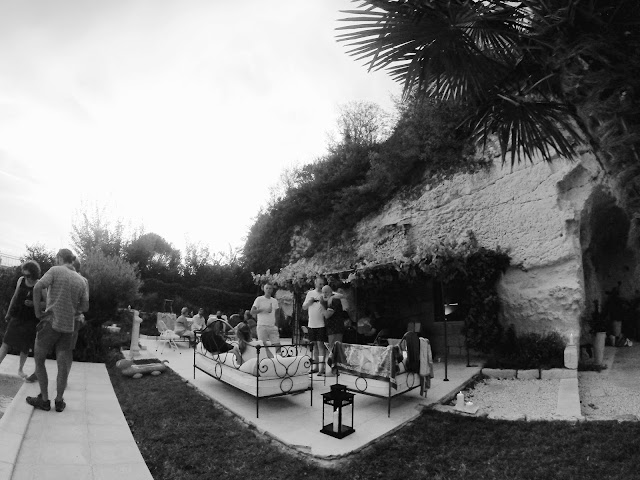 We'd clocked 100 more miles than expected, cycling 600 in total on our tandem travels! What was most surprising was that neither L or myself were suffering from any issues in the 'derrière' region, those gel cycle seats had worked a treat. The only slight complainant we both seemed to have were slightly stiff thighs (on the tops just above the knee) this was particularly noticeable when walking up stairs. We put this down to a lack of training pre-trip, after all we'd only sat on Tandy the once and managed 4.5 miles of cycle training...
We've had such an amazing time on our tandem travels, seen some amazing things and met some amazing people but I still don't feel that either L or myself qualify as cyclists. In my mind we're still fakes, imposters on a folding tandem, just rolling along for the laughs. Real cyclists take things seriously with their Lycra and clip on shoes, they don't wear toga towels under non water proof packamacs, hang washing off their handle bars to dry in the breeze or need to push their bike up hills. L started to mentioning something about trans America... 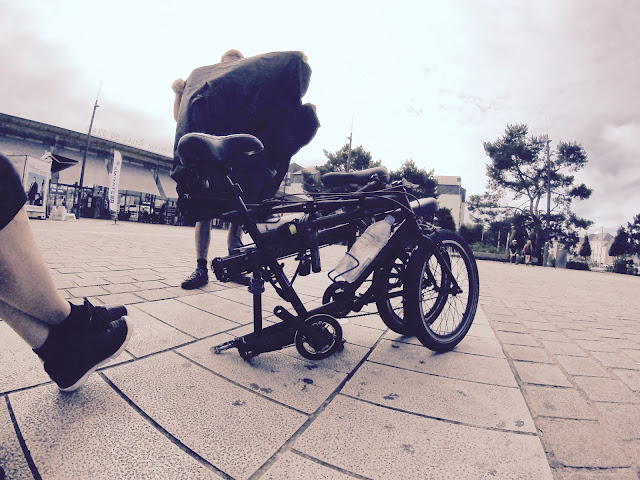