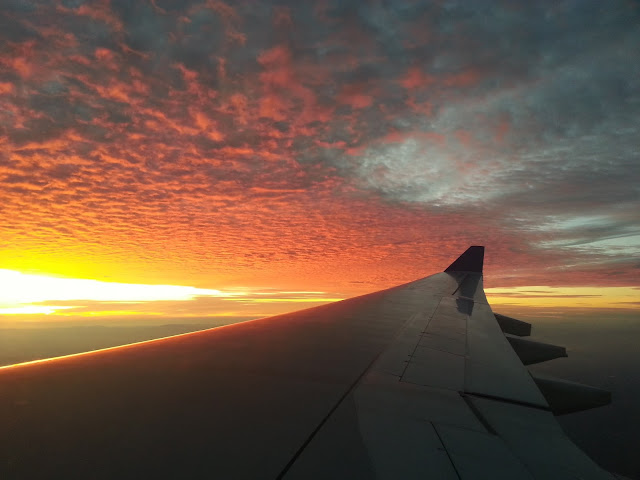 The 600 mile cycle to the south of France on a folding, small wheeled, Chinese disaster of a tandem bicycle called Tandy, had made the perfect practice run for the impending cycle to South East Asia. In truth we weren't actually cycling to S.E Asia...at the time of writing it just sounded more adventurous. (Having said that, we are both very keen for a future tandem cycle trip and are thinking perhaps America.) For now though we were taking a more traditional approach and flying. Emirates kindly gave us 3 seats on the way out so we had quite a comfortable journey.
The trip in brief: 3 months, 4 countries; Thailand, Laos, Vietnam and Cambodia.

Myself and L spent a lot of time in September house surfing, doing logistical prepping for the trip and organising our 'life admin'. The latter according to the book L was reading 'the four hour work week', could be and should be something we outsource to a virtual assistant in order to free up our own time... Despite not employing the services of a virtual assistant we did manage to get away from the many hours of telephone calls and staring at computer screens. We stayed with family and friends in various parts of the U.K. and rode our motorbike around Scotland's beautiful coastline. Up the east coast, along the north coast and down the west coast. A sort of send off trip before selling it. 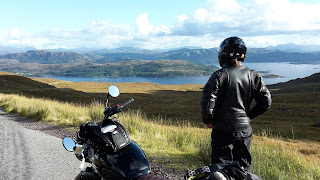 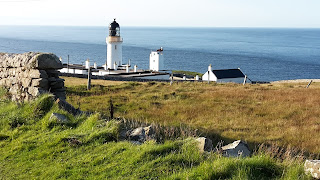 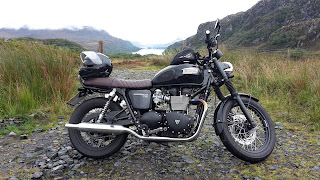 L had a 'required purchases' list for our trip ahead which amongst others things included: Decent rucksacks- in the end we opted for Packsafe's 45L and 65L. Water purifying bottles- the type that advertise to make even water from the Ganges safe to drink, L put a ton of research into this and in the end we decided on different two different brands to try out 'water-to-go' and 'drinksafe systems'. Waterproof socks for L- not something I knew existed, but his logic concluded they would counterbalance his mesh type trainers thus keeping out any lingering monsoon weather.

THE AIRPORT FIASCO.
Previous to our spacious Emirates flight out, L's dad had kindly dropped us off at Newcastle airport in plenty of time. I managed to get my 45l rucksack on as hand luggage and L had checked his into the hold. We were going through security when my phone rang, I couldn't answer it at the time because I'd just been taken to one side to have my rucksack searched. Apparently our solar panel charger (which had been so vital in France) looked overly suspicious. That, along with several hundred pills of various sorts which I was carrying for the both of us: Anti malaria, vitamin B1 and garlic tablets. The garlic and B1's were recommendations from various people who swore by them to deter mosquitos. Slightly sceptical, but having nothing to loose, we thought we'd test them out. I must admit the smell after opening the garlic bottle nearly knocked me out. That alone was surely enough to make all living thing about turn.
As the security man picked up the bottle of garlic tablets to read the label I held my breath. He'd be in for a BIG shocker! As luck would have it he didn't open it and moved on from my pharmaceutical section to un packing the rest my bag. Thankfully another of L's 'required purchases' were 'packing cubes' for organising our clothes etc within our bags. This meant the security guard didn't need to rifle through my underwear, and could simply lift out the two packing cubes of clothes I had in there, seeing what was inside through their mesh tops.
When he'd quite finished searching and drug scanning my bag, I had chance to see now two missed calls from my dad. It tuned out he was with J downstairs in the airport, having arrived to surprise us and say goodbye. It certainly was a surprise but having just gone through security we were unable to go back! Sadly we had missed each other by a handful of minutes and after paying the car park fee Dad and J set back off home, later waving to us as our plane flew over head.

Today hadn't gone smoothly and prior to all this I'd accidentally dropped L's water-to-go bottle on the airport floor snapping off the little 'nub' you use for pushing up the drinking straw so as to avoid touching the drinking straw with your hands, thus rendering it completely useless. After all there's no point in a bottle filtering all the nasties from the water within it if your going to handle the piece you put into your mouth with potentially nastiest on your hands. Most annoyingly I couldn't find said plastic nub anywhere on the airport floor and I knocked over a queue barrier trying to do so.
I had 3 flights worth of time to come up with a crude fix solution... 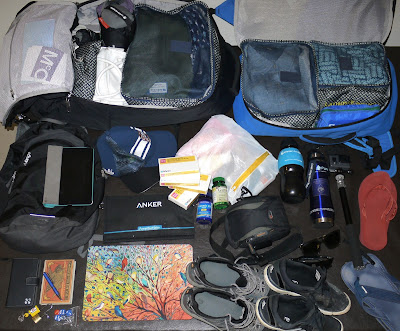