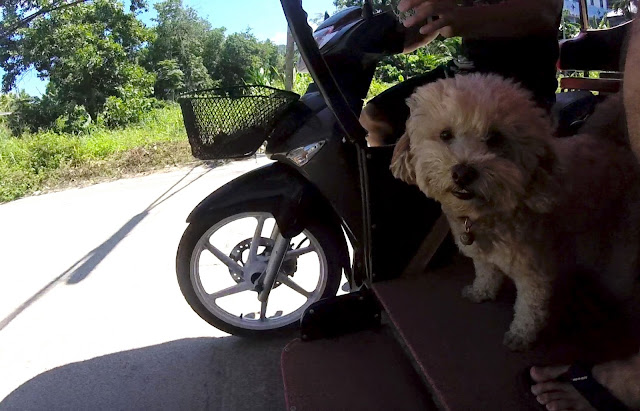 We landed into Krabi provence in the south of Thailand having watched an amazing sunset from the plane. I'd booked accommodation for 2 nights at 'The Morning Minihouse' to get us started. Even at £15 a night it wasn't the cheapest around. The room was a good size, the ensuite was clean, the breakfast turned out to be brilliant and the couple who ran it, Mr Oat and his wife, were amazingly nice. On our first morning Mr Oat recommended Noppharat Thara beach and took us there free of charge. It was a 5 minute ride in what can only be described as an interesting contraption, some sort of Samlor. It was a metal framed carriage with a side bench and a tarp roof, welded to the frame of a 125cc scooter. There was just enough space for myself, L and their little teddy bear like poodle (who also came along for the ride) but I'd seen others with 5 people crammed into the carriage. It turned out that Mr Oat was happy to take us anywhere we wanted within a 10 minute radius of the hotel...we made good use of this!
We extended our stay by another 4 nights, got a 30p per night discount! and a room upgrade. The hotel was a great base, close to a couple of amazing beaches from which you could get a rickety boat ride out to many of Thailand's world famous islands. 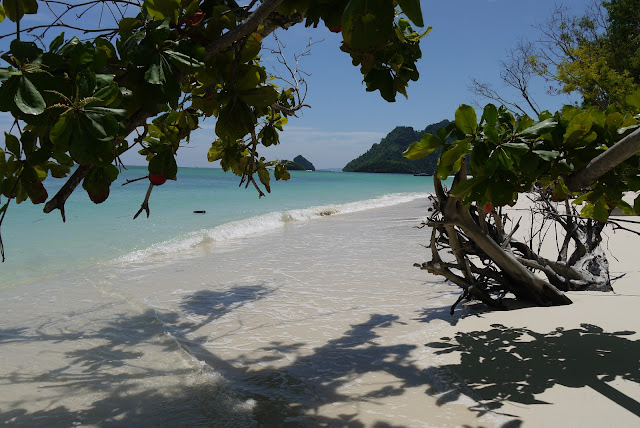 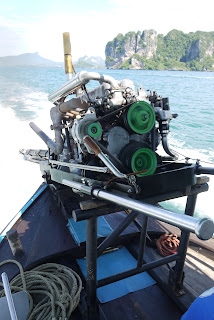 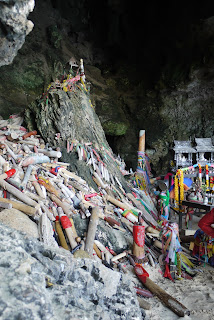 Much to L's amusement, the island hopping boat trip we were on stopped off at Ao Phra Nang beach where at the end stood a shrine within a cave which housed thousands of wooden carved cocks. Needless to say L had a good look around.

There wasn't much room left on the boat for the handful of people still needing seats. L and myself, already happily sat, were ushered by the captain to sit on the roof in front of where he stood. At first I wasn't sure if we were being moved to the 'cheap seats' but it soon became clear that actually we had the best spot on the boat. I also had a brief thought that if the boat did happen to capsize, then at least we would be clear of it. There was also the added bonus that after snorkelling the breeze dried us out pretty quickly. L was quite fascinated by the engine powering the boat, which seemed to be a huge truck engine plonked on a make shift frame, powering a long reaching propellor. Very Heath Robinson. Right up L's street. 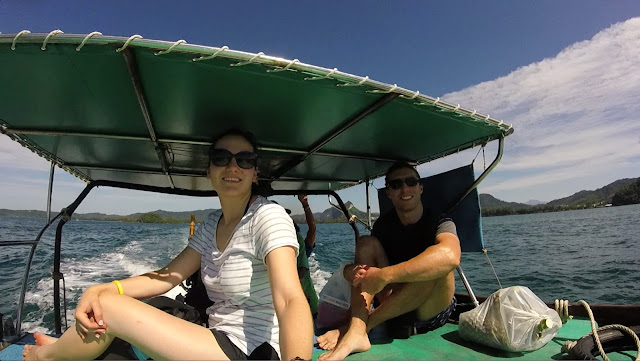 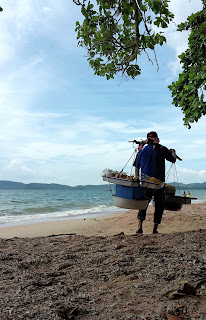 On occasion it has been known for L to be more adventurous than myself. This being one of those times, L disappeared off to buy some skewered BBQ chicken, marinated with some unusual  looking sauce (applied with a 2 inch flat paint brush),  from an old man on Ao Nang beach who had no teeth. He carried a shoulder yoke with a bbq swinging off one end and his cooked food and raw ingredients swinging from the other. Time would tell how L's gut would react. Speaking of gut welfare, I'll be writing about my wondrous quick fix solution for L's water-to-go bottle in my next blog post but for now, to those kindly offering to post out replacement parts, it's all good.

Over the next couple of days we would be following the recommendation of Mr Oat, renting a 'motorbike' which was in fact just a 125cc scooter (This didn't bother me in the slightest but I could see L twitching at the thought of downgrading from a 850cc bonneville) so we could explore some further afield beaches, a place called Tha Pom and go climb a mountain for panoramic views over Krabi Provence... Stay tuned... 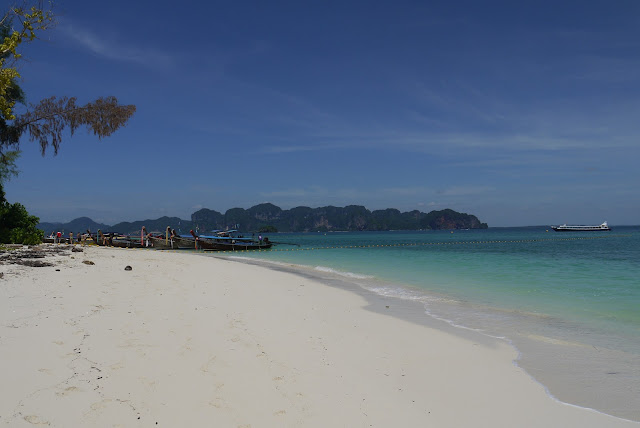 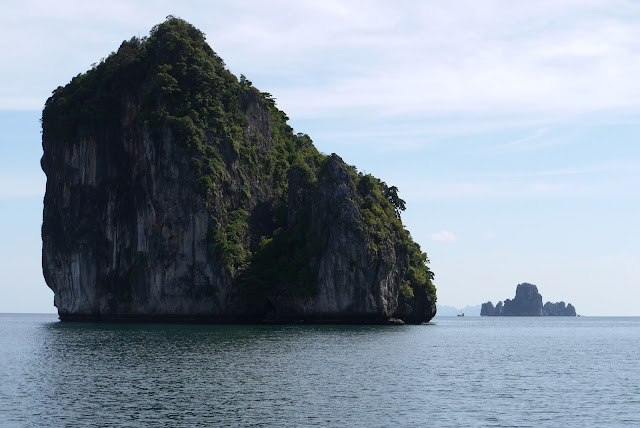 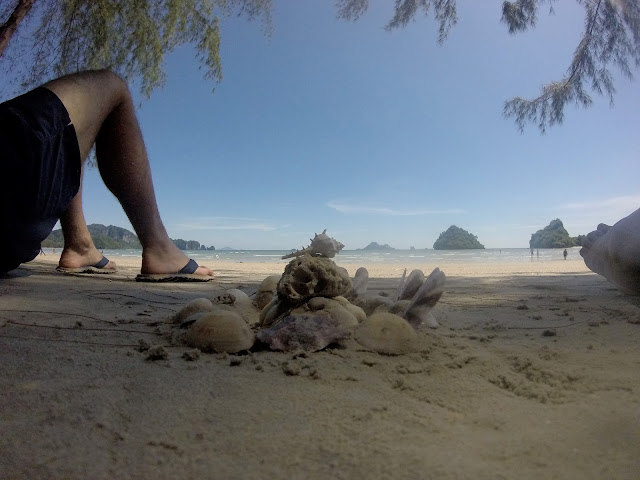 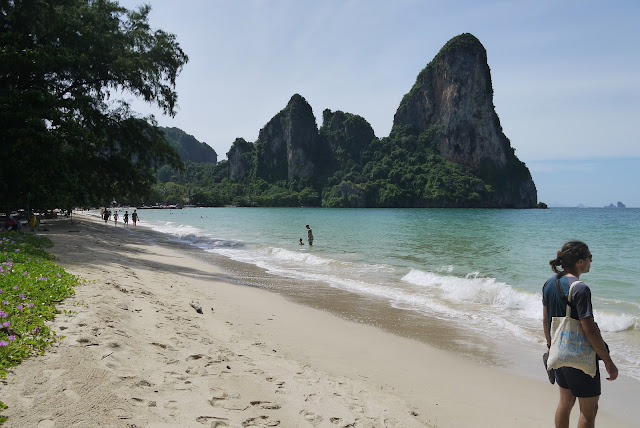 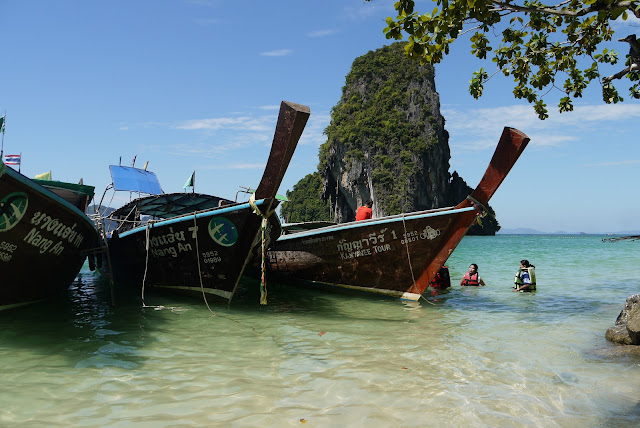 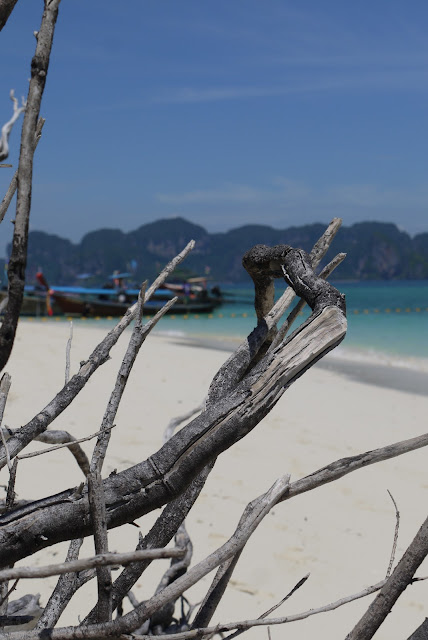