October 28, 2017
The street where our accommodation was situated has a multitude of businesses, from large hotel complexes to single tale, open aired eateries. Our commute to and from the beach enabled us to survey the options of where to eat. A number of signs dotted along the street, advertising for the same place, had taken our eye. It turned out to be a little three table eatery, trading as a restaurant but looking more like a cafe. With its little twinkly fair lights, quirky hand written wooden signs, and colourful walls, we thought it looked just the ticket. We decided that tonight, we’d eat at the “ vegetarian and vegan restaurant”. Ok so we’re both meat eaters but we do regularly enjoy vegetarian cuisine. As neither of us had previously eaten at a specifically vegan restaurant before, and seeing as there’s been a lot of change in our lives recently anyway, we thought we’d go in there for something different…though not looking to convert!

As we approach the open fronted venue, we notice a deposit of shoes, flip-flops and sandals laying redundant on a rug. This footwear belonging to the people already dining. We stop to remove our shoes, and include them in the hap hazard array of others on the ground. We ask for a table, and are told to that if we wait for a few minuets, we can have the one towards the front where a couple are just leaving. Excellent we thought. In a few moments we are seated and presented with menus. We examine our options carefully, I decide on the vegan lasagne, and N opts for the vegan basil, tomato and spinach pie. We order one lemonade and one mango smoothy.

The two remaining tables were both to the same side of us, one further back, one further forward. Further back, was a table of five American girls. Becoming ever more noticeable by their high-pitched gaggle that was almost drowning out the entire room with comments such as, “ O, you know what, the best falafel I’ve ever tasted was in Paris”  We had a good laugh to that one! The table further forward had an English couple, there friend and two kids, who were also english. These where quieter thank goodness, though not without irritation as it would transpire.

We wait for approximately 25 minuets for anything to appear on our table after ordering. Remember, two drinks and two meals. The first item that arrives is my lasagne, noticeable that its been taken out of a foil tray, evidence being the profile of the corrugations that you find on the sides of takeaway trays. I could look past this, as I guess for a small operation it makes sense to batch produce then cook as required. Strange to not have the drinks first though, but perhaps everything was coming together? The second item is my lemonade, carried by the same thai girl who was now just repeating the word “sorry”. She didn’t seem to have be provided with a tray to aid her, so had spilt some of my lemonade on the floor. We look at each other bemused, why was the owner sitting down doing nothing for his customers, whilst waitress is solely trying to do about five or more thing as once?

We wait for another five or more minutes for the mango smoothy to finally appear, presented once again by our very apologetic thai waitress. Still waiting on N’s pie I stave off starting my lasagne until there’s a very serious chance of it going cold. N encourages me to start so as to avoid my becoming ever more frustrated. All the while, the sound of jabbering teenage Americans continues. I pause half way through eating, not wanting to finish before N’s had even arrived! This was not to be a reality, I continue to eat the lasagne so as to be able to eat it warm and by the time I had finish, we’d both finished our drinks and the pie was still no where to be seen. The owner however had been able to supply himself with a pizza to eat, while the poor waitress continued rushing at full pace. Eventually she brought over N’s pie accompanied with the all too familiar word, “sorry”. By this time, we had noticed that the young waitress had been “cooking” though more realistically, warming through, using the type of table top 13amp oven and hob combination machine you may find in a university students bedroom.

One of the British guys on the other table, was making far too much fuss to his friends about how great his food tasted. What was he eating? Had we ordered wrong? Or were his tastebuds just in need of calibration? Our meals were at best mediocre, nothing at all to shout about the way this guy was going on. He continued to bleat on about the large size of the portions. Perhaps it was just me, perhaps I was just already irritated but the one thing I would bet money on seeing at at vegetarian / vegan restaurant, is a side salad. Not one plate on any table had a side salad on it. You get side salads at standard meat eating restaurants, but not at a vegan place? I can’t help but feel I’m getting mixed messages.

The British table finish before us and went to exit, the vocal guy proceeding to tell the owner, how great the food was. The owner who was I believe, of eastern european descent, didn’t even crack a smile in appreciation for the nice but some what unfounded comments, that were being fielded his way. Unbelievable! As the British table leaves the woman wheels the push chair, carrying one of the offspring, over my parked flipflop. Unnecessary as there was ample space to avoid such a display of carelessness. I do believe that if any one is to run my flip flop over, it should be me and me alone. I am over the top? I am being too up tight?

We notice something has changed in the restaurant, other than the departure of the British table. Silence. Ahh yes, the Americans have turned their attention to their mobile phones. A display of 21st century youth behaviour, each one transfixed on what I imagine to be some sort of horrific teen social media. At least it gave our ears a break from the high pitched tones of “ O, I couldn’t eat another bite! ” Whatever!

The American's begin to stand up but not before the waitress hurries over with an empty washing up bowl, holding it securely with both hands and indicating they stack their dirty plates and cutlery inside! As they head to leave after paying their bill the owner then calls them back to the rear of the venue. We overhear him explaining that the restaurant is closed tomorrow, so would they like a muffin each, to save them going to waste. Our ears perk up. “ Well perhaps it may end ok after all, if he’s giving away free muffins” we say to eat other, in an attempt to make our visit here justifiable. Once the American’s have walked into the distance we get up to pay, we notice two muffins in the glass cabinet at the counter. The owner, says he is sorry of the wait for N’s pie. I think to myself “clearly you are not, as you sat on your arse eating your own pizza, as the young waitress single handedly struggled on. Nor did you approach us at the time of waiting to explain that there may be a time delay.”  We pay politely and await our invitation to each take a free muffin. Nothing happens. Nothing. We leave increasingly disgruntled. “Why did we pay full price? We should have said something, we’re too polite!” …was the rhetoric that accompanied our walk back to the Morning Minihouse.

It may be just me, but I would say that the majority of society has a somewhat sceptical view of vegan cuisine. Expecting it to be flavourless because of the lack of meat, butter, egg etc. I would expect an owner of a vegan restaurant to be aware of this societal preconception, and in turn want to give the best portrayal of ‘veganism’ by means of tasty, well thought out menus, and amazing service. I can only conclude that this vegan is in the wrong game! Perhaps a career in the prison service may be more up his street. He certainly hasn’t helped to instil any vegan principles into two of his recent diners.

We returned to eating Thai food the following night, and all was well with the world. The service and food was impeccable, and all served up with a friendly Thai smile, and ……………side salad. 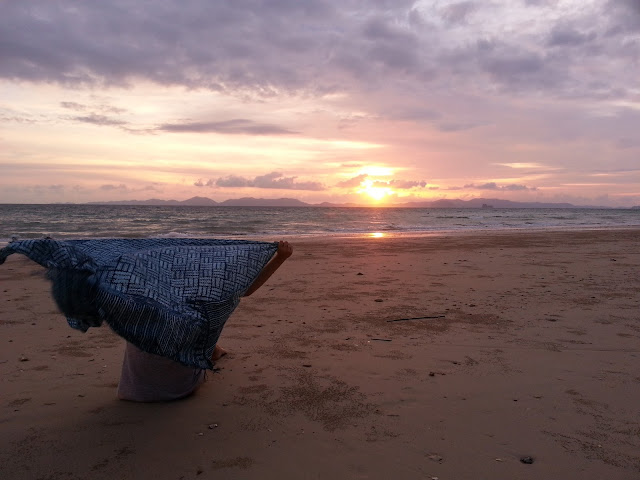