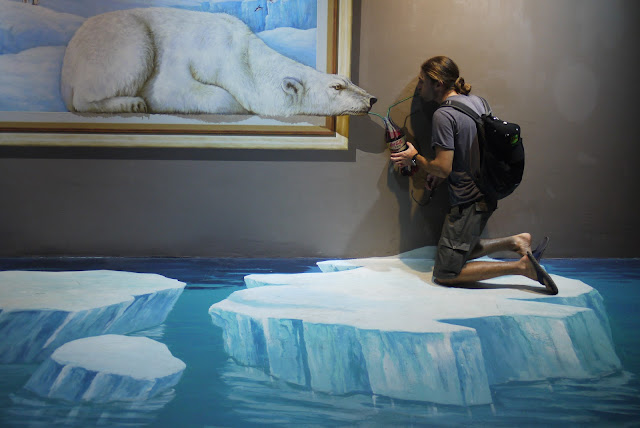 Where to start!… Finding ourselves with a few hours to kill and after studying a tourist map of Chiang Mai, an unusual P.O.I caught our attention “ Art in paradise museum”. Sounds intriguing we thought, not knowing quite what to expect….

We took a walk in the direction of the museum. Emerging from a typical looking side street we entered onto a bustling main road and in font of us stood a some what out of place building, given the style of the surrounding architecture. “ Art in paradise” was written above a faux romanesque entrance… We had arrived at out destination. The “museum” turned out to be an art gallery for 3D illusionary art. On the most part, interactive, allowing the visitor to become a part of the work. Given that N is the official trip photographer, this meant that I became the official subject! (Bar a few occasions when our roles reversed.)

Once inside, the strange looking building’s original purpose became clearer. Originally built as a theatre or cinema it was spread over three levels and one thing that made us laugh was that the escalators for accessing the different levels had been made immobile and…they were carpeted! Looking at the wear on the carpet, this wasn’t just for a special occasion, this was obviously a decision made years ago.

We followed the given route, finding ourselves passing through different themed areas. At first N wasn’t overly impressed. Okay so it was slightly tacky, probably great if you had kids but after five or ten minuets of dubious hesitation about the venue and it’s so called illusionary art, which on the most part was simply images painted on the walls, we developed a feel for it and got stuck in! 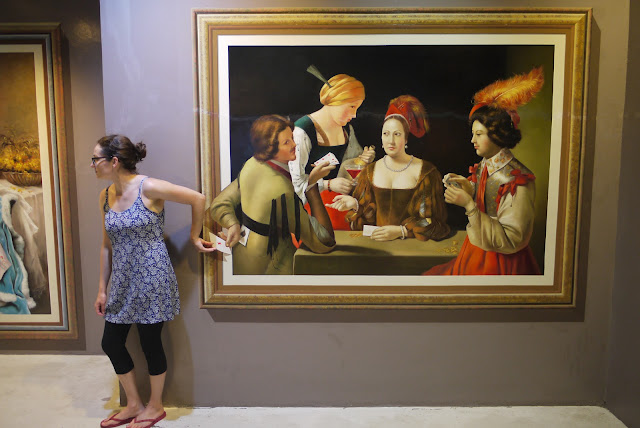 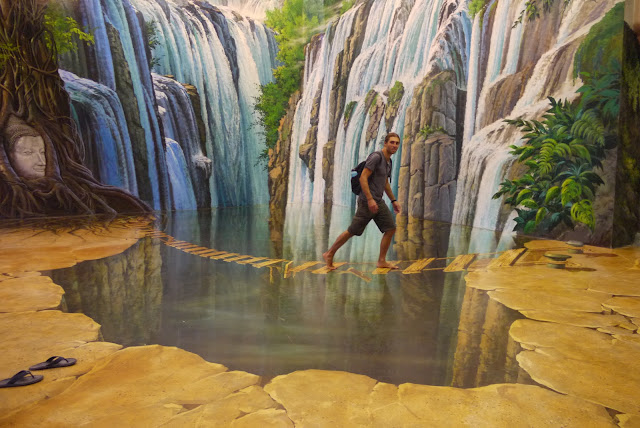 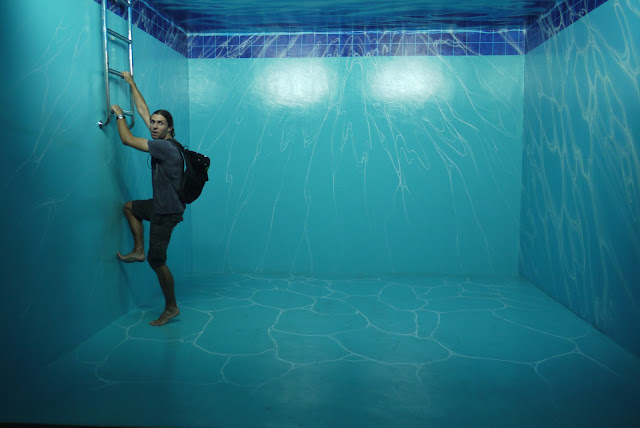 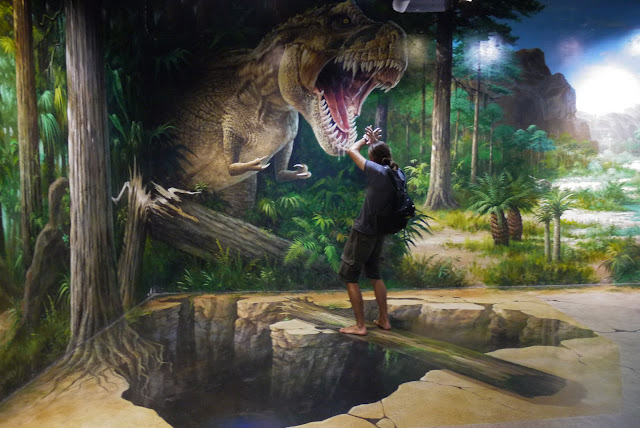 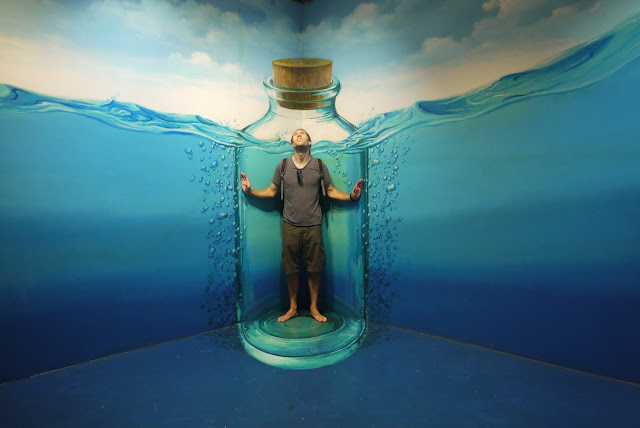 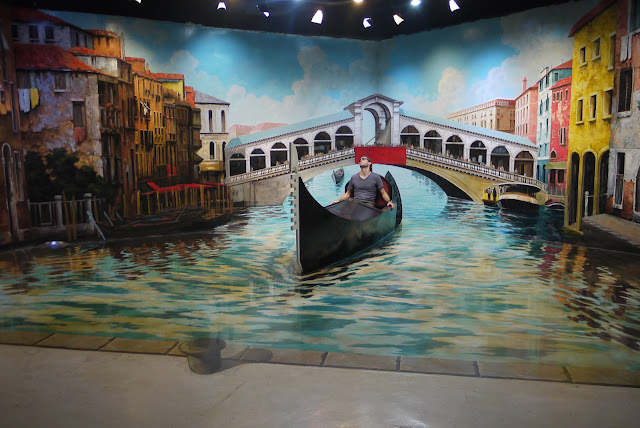 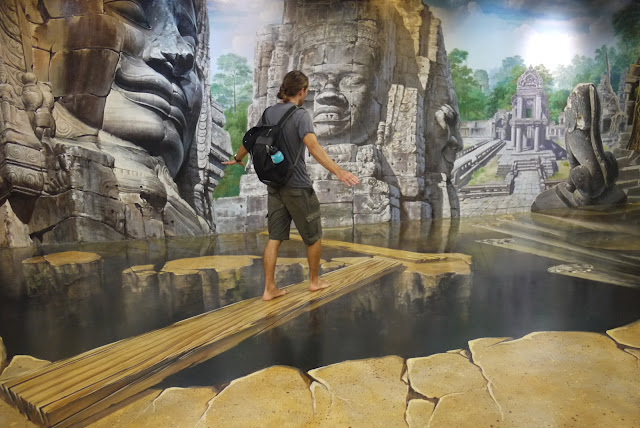 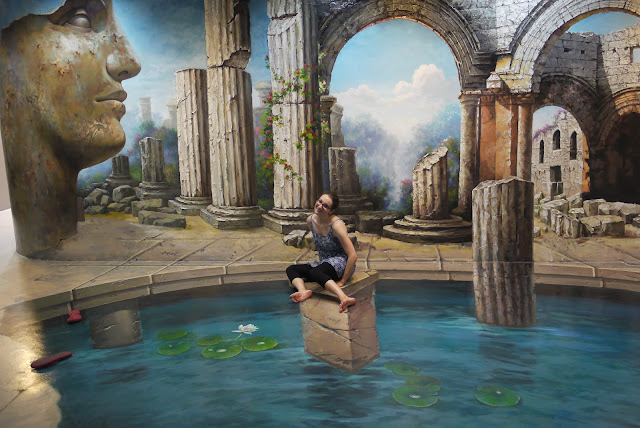 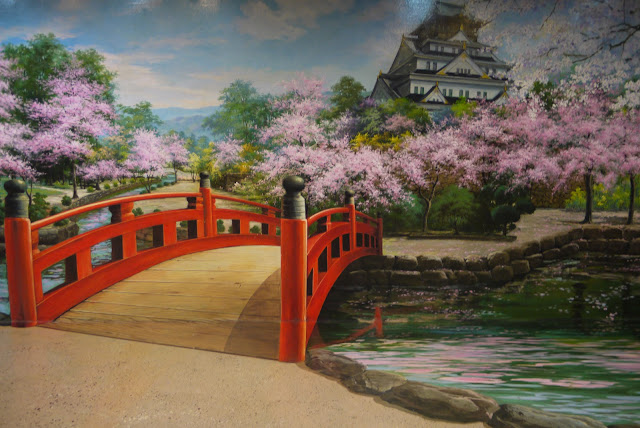 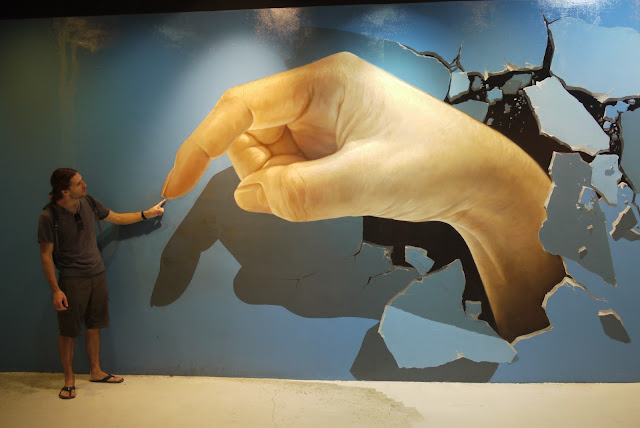 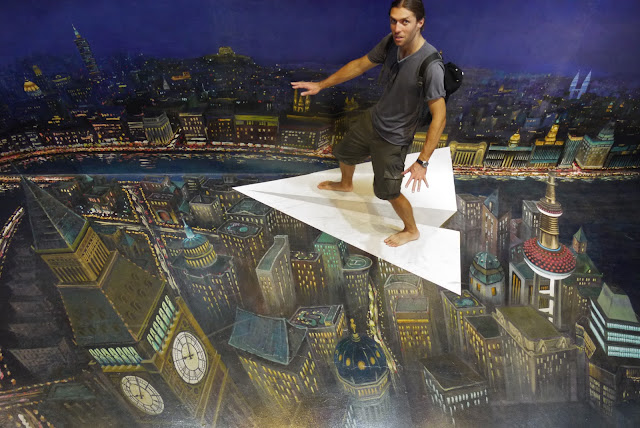 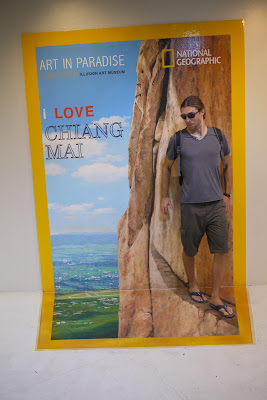 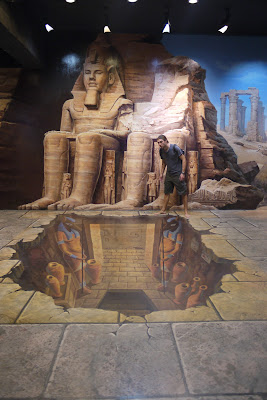 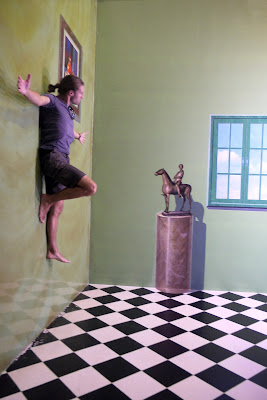 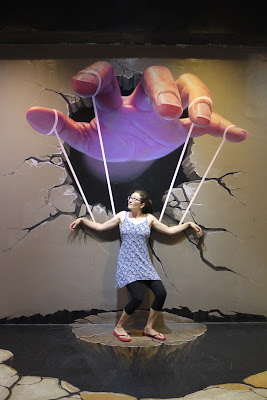 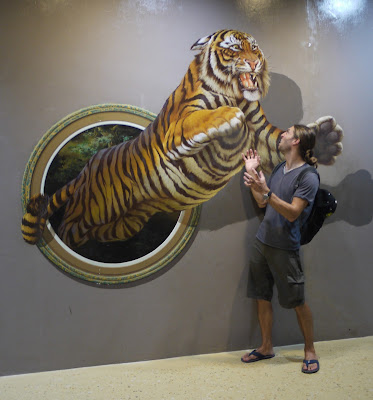 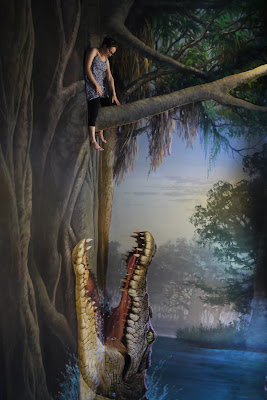 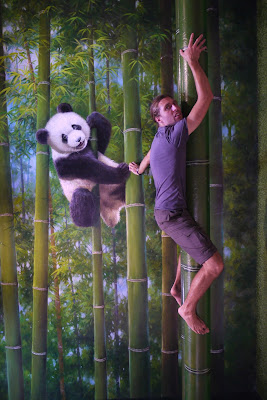 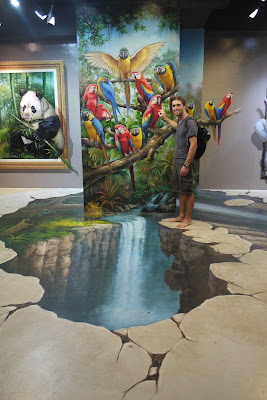