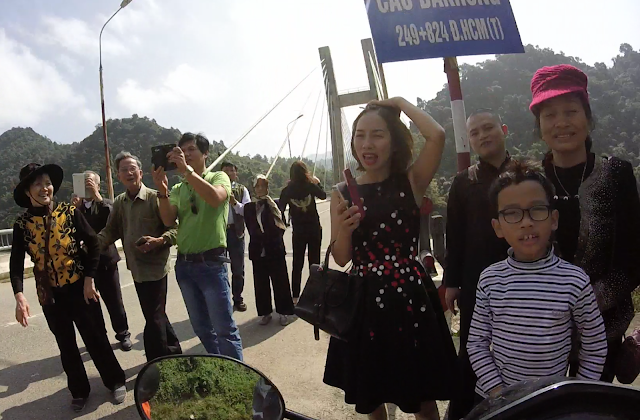 I really don't know who they thought we were but L and I were hot stuff! We'd pulled up on the side of the road to check the map, not wanting to continue and take a wrong turn at the fork out of the town, when suddenly out of nowhere, we found ourselves surrounded by 20 Vietnamese. Their cameras, phones and selfie sticks poised.

There was absolutely no holding back from this holidaying Vietnamese family. We had their arms around our shoulders and their faces pressed against our helmets, in what was turning out to be a 'revolving door' of a photo shoot. In a sort of frenzy, every family member eagerly waited their turn for a photo with us, their 'celebrities'. Vietnamese instruction was being shouted by the posers next to us, to the family members with their phones taking the photos. It was such a bizarre situation that I completely forgot to GoPro what was unfolding until at least 10 minutes into the surreal experience but having got some footage of the later stages, I've managed to grab some stills. 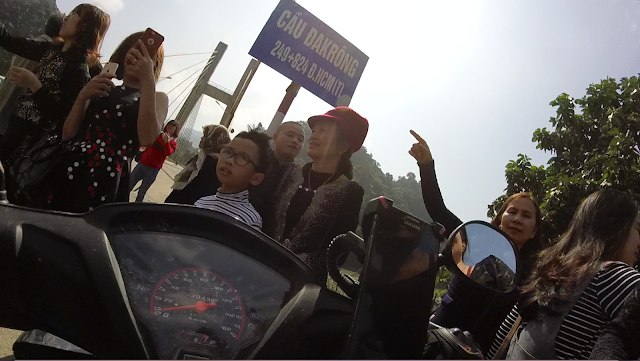 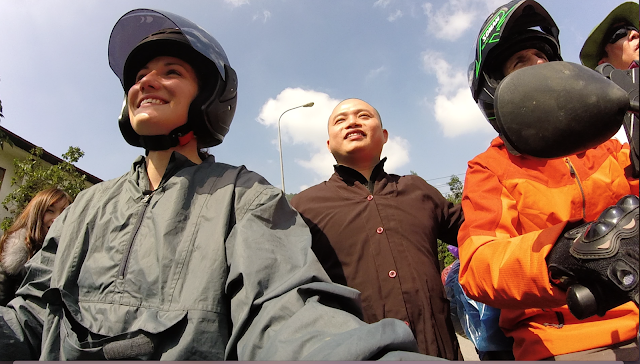 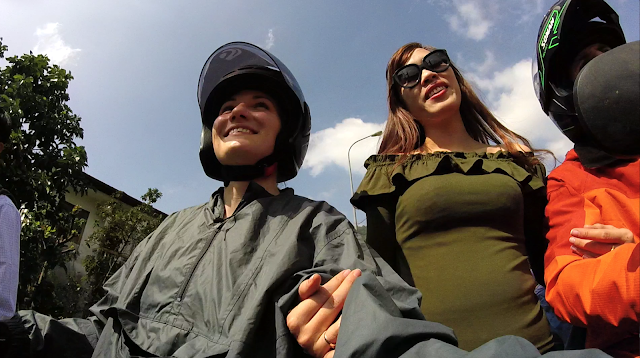 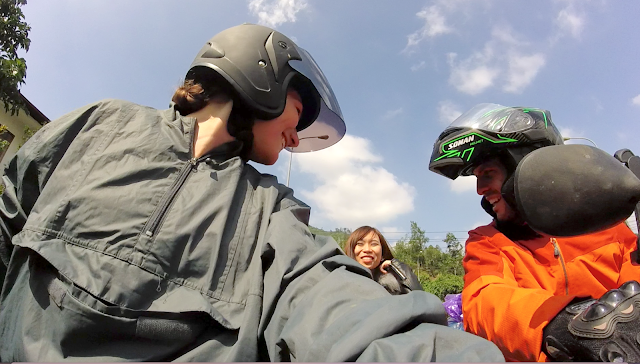 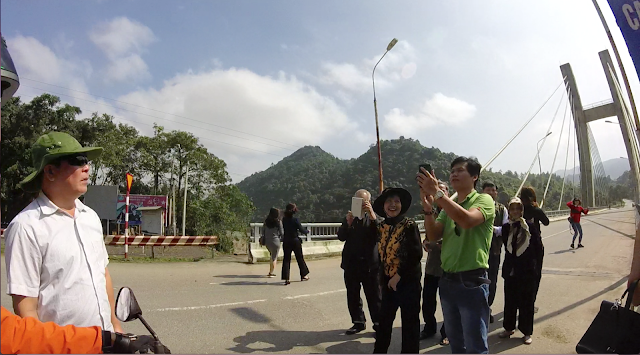 One photo didn't seem enough, especially to some of the women who came back for more and more selfies, every time preening and adjusting their hair in our bike mirrors.
After a good 15 minutes, the only way we could see to draw this to a close and break free, was to start the bike engines. With big smiles on our faces, whilst waving and shouting our thanks, we managed to negotiate through the crowd, continuing along the road. We were still none the wiser as to which fork in the road to take, having not actually had a chance to look at the map before getting caught up in our Vietnamese whirlwind. 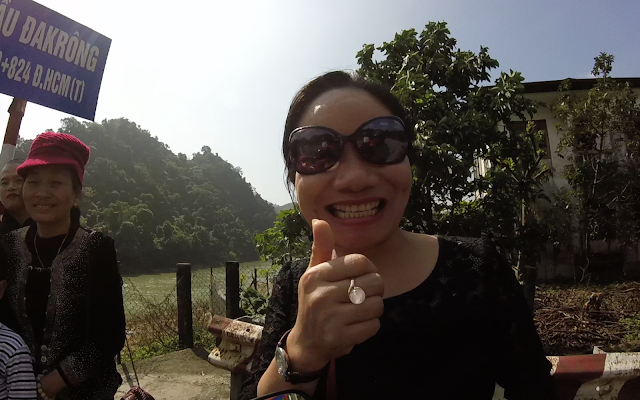 Our uplifting encounter had brightened our morning. This was perhaps what L had needed after his  total disappointment over breakfast. The breakfast photo and promising breakfast reviews on our accommodation's website, was for L, the major factor in deciding between two places to stay. L had been massively geared up... His expectations were high.  When the lady brought something which did not in the slightest resemble the photo, I could tell L was having major difficulties internally processing what had just been put before him. For those that know him will agree, L loves food and is quite particular (almost verging on OCD) about certain aspects to do with eating. For example it took him nearly 3 weeks to come to terms with the fact that in S.E Asia you will not be given a knife. Most food is eaten with a fork and a spoon. The spoon to eat the food from and the fork to help put the food onto the spoon. So when his substandard breakfast sandwich arrived in a bowl and not on a plate..... The world was about to end!...
15 minutes of fame 3 months travelling breakfast nightmare famous fox on a lead Hanoi to HCM motorbike vietnam motorbikes motorcycle touring OCD selfie South East Asia Travel travel Vietnam
Reactions: