36. IT DOESN'T MATTER WHERE IN THE WORLD WE ARE, L WILL ALWAYS FIND... 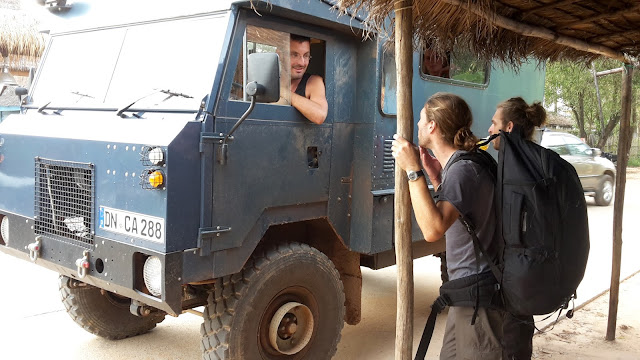 For as long as L and I have been together he has owned, restored, talked and dreamed about classic cars. Indeed this is a guy who at aged sixteen bought for his first car, a 43 year old Ford Anglia that hadn't been on the road, let alone even started for years. He is attracted to just about anything that is from a by gone era. I'm sure if it wasn't for the impracticality of using a steam engine as his daily runner, he would do so.

Over the years we've had to stop for many a photo shoot when something in the street or perhaps even laying redundant in someone's garden, has caught his attention. This is not just an exercise that happens in the UK, international intrigue equally exists and our 3 months in Asia had been no exception. One of his first finds and of course very fitting (I admit I was quite excited for him as neither of us expected to come across any) was not one, but two Ford Anglia vans! Sat side by side, rusting in peace under a dilapidated roof next to the out of town road we happened to be passing along in Thailand.

It's worth pointing out that L manages to get as excited about a classic vehicle that is only scrap worthy, as he does about one that's in mint condition. Here's a few snaps of L's vintage S.E Asian finds...


L also has a soft spot for Land Rovers after running a 1996 Discovery as his everyday vehicle for the last four years. More so than the Discovery, he has a huge crush on a more unusual model, Land Rover once made: The 101 forward control. In essence a very large box on wheels. A relatively small amount were made for military use during the 70s and 80s which means it's a rare sight to stumble across one still in use..

Over the years I've had to endure a countless number of "lectures" from L promoting the use of these as expedition vehicles, campers, and generally something essential to have in ones life. These lectures increased in frequency during our travels in S.E Asia as L's thoughts shifted towards what next for Australia. So imagine his excitement, when on our last night of our 3 month trip we turn the corner onto the road where we planned to stay and there in front of us was the back end of something quite familiar. Parked right outside the place we were staying and perhaps fearing they may drive off, L paid our tuk tuk driver in lightning speed and rushed over to the drivers window for what turned out to be a rather long chat. This German couple had bought their 101 from England and kitted it out especially for driving all the way from Germany to Australia. They were six months into their trip and were travelling without an end date, it sounded fantastic.

This got us thinking about the world touring French couple we met right on the northern most tip of Scotland, sitting in deckchairs and watching the sun set their next to their unbelievable monster truck home on wheels. Perhaps I need to give more thought L's idea of touring Australia in some sort of quirky camper van contraption that we've cobbled together.... People seem to do it. 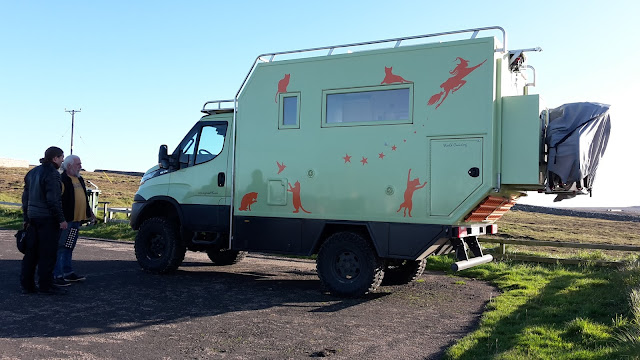