We were only into day 3 of a potential 365, when a nightmare of all nightmares abruptly woke me up. Bizarre unfortunate circumstances were fairly usually occurrences for myself. So it was of no surprise that out of the two of us, it would be myself not L, who would experience the cruel morning wake up ordeal about to unfold. The nightmare of all nightmares being: an unidentified bug to the face! Who needs an alarm clock when you can have a large unidentified bug crawl over your face?
It was 7:30am on the dot when my ‘moving alarm clock’ shocked me awake, bolt upright. I will admit that this was probably the most effective ‘alarm clock' experience of my life, to date. You see I’m not a morning person, instead i’m a repeat offender of hitting ‘snooze’. There was no snooze this morning, this one had me fully alert in less than half a nanosecond. It would appear that whilst peacefully asleep ‘bug’ had crawled up onto my pillow and across my face. An instinctive face swipe followed by sitting abruptly bolt upright and exhaling rather loudly also woke L, who appeared more traumatised than myself. ‘Bug’ turned out to be a huge cockroach who was now scuttling around the bed with us still in it. Pillows and bedding flew everywhere whilst L and I danced around on the bed. Eventually L flicked cockroach onto the floor, where he disappeared and peace was once again restored in our now upturned room. I can only be thankful it wasn’t a spider, or that I don’t sleep with my mouth open. (Ears are another story!) Good morning Australia! 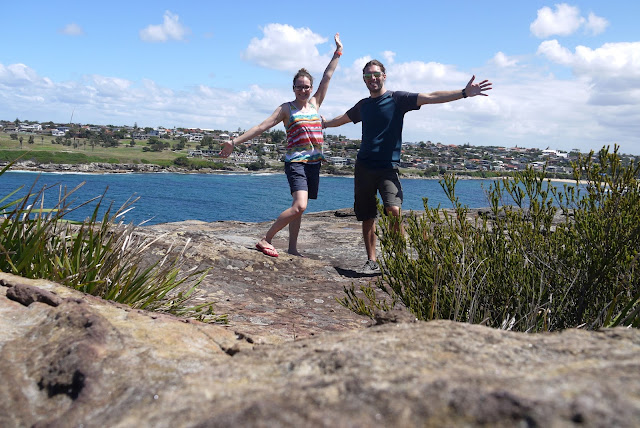 You’ve probably guessed it and you’d be right, L and I are on adventures new! Our 3 months in S.E Asia seems a life time ago after our 1 month stay in a snowy UK. The last week in February saw us pack our bags, buy a 1 year visa and 1 way ticket to Australia and leave the UK just before the ‘Siberian blizzard’ took hold. Well so we thought.
Actually flights over Europe were already being delayed because of the snow and we ended up sitting for 1h15 on the runway at Newcastle, waiting to take off. This in turn left us with a meagre 15 minutes to get off the plane and power walk across the labyrinth of what is, Dubai’s international airport, through security and onto our next flight. Miraculously this was successfully achieved by following our designated chaperone who grabbed us as we left the plane and then proceeded to march us to where we needed to be, through a series of short cuts, all the while scooping up more stragglers from other connecting flights. They too had just minutes left to board our flight which was good for L and I, as it boosted the numbers meaning it wasn’t just us who had to board the (now delayed) plane to a sea of onlooking, unimpressed, already seated passengers. 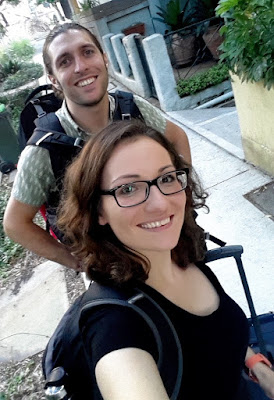 The grand plan is to spend a year circumnavigating Australia. L and I had deliberated many forms of transport from tandem cycling to motorbiking to hitchhiking and in the end settled on ‘campervanning’ our way around. We’re very aware that the most part of Europe would fit inside this huge red country, but we don’t do things by half, our tandem cycle adventure proved that, it’s go big or go home. So here we are, in sunny Sydney searching for just the ‘right’ vehicle. Something along the lines of a house on wheels....