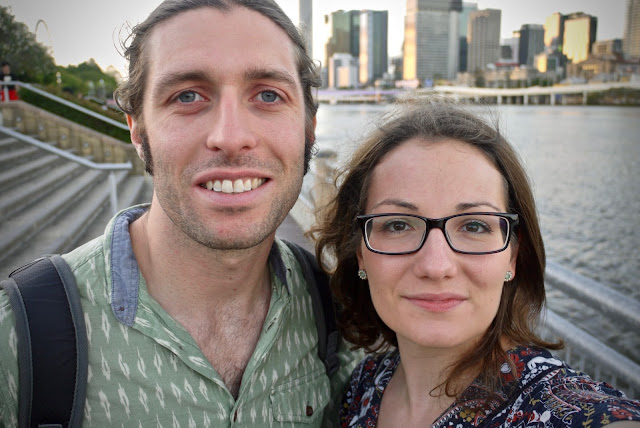 The wonderful world of Workaway’s. Workaway is a slightly basic yet fabulous website where you can create an account, fashion a profile (In our case a joint profile $40) and then venture out into the world in search of your perfect getaway. In return for giving a few hours of your time each day to helping out your hosts, they will accommodate you and cover the cost of your food and drink for however long you’ve arranged to stay. On your profile you specify what skills and interests you have to offer and hosts in need of these, can search for them and contact you. Equally the ‘workawayer’ can search specific locations for hosts, or search specific types of help wanted. Workawayer's can view host profiles and make contact to ask for availability. The whole system works on a reviews basis. Both parties leave reviews which others can read and use to formulate their own decisions, hopefully avoiding any Wolf Creek situations. L and I will be using workaway as we drive around Australia to break up being continually on the road and so far we are receiving plenty of offers. 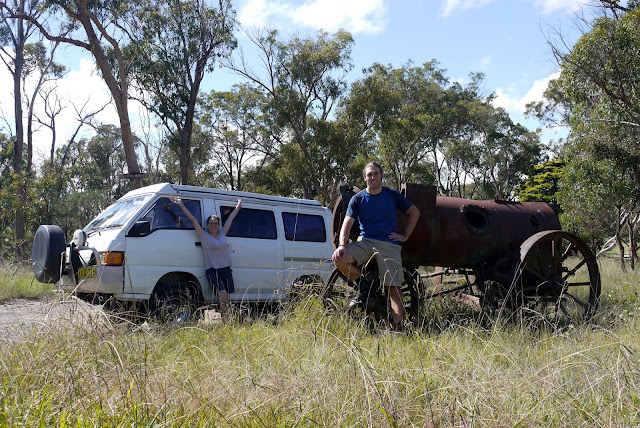 Alistair had consulted his well used road atlas and plotted our route out of Armidale and onward to Brisbane. ‘Waterfall Way’ formed the first part of the journey and the cramper-van was bouncing along with renewed energy. Which was good because a few days earlier, whilst staying at Alistair’s, L had made the rookie error of leaving the head lights switched on which completely drained the battery. Our first fuel stop since buying the crampervan, and one of an inevitable many to come, cost us a whole 86 British pence a litre. Bargain! Well not so much once we’d filled both the regular and the long range fuel tank…it was then the dollar signs began to roll. 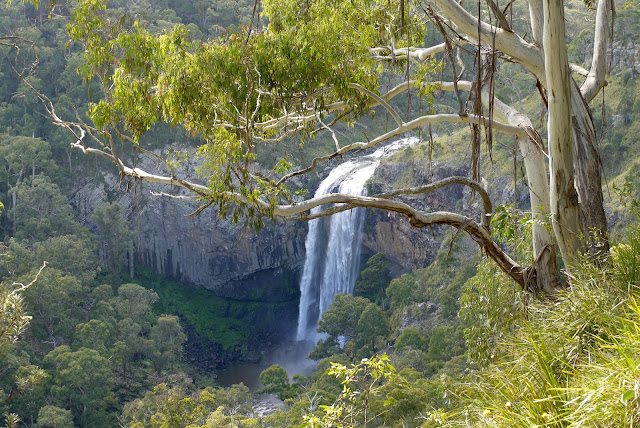 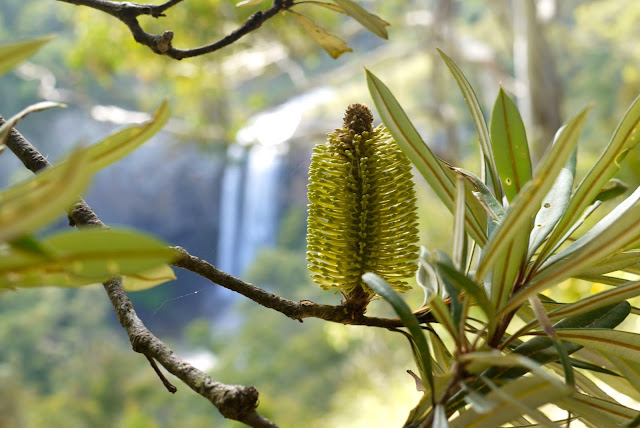 We made a quick stop at Dorrigo rainforest centre to eavesdrop on a an elderly lady who was sharing a story to the younger contingent of her family. It went something along the lines of how as a young girl she had once collected a handful of leaches, put them on her arm and then taken delight in showing her horrified mother. The old lady was reciting how she had been so amazed by these mystery creatures and how they were magically growing before her very eyes… Our main reason for visiting the Dorrigo rainforest centre however was the sky walk which boasted great views as far as the eye could see. 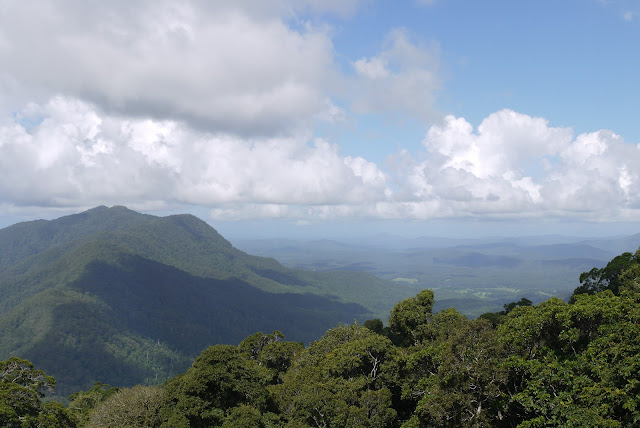 When we reached the coast at Ballina, we pulled up for lunch and beached ourselves for a short while. An old chap who was fishing caught L’s eye (not literally) and over he dragged us to engage with the old chap on the topic of fishing. So I came away 100% more knowledgable on local catches, mostly because I knew nothing on this subject to begin with, but more importantly we both came away enlightened about the free blues festival a little further up the coast. Excellent we thought, perfectly en route to Brisbane and fabulously spontaneous. 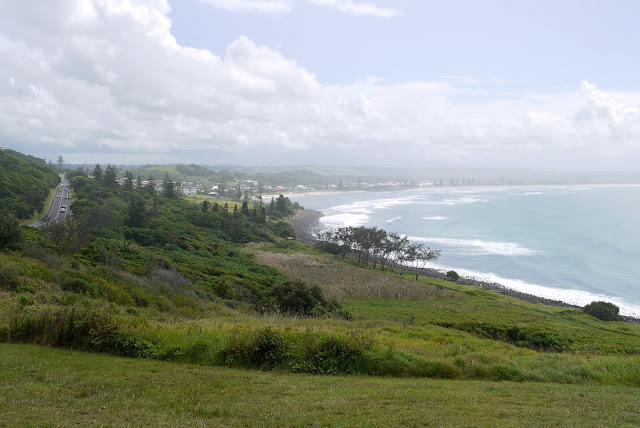 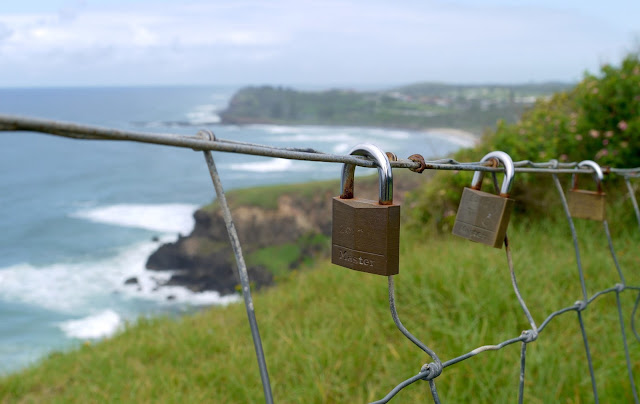 Drawing closer, huge signs were beckoning us off the coastal highway they read ‘next junction for festival parking’. Rather organised for a small town festival we thought as we followed a stream of cars across various fields. We were then directed into invisible parking bays by a fleet of high vis, traffic pointers who were waving contradicting gestures. L, Jazz-man, Phyllis and I, pulled up into our designated grass spot and in the glorious sunshine followed an ant trail of other bods towards the entrance. By this point we were both beginning to feel that this blues festival was a tad bigger than just your average ‘town music festival.’ Our suspicions were confirmed when we we’re denied entry and pointed in the direction of a sign which read ‘Tickets this Way’. The wrist band lady didn’t give a toss when we told her Frank from Ballina beach had sent us. No bartering, backhanders or Yorkshire charm would get either of us through this iron gate. We weren’t in S.E Asia anymore, in Australia things are done by the book. The ticket counter lady was charming enough but no amount of charm would be getting us to part with $500! Especially when we only had just over an hour to kill, that would have been a bit rash!
As luck would have it, our workaway stay in Brissy coincided with the 2018 Commonwealth games, held not too far away in The Gold Coast and Brisbane had their own, 11 day ‘2018 festival’ to celebrate. We had found our free music festival, saw the sun set over the city and watched the stage for a few hours with a starry night sky and twinkling city backdrop, what more could we ask for. 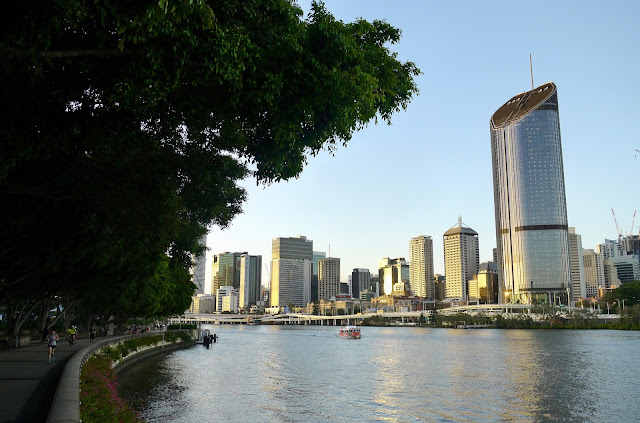 Our Brissy workaway was 30 minutes north west of the city in manicured Suburbia where 1 1/2 acre plots were set in well maintained bushland. Our arrival at our suburban retreat had us a little surprised when we found that we weren’t to be the only workaways there. Out of the darkness from the garden, appeared our two hosts and 3 other workaways, all brandishing wine and boules. 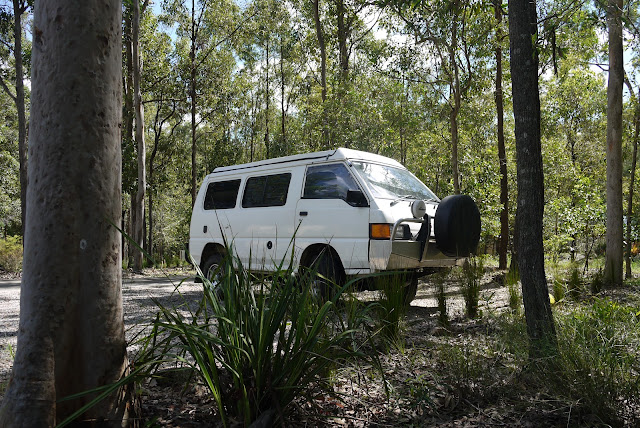 It was a contrast from Alistair’s rough and ready  200+ acre farm in Armidale (what he considered a “hobby farm” after his 10,000 acre sheep station out west). Alistair’s format had been to pack each day with a plethora of different tasks, mixed in with a whole load of fun stuff for which he became our local tour guide, chauffeur and information guru. We’d had a barrel of laughs with Alistair and he’d done a great job in submersing us in the Aussie way of life, farming and Australian humour.

At the Brissy workaway the daily structure was different, neither better or worse, just different and equally a great experience. L and I would help out in the mornings and have the afternoons to do as we wished. Then come the evening we’d all eat and socialise together. Both our hosts worked so they weren’t always around and at various points throughout our stay, we said our goodbye’s to our fellow workawayer’s. L’s task for our 2 week stay was to build a bar height, outside table and benches to sit under a recently (workawayer) built garden pagoda. Myself on the other hand had been tasked with helping out with the veggie garden, re-landscaping and redesigning our host’s ‘welcome’ brochure. 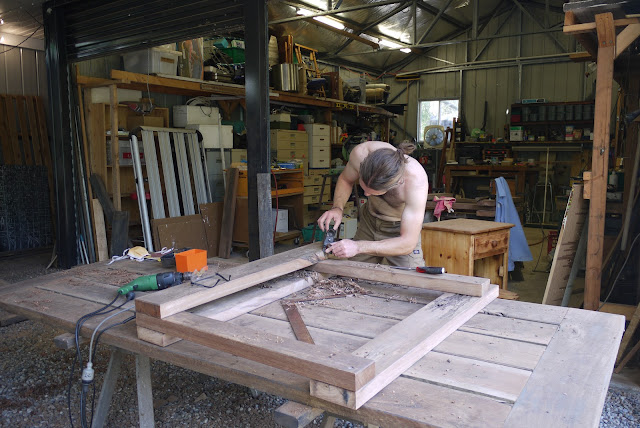 Using our spare time we made a few upgrades to the van. L adapted a galvanised metal toolbox to fit into a space under the step by the sliding door and also battled on with removing the microwave in order to utilise what was essentially dead space because we didn’t plan on using the microwave. This turned out to be a domino effect of inconvenience because in order to remove it, more and more items such as the fridge, also needed to come out so as to allow access to the not-so-well-thought-out screws holding the microwave in situ. Whilst L was taking apart the crampervan I set about remaking the curtains along with a couple of matching cushions, in a fabric a little less 90’s and a little more jazzy. 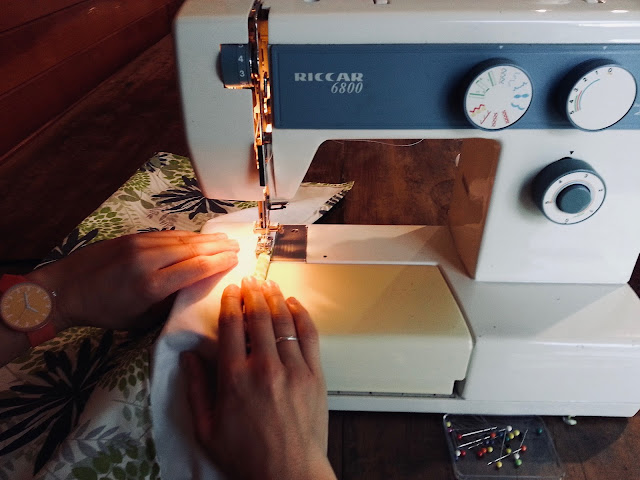 And of course there's always time for a bit of fun…. 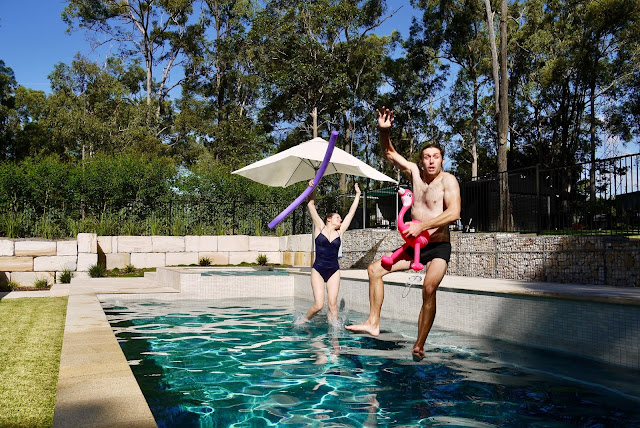