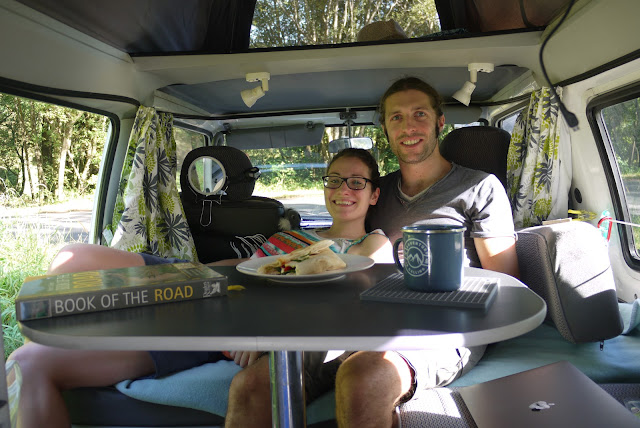 For as far as the eye could see we had the beach to ourselves and so there we sat, in total early morning bliss. Until out of nowhere a naked woman dancing crazily towards the sea proceeded to throw herself into the crashing waves. Evidently still tripping from the night before but she looked to be having the most amazing time frolicking around in the water to her imaginary music, and we were equally as amused watching her. Dancing woman’s spontaneous 15 minutes of crazy moves and face planting into the waves ended, luckily not with her drowning but when she danced off over the dunes and into the bushes to where she had come from. Oh how we love a bit of drama before 8am. 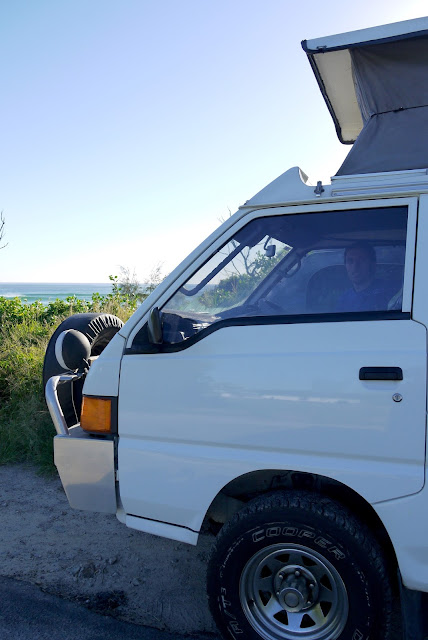 We all know that getting up at the crack of dawn goes hand in hand with camping and for the most part this was proving true with ‘camper-vanning’. For now at least L and I were finding this quite refreshing, despite the extreme prehistoric sounding dawn chorus which was making each morning wake up feel as though you were lost in a jurassic park film.

An impromptu overnight stop at Devines lookout, an absolute gem of a find, allowed us catch the sun dipping behind the inland mountains and wake up to a beautiful sunrise over a shimmering sea. If you want to feel like you’re on top of the world this place will do just that for you, and it’s only 5 minutes off the coastal motorway, but beware it’s a hang out for a million billion mosquitos (Cue the itching) and if you want to avoid a $110 fine you’ll need to be up and out early, in order to miss the ranger. 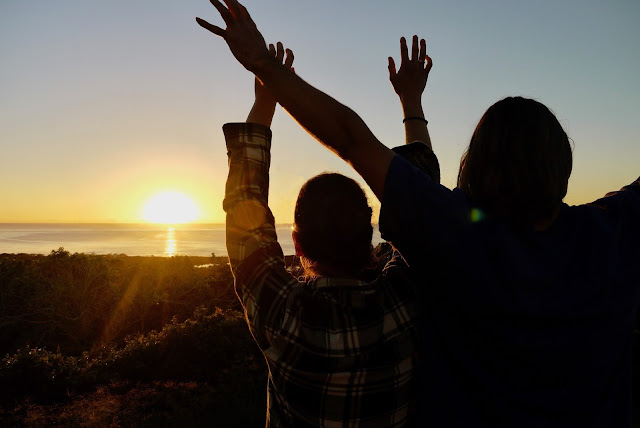 Prior to the above, we’d found our 2 week Brisbane workaway had come and gone incredibly quickly. Too quick for L who didn’t have the time to make the benches to go with the table… Perhaps a job for their next wood skilled workaway.
We’d left our Brisbane less 1 x pair of swimming trunks but up 2 x cuddly toys (a koala and a kangaroo.) L’s only pair of swimmers had flown to Melbourne in our fellow American Workaway’s luggage, destined it seemed for their own trip around Australia and despite being posted back, they didn’t arrive until the day after we'd left. 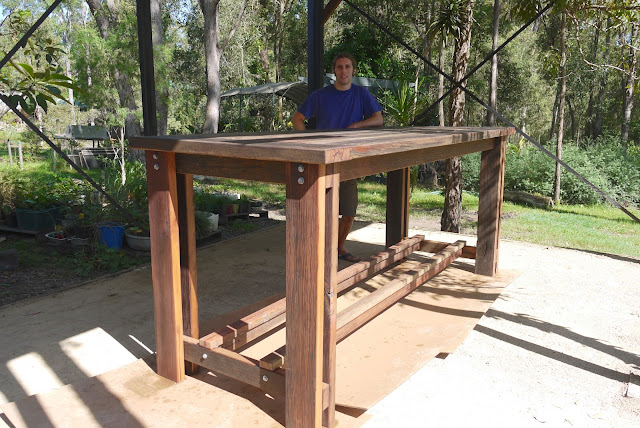 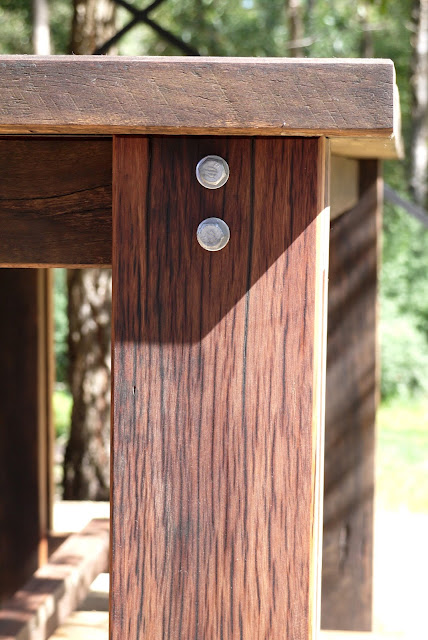 Having had no time on the journey up to Brisbane to stop off anywhere between Byron Bay and the city, we headed south doubling back a little so as not to miss out this small, yet worthwhile, section of the trip.
After a few sun filled days at Byron Bay we moved up the coast to South Golden beach, it was here we witnessed that eye opening beach dance unfold. The following day we packed up the crampervan heading for the wilds of Main Arm, a 30 minute drive inland. Main Arm as it turned out was pretty small, just a single shop which doubled up as everything; post office, convenience store, off-licence and much more.
M&J who L and I had met after after our tandem cycle to the south of France last year for a wedding party bonanza, and who usually live on a boat in Sydney, were in fact presently setting up their ‘land project’ in the wilds of Upper Main Arm. Upper Main Arm was a little further into the back and beyond than Main Arm itself but with the music blaring and crampervan bouncing, it wasn’t long before we rocked up at their unique little set up. #The good life. Plenty of pics to follow in the next blog post. Stay tuned... 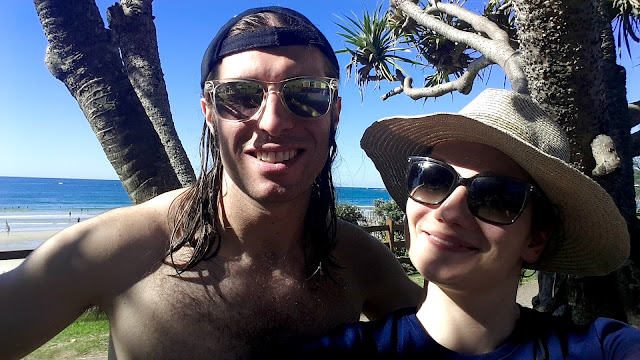 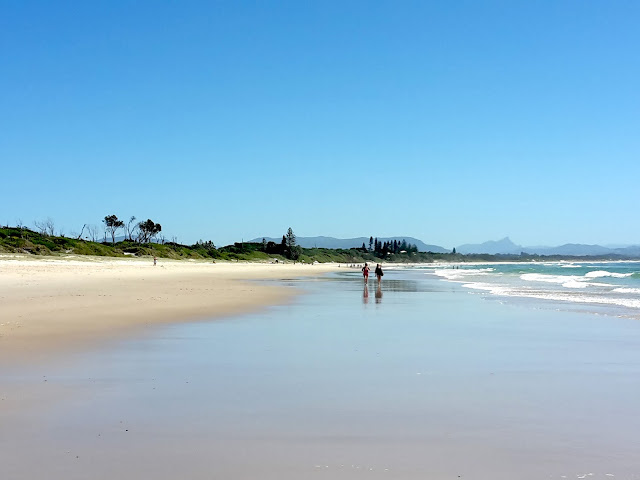 In memory of an inspirational Fox On A Lead follower who passed away after I’d written this post, and who will be greatly missed. Xx

Anonymous said…
Am on my magic carpet following you...you guys look so free & happy...the scenery is beyond words...the table built by "L" is awesome...see you around the next bend...