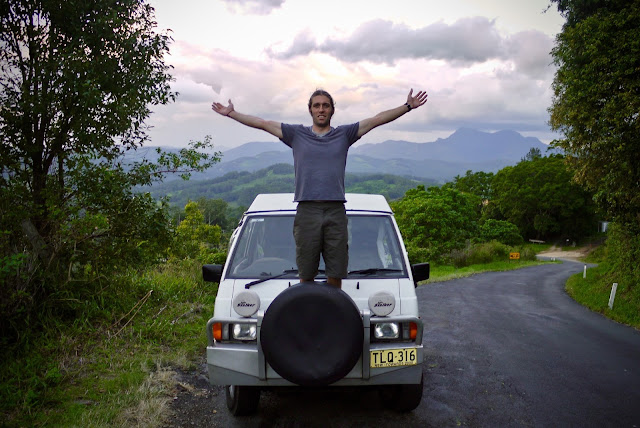 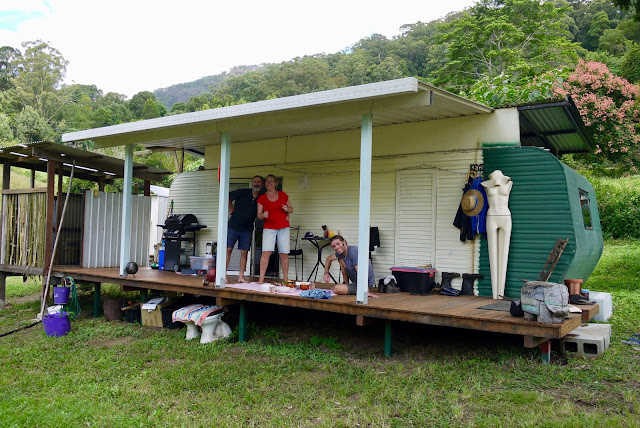 M&J were experimenting with 'off grid' living in the wilds of Upper Main Arm. Their mostly finished yet somewhat still in progress 'land project' was a far cry from their boat life in Sydney; but even Minky the boat cat had managed to find her land legs and would confidently venture beyond the decking. Our short time in Main Arm can be summed up with the following: good food and great company; an avocado overload; the discovery of chocolate pizza; waterfalls; walks; freezing plunge pools and finally… confirming my suspicions that it can never be too early for Gin. 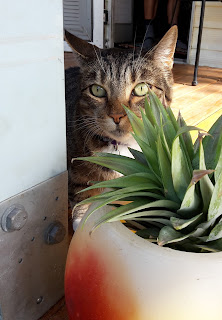 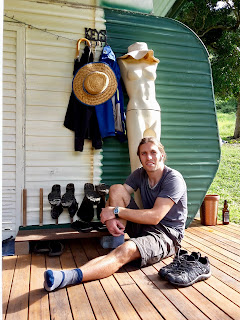 L too had already drawn this conclusion. I think his enlightening and surprising taste for cocktails discovered late in life, only last year in S.E Asia, had somewhat shifted his usual first priority for food. A few days prior to our stay in Upper Main Arm L had volunteered to do the supermarket shop but came out having only bought a handful of food items, of which was a single lime and then a bottle of tonic. Essentials it would seem to go with his most pleased-about-purchase, “a good bottle of gin”. I wasn’t too sure what we’d be eating over the next few days but at least he’d sorted the beverages, but with beer and now gin lining our shelves, the crampervan was slowly turning into a mobile bar and I wasn’t too sure on the legalities of this… 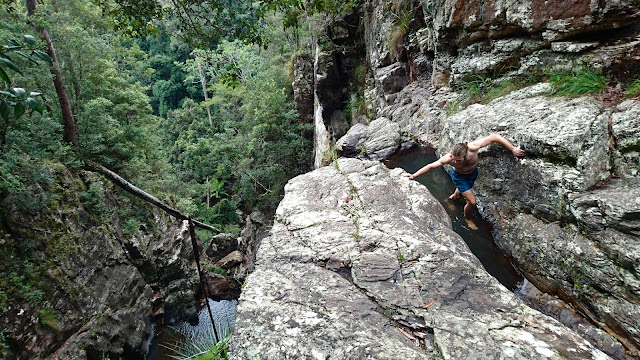 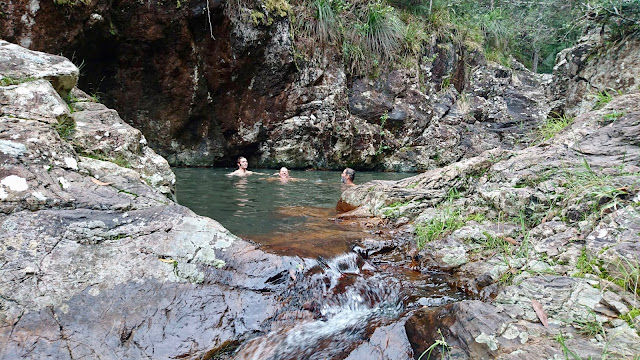 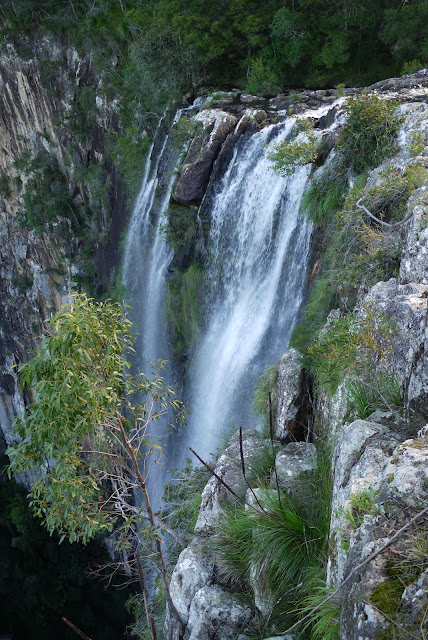 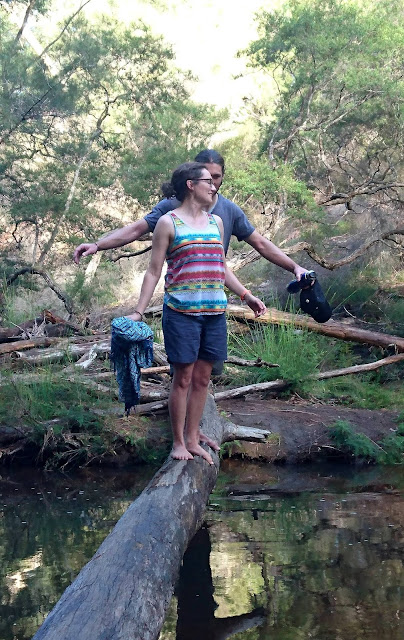 Still heading North up the East coast, we left Upper Main Arm heading on a slight inland route to Mount Tamborine, which itself is 40 minutes inland from The Gold Coast. The route was a stunner, a last minute decision to leave the somewhat dull coastal motorway and meander through the mountains on what turned out to be a quiet, winding picturesque road. (Mainly route 34 and 97.) 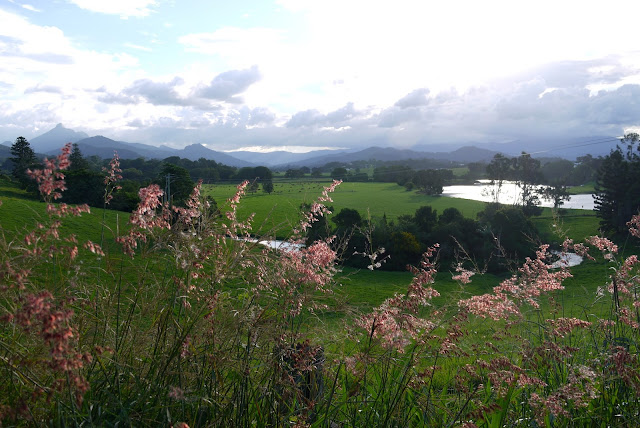 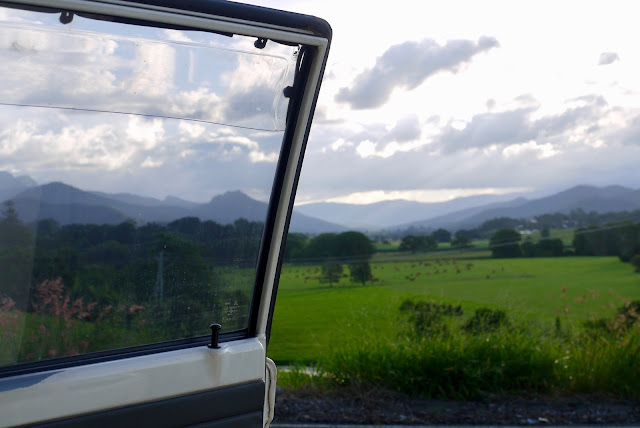 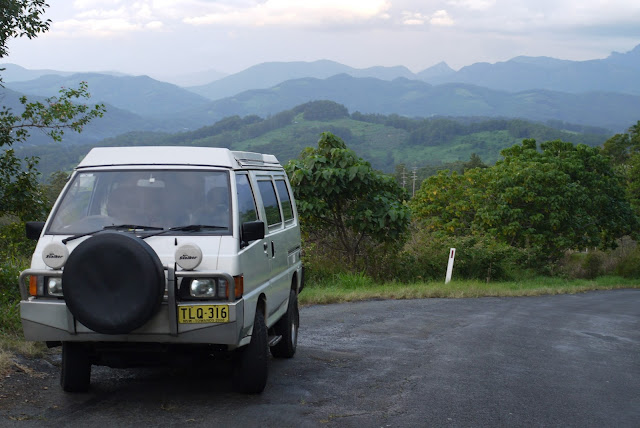 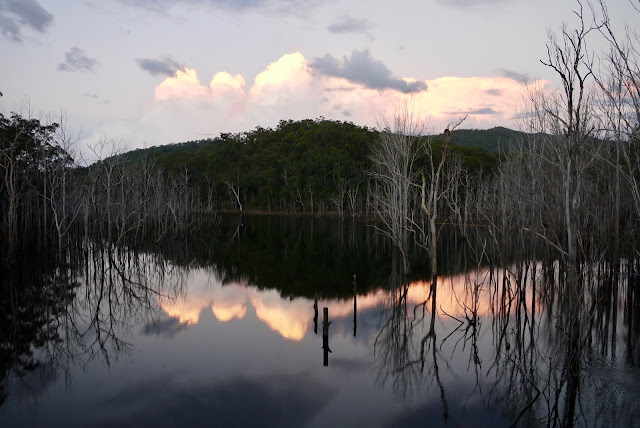 Our destination, after a last minute arrangement to do another Workaway, was the home of chilled out surfers Aussie Sheila & French-Canadian Pierre (not their real names, but aptly chosen by the pair themselves). Their home, as it turned out, was situated at the very top of Mount Tamborine. L and I had arrived after dark and just in time for a delicious Mexican feast. It wasn’t until the next morning when I rolled up the blind, did we fully realise where exactly we were. The view from every room of their east facing, mountainside stilt house, looked out over the rolling national parkland below and as far as The Gold Coast where the Pacific Ocean meets Australia. L and I had arranged a 10 day stay here and I had a feeling we would enjoy every minute of it. We knew the tasks waiting ahead of us: L would be making a timber log store and surfboard rack for the balcony, I would be opening up an area for a veggie patch and the pair of us would be working together to cut a series of steps down the side of the property (so as to make the descent somewhat less perilous). What we didn’t know at this point was the freak encounter I was about to have with a wallaby!!!…. 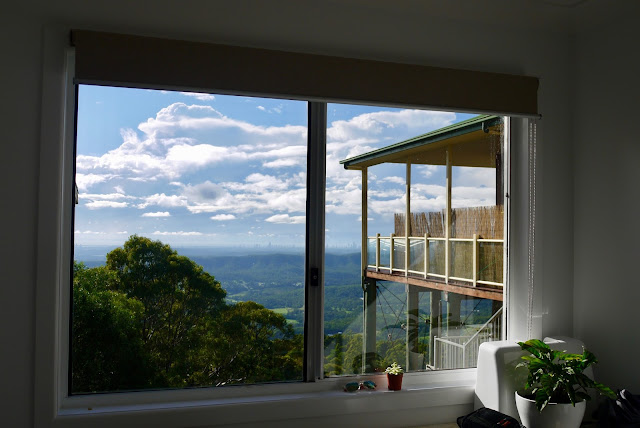 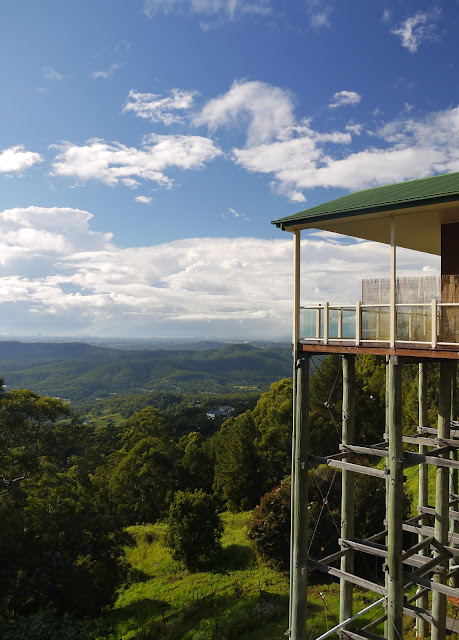 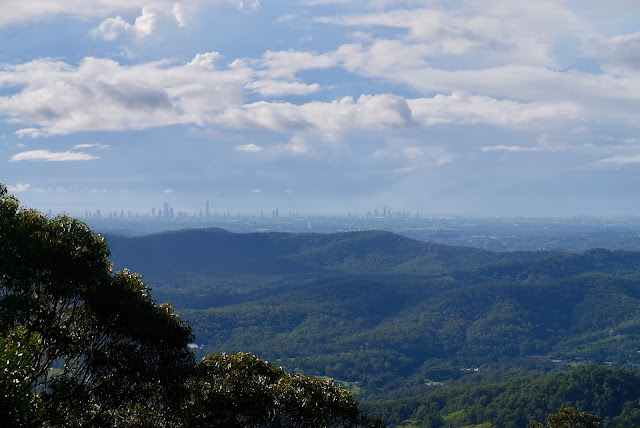