45. SURVIVING A FREAK ENCOUNTER WITH A WALLABY... 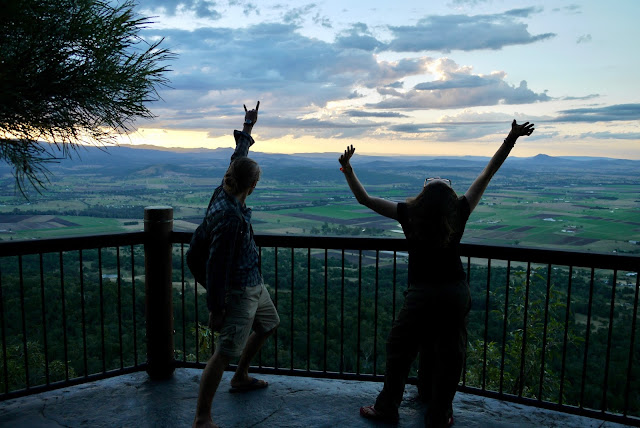 The rustling noise in the chest high grass (barely a meter away to my left) was getting closer and so I turned to face it square on. I was very much, not prepared for what was about to happen next. Bouncing out of the grass and into view at the very last second was a wallaby who was now mid air and on a direct collision path with myself. I was stood in a state off bemusement at this point, only a meter in front of this incoming projectile. Most likely he was just as shocked at the thought of landing on top of a human, as I was at the thought of being wiped out by a wallaby, because he frantically kicked and twisted his body mid air just enough to touch down beside me instead. No sooner had he appeared, he continued to bounce away brushing past me as he left. The whole thing was quite exhilarating, I’m just glad it didn’t end with me tumbling down the mountainside with a wallaby in the mix. 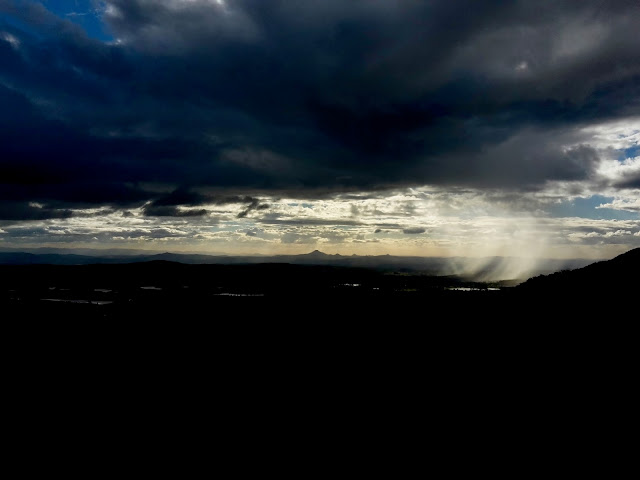 Despite the biggest and most comprehensive road signs you’ve ever seen warning of the incredibly steep roads to get up and down, Mount Tamborine makes such a beautiful place to live. Sheila and Pierre really had the best of both worlds: the surf and the city down below and the views from their house on the top. Not forgetting the perfect, uninterrupted view of an incredible sunrise and sunset every single day. 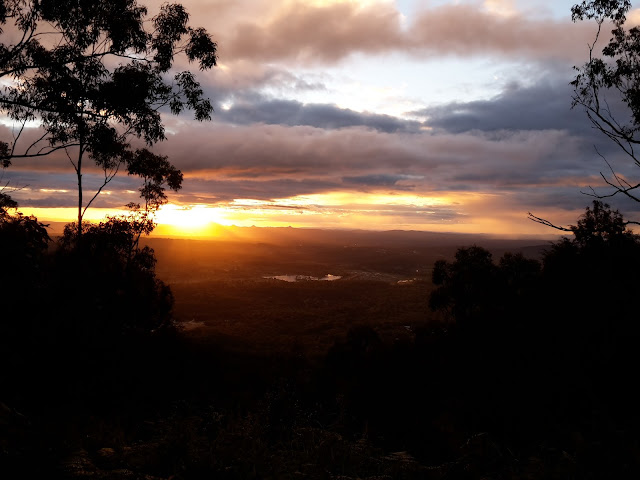 The mountain is definitely worth a stay for any passing traveller and there’s plenty of campsites, B&Bs or more luxury accommodation to suit. In fact there’s pretty much everything you need at the top of this mountain and it’s very much geared for tourists. Not necessarily in a bad way, other than perhaps some slightly strange ‘out of place’ architecture. Planning permission is very strict back in the UK but on Mt Tamborine it’s clearly less of an issue, resulting in some rather questionable imitation style buildings. From castles of both Scottish and Medieval styles to European manor houses, Bavarian beer houses, Cotswolds style cottages and Windmill buildings… They’ve got it all. Look past this and you’ll find stacks of interesting shops: from fudge makers, glass makers and galleries to boutique clothing and antiques shops. There’s forest sky walks, waterfall walks, botanical garden walks, even glow worm caves and when it comes to food, you wont be stuck for a choice of cuisine. A plethora of breweries and wineries call the mountain home and much to L’s delight, so does a small heritage museum! 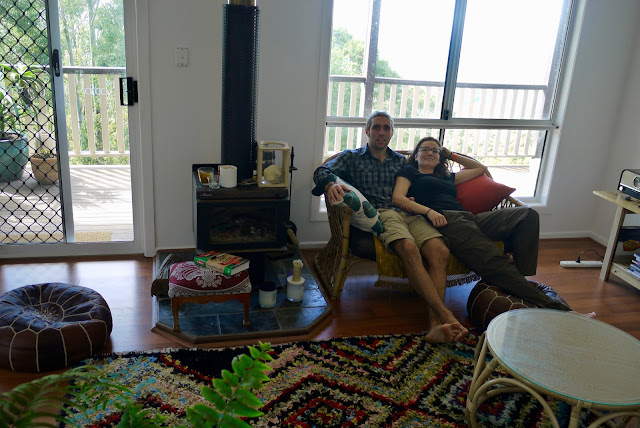 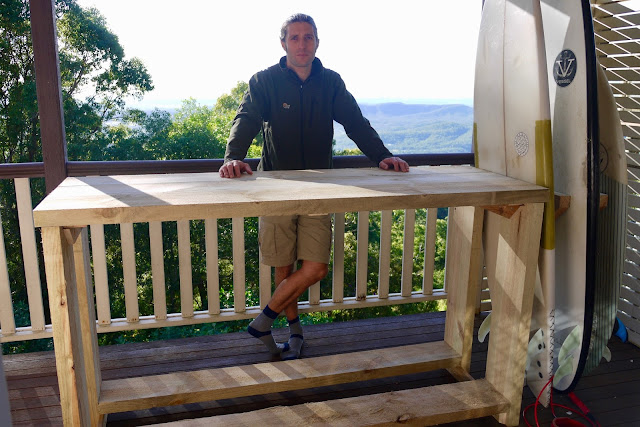 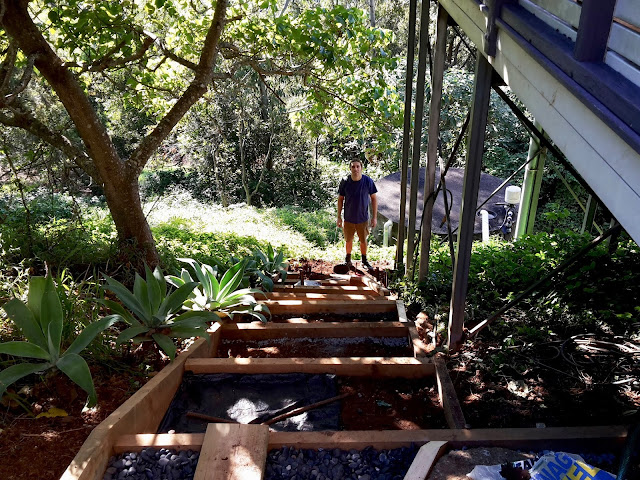 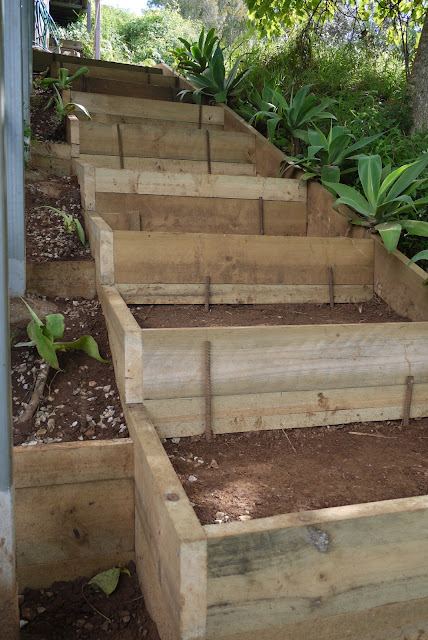 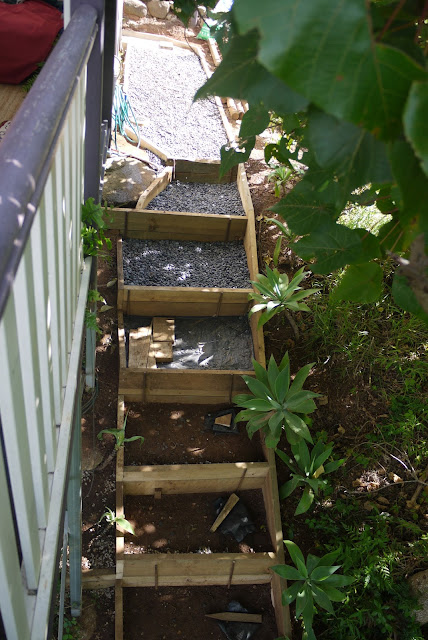 One afternoon our Workaway hosts treated us to a wine tasting on the mountain at Witches Falls  Winery (where Pierre works). Here L discovered that Rosé isn’t simply made by splashing together a bit of red and a bit of white and giving the concoction a good old mix with a wooden spoon… It’s all about the grapes. A few wines later and we were back at our Mountainside Workaway tucking into the upside-down kiwi cake L and I had made Sheila for her birthday. Side note: Pierre and Sheila had about 40kgs of ripening kiwis to get through after having gotten a bit carried away with a ‘free kiwis’ collection at the side of the road. So in-between our tasks of making garden steps, a veg patch and a log stores, L and I had been assisting in the mass production of kiwi chutney and kiwi smoothies. The kiwi cake we’d made didn’t turn out as planned, it was pancake flat, probably because we hadn’t used an electric whisk to beat the eggs and it was a tad stodgy. It also looked more like a tarte which would explain why Pierre commented on how the base and the crust were, “particularly good”. We all laughed, a lot, so much so that L started chocking on his wafer thin slice of kiwi cake. This only fuelled our fits of laughter which continued on into the night. 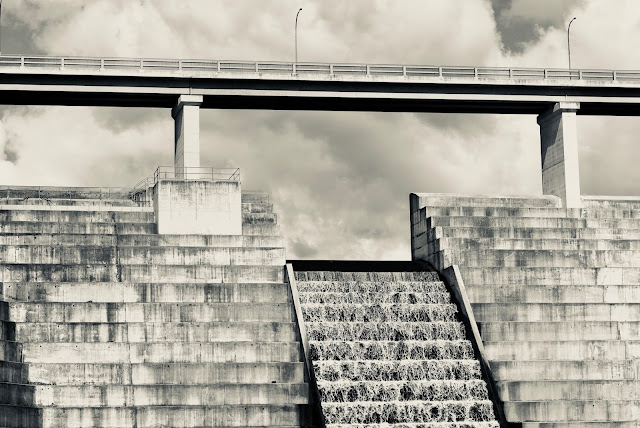 L and I made a few trips around the local area in our free time, Hinze Dam took our fancy for something a bit different and following the advice of our ($6, £3) 16 year old, Reader’s Digest ‘Book of the Road’, we took a drive out to Boonah. Boonah turned out to be not as 'olde worlde' as we had hoped for but I took some great photos on the drive back which made the trip worth while. 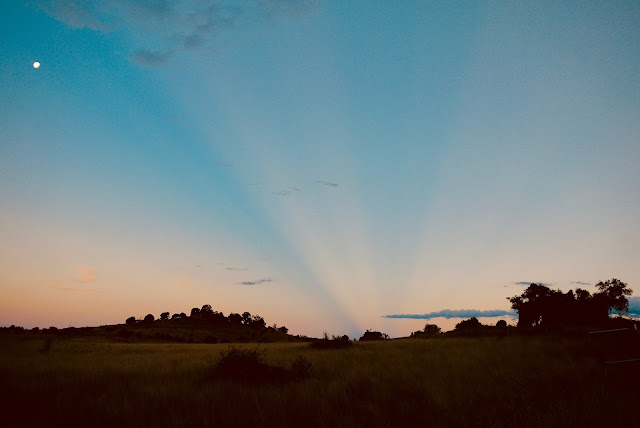 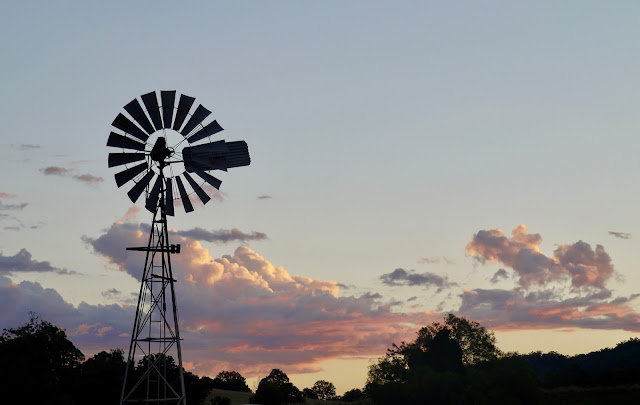 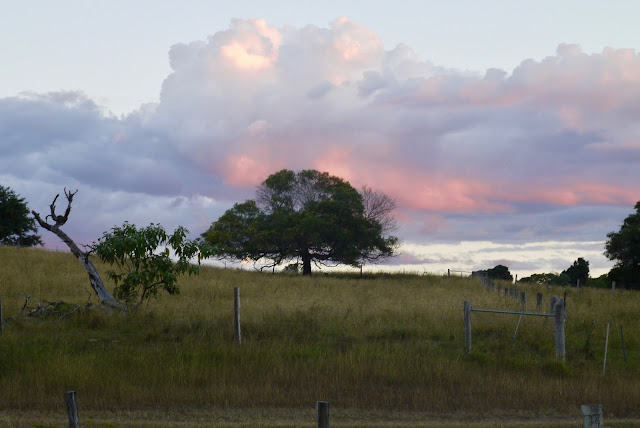 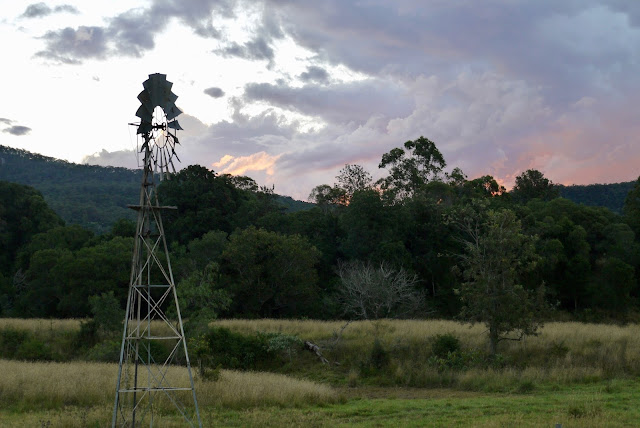 We also spent a day at Wet n’ Wild releasing our inner child, but it was a visit to Mt Tamborine’s heritage museum which L had been eagerly awaiting. He’d been itching to go ever since he‘d stumbled on the road side sign advertising the museum’s existence, but we’d waited until the day before leaving the mountain. A farewell treat, save the best until last and all that. 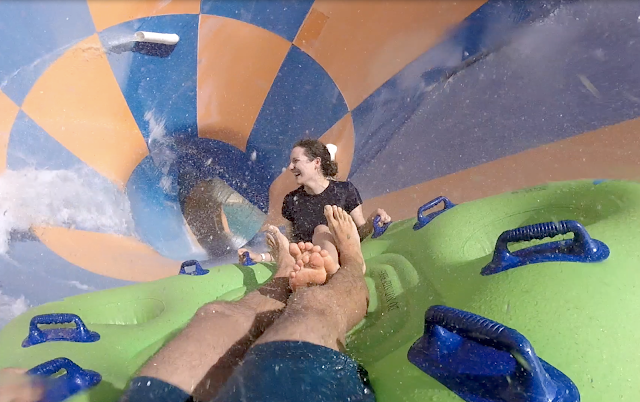 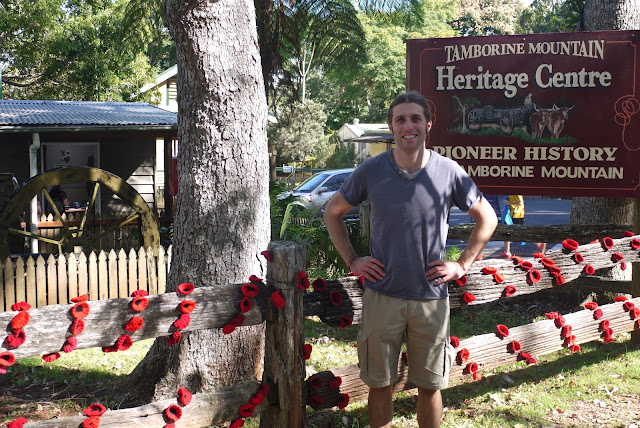 So our time had come to move on from our Mt Tamborine Workaway and hit the road again. Heading north, back to Brisbane and then beyond we were back to living in the van, and roaming the road. Next up: L’s climb up Mount Beerwah. Guest written by the man himself...