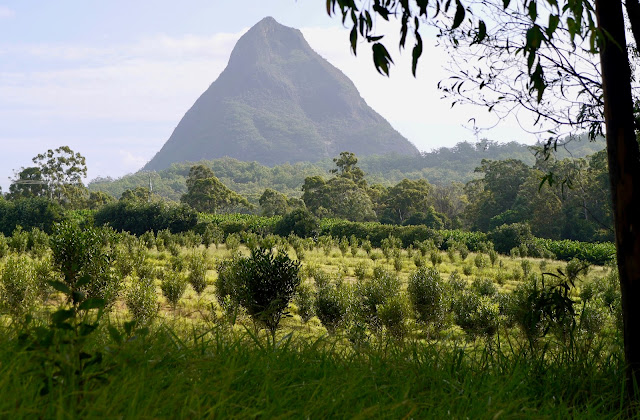 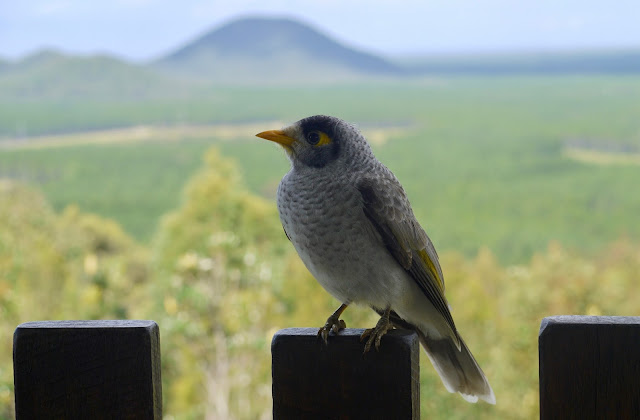 Visiting the glass house mountains and not hiking up a rocky peak, wasn’t really going to be an option. It is around this time of year that I’d ordinarily be in discussions with folks back home about what walks and camping trips would be on the cards for the summer months ahead.
Some quick research the day before informed me that Mount Beerwah is the tallest and trickiest to scale out of the 13 Glass House Mountains. Perfect!! That sounds like the one for me. The leaflet / map from the local tourist information warned of “steep scrambling sections” only to be attempted by the fit an experienced, and although I’ll admit to having put on a few pounds since returning from S.E Asia, I’m still feeling pretty capable. N on the other hand, despite being the rock climber and boulderer out the the pair of us, wasn’t feeling capable and so had flaked out. She’d woken up with a sore wrist, most likely a result of yesterday’s body boarding. (We’d spent most of yesterday on Bribie island riding the surf on what are essentially oversized floats, it was mega fun.) Obviously hands aren’t usually employed for most hikes, however with the warning of “steep scrambling sections” she felt her time would be better suited to catching up on the blog and sifting through photographs. Today I’d be hiking alone.

I quickly threw a rucksack together comprising of: 1x first aid kit, 2x flasks of water, 1x jam and peanut butter sandwich, some cherry tomatoes and an apple.
N also insisted I take a compass, she wasn’t so settled on the idea of me hiking alone, considering I’m not exactly renowned for my sense of direction. I felt I reassured her with “It’s up and then down, I can’t go wrong” but perhaps not because “Just don’t leave the track”, were her parting words.
I left N and the crampervan in the car park and headed for the mountain. I’d barely left the carpark when a guy walking towards me gave a heads up about taking a short cut. Instead of starting the trail as the signs directed, walk past the start instead taking the path ahead, this he informed me would save around 20 unnecessary minutes getting to the base of the mountain. I believed him and took it, all the while hoping N didn’t see! 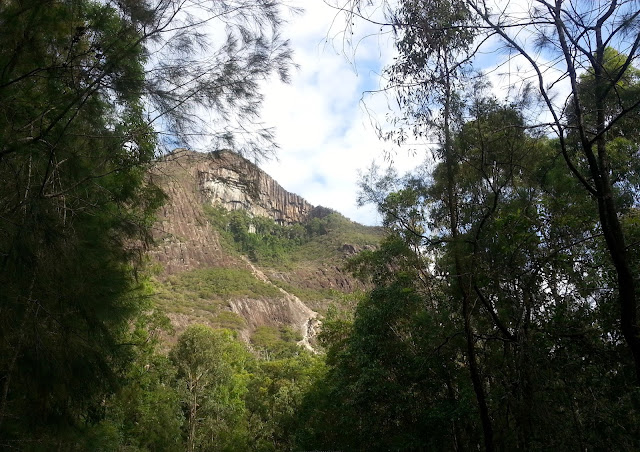 I’m not sure the short cut saved 20 minutes, more like 5, but then the guy did have a limp so perhaps it saved him 20 minutes, who knows. As I approached the base, there were signs warning of the risks involved, going into further detail and H&S precautions than the leaflet had done. The signs instructed that you should wear a helmet while on the mountain, and that no one should go up alone. I can’t say I ticked either of those boxes. Drawings even depicted people wearing helmets to emphasise the message. “Wow” I thought, talk about going heavy on the scare tactics. I’d already witnessed a few early birds returning to the car park, with just trainers and baseball caps so I was fairly confident I was still ok to proceed. Added to this, I could see others already scaling the mountain, none of which were wearing helmets.

The first third of the ascent was the most challenging: a proper arms and legs scramble all the way. A 45 degree slope of rock with varying sizes of finger and foot holds. There is no way you would be able to do it without using you hands. The preferred route, as chosen by countless others before me lay like a scar on the rock face. The rock having been smoothed by shoes and hands, showed it’s natural custard colour, unlike the untouched rock beside it which was sharp to the touch and a weathered grey.

The second third was slightly easier with more holds and some areas where I could stand up and lean into the hillside and walk on for a while. Every so often I turned to look at the view, which got better the higher I went. When the scrambling ended I was at the base of what is referred to as the “organ pipes”. Huge holes in the hanging rock, this made it more understandable as to why the route is susceptible to rock falls, I continued on. 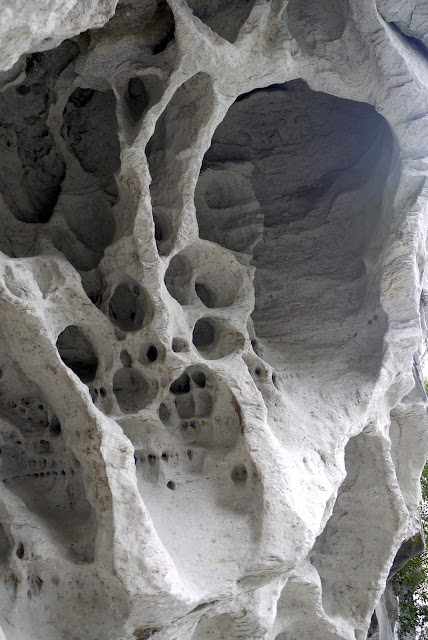 The route then took the form of a more “usual” walk, winding up the side of the mountain amongst trees, shrubs and undergrowth, until reaching the summit. Rewarded by 360degree views, the best in my opinion to the East (the compass did come in handy after all), I sat and admired the view for half an hour whilst eating my supplies (all but the compass and first aid kit). 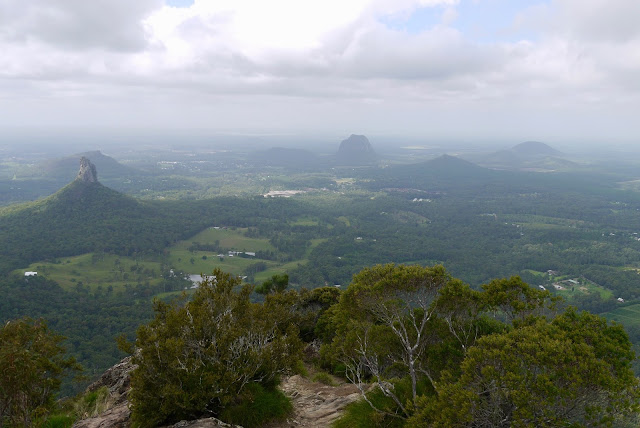 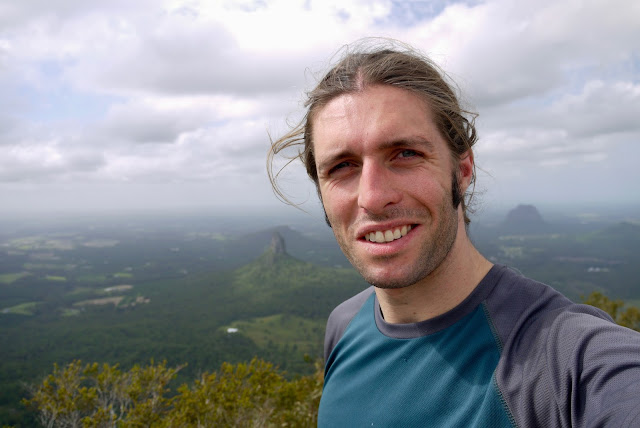 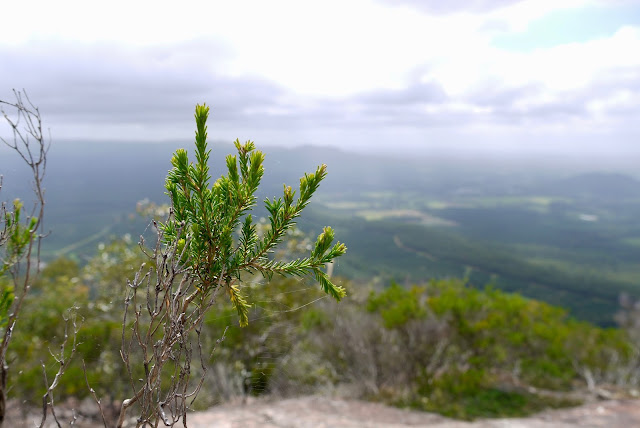 The weather had cooled off making the descent a little more pleasant. The lower two thirds were negotiated partially by sliding down the mountain on my bum, but in somewhat of a controlled manor. Descending the awkward lower third, I found myself overtaken by a lady (clearly a regular), her arms behind her back and her chest facing the sky, she sailed down the mountain in the adopted position and movement of a crab. Too quick for me to get a good look at her footwear, but whatever it was, it must have been super grippy.

Before I knew it I was back at the crampervan. My shorts still intact unlike the chap parked a few cars away, who’d managed to rip two huge holes in his derrière. The hike had taken me 2h50 minutes, that included the 30 minutes spent enjoying the views at the top. The leaflet recommended allowing 3-4 hours which I’d say is a good gauge encompassing a broad range of pace. On the day I climbed (partially cloudy, temp early-mid 20s, no recent rain) I found that: good shoes, shorts, T-shirt, sunglasses and a cap were sufficient. Along with the obvious: food, water, a first aid kit (just incase), suncream, insect repellent and good old common sense. 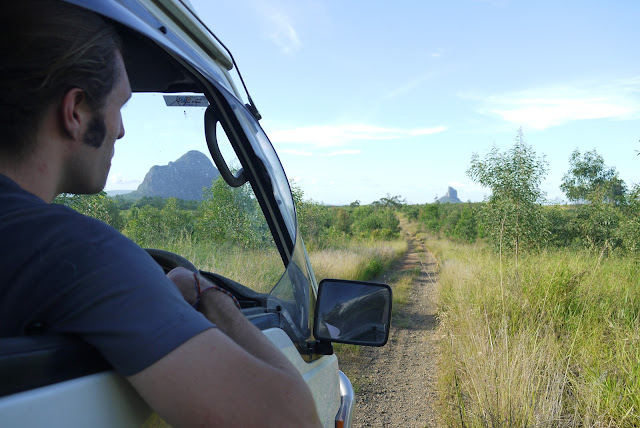 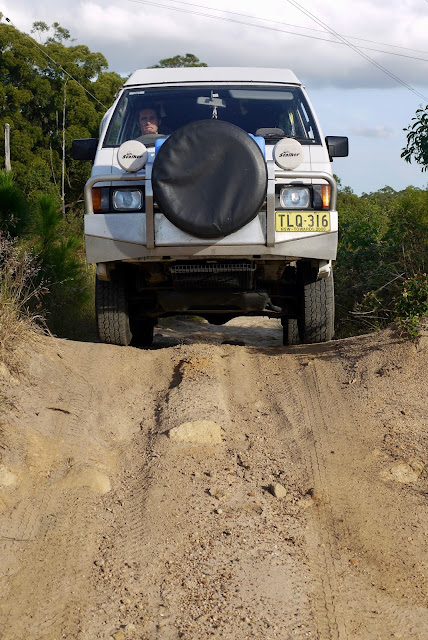