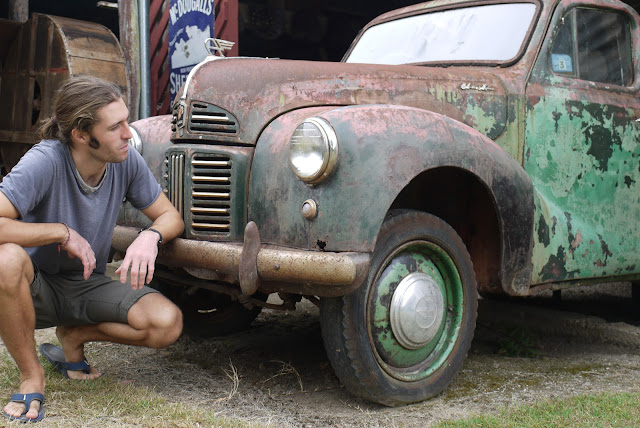 A Long weekend off from tractor driving meant only one thing. This was our chance to take the Crampervan to the Northern most point of our Australian adventure and with just two and half days to do so, we had a lot to cram in. So after a quick bank meeting during which the manager took a bizarre liking to L’s brightly coloured, bird pattern, laptop case and subsequently started caressing it, we headed onward toward Cairns and the Atherton Tablelands. 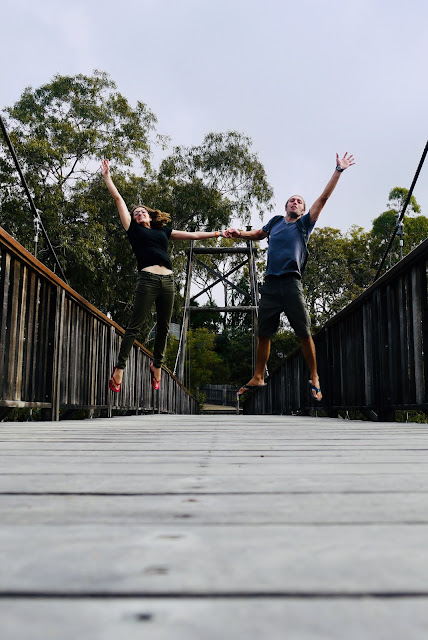 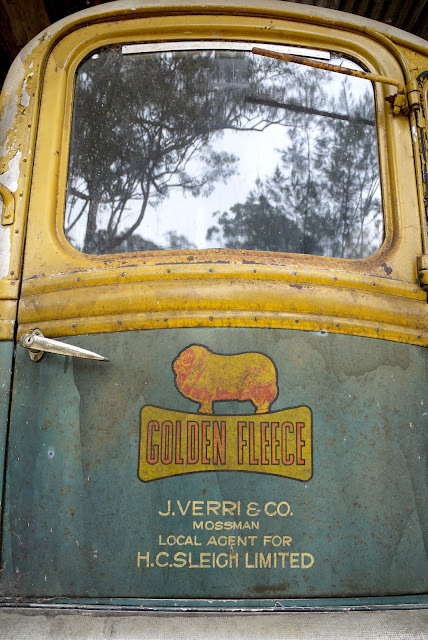 It was in the Tablelands at a town called Mareeba where L and I, armed with a promotional voucher from 2017 visited Coffee Works. The lady at the till didn’t have a problem accepting our out of date voucher and went on to give a quick tour of what was on offer, before leaving us to sample away at the delights laid out before us. We had both been super excited about a visit to this place and had every intention of making the all you can eat and drink; tea, coffee, chocolate and liqueur tasting, span over a period of a few hours to cover brunch, lunch and afternoon tea. We were successful in doing so but it wasn’t a difficult feat because we continually returned for refills in-between looking around the shop, sitting in the cafe and wandering around the museum. We came away well and truly stuffed and with enough chocolate samples in L’s coat pockets to last for the following few days….or so we thought. 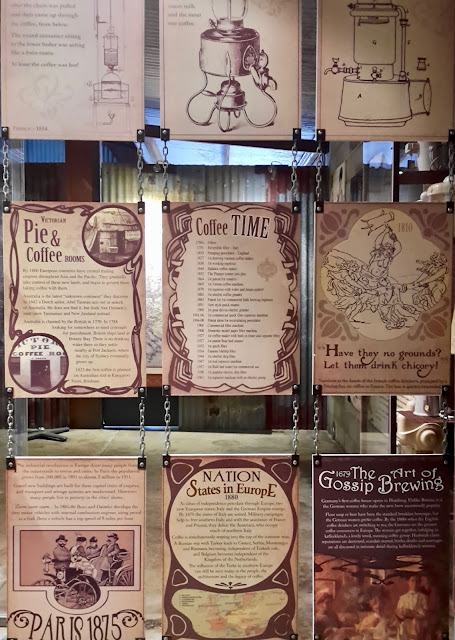 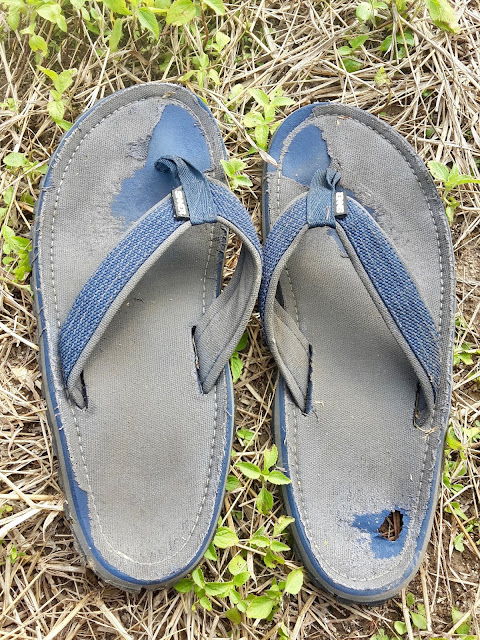 The weekend came with a plentiful amount of unexpected savings. Following the out of date chocolate factory voucher, the purchase of a frying pan at Kmart which scanned through at less than half price was the next saving. Two student concessions into the heritage village at Heberton became the third saving and a reduced pair of new flip-flops for L was the fourth and concluded a long weekend of savings. (L had spent the last 2 months walking around Australia developing a callous from a rather large hole in the sole of his right flipflop so these were long overdue.)
The open air museum not only had a ton of timber restored buildings and artefacts, trumping all previous Aussie heritage museums L had visited to date, but it also attracted a huge population of history enthusiastic parrots... 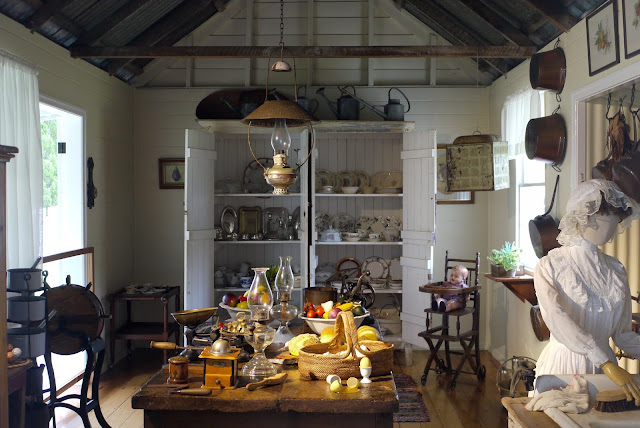 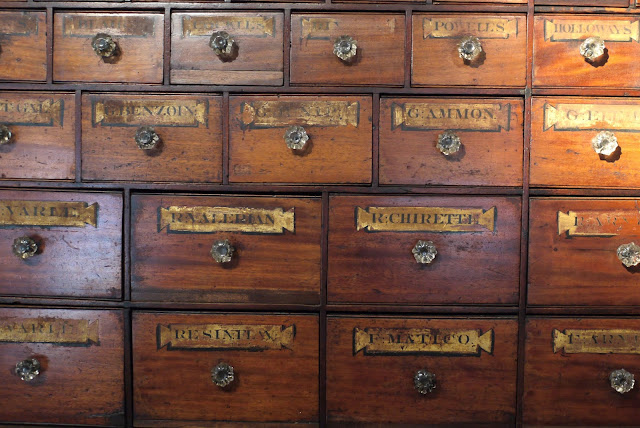 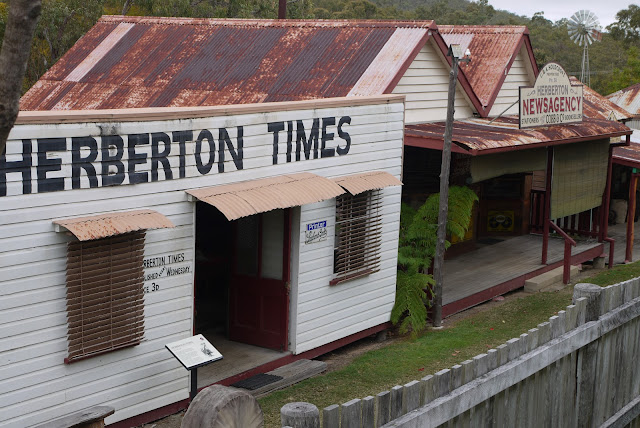 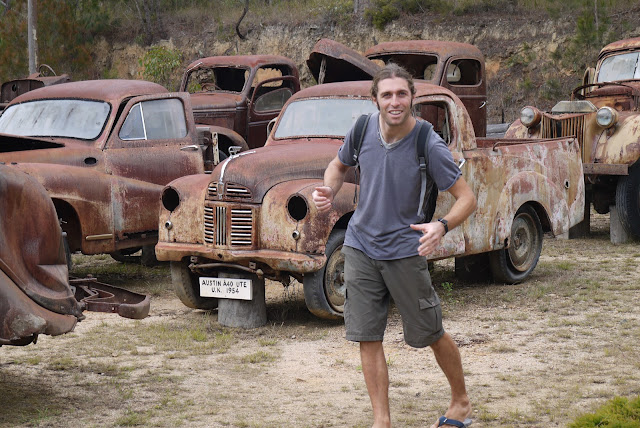 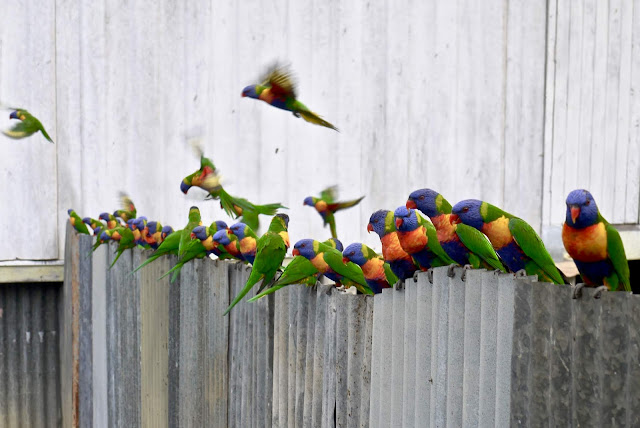 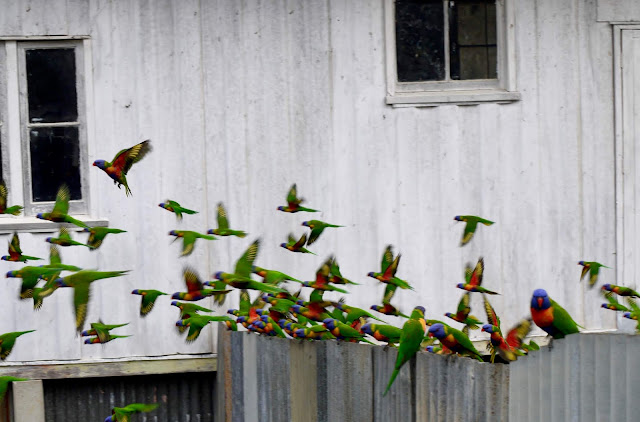 Three weeks of paid work in Ingham passed quickly and had given us a good insight into country life. Dirt, dust and ‘tinnies’ (tins of larger, drank like water) were three memories that both L and I would forever associate with Ingham. Aussie’s like to drink, we already knew this, but what we learnt in Ingham was that Queensland’s farmers like to have a couple of ‘tinnies’ straight after work each day. Usually sat around in a farm shed somewhere, chatting and taking the piss out of each other. Being “Pommies” (as we were so regularly reminded) made the two of us an easy target for the piss taking but rest assured we gave as good as we got. We only needed to mention the first fleet or the penal colonies to get back on top. 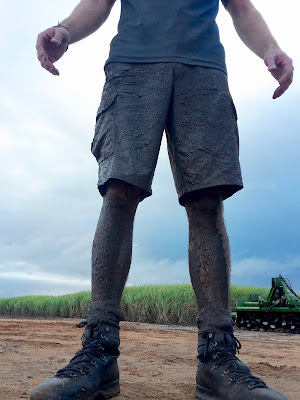 It was in amongst life the cane fields that our total snake count increased from 2 sightings to 4. Snake number 3 was a ‘Brown’, spotted by L who watched in shock as the tractor infront unknowingly sliced and diced the deadly with the rotary blades. Snake number four was a large Taipan, equally deadly had it been alive and not draped over a wire fence in one of the fields L was working in. We never found out how it came to be where it was.

The Crampervan was packed up and we were geared up for the next part of our journey, a long drive ‘out west’ into the middle of Australian outback: The red centre! We didn't know it at this point but a chance encounter with the Mayor of a particular town would result in L and myself receiving some pretty awesome VIP treatment.... 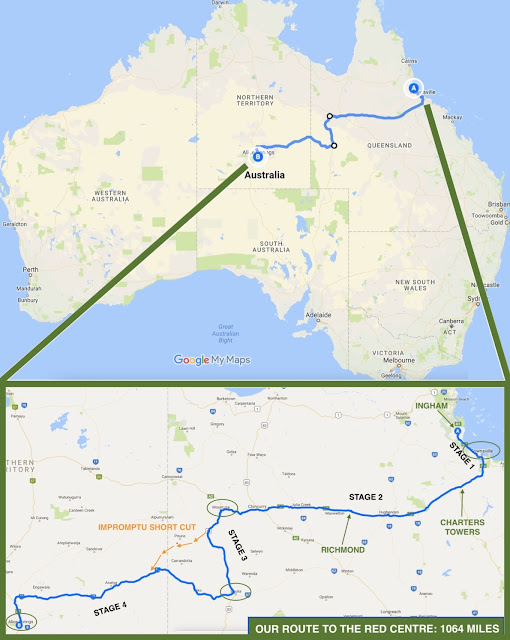