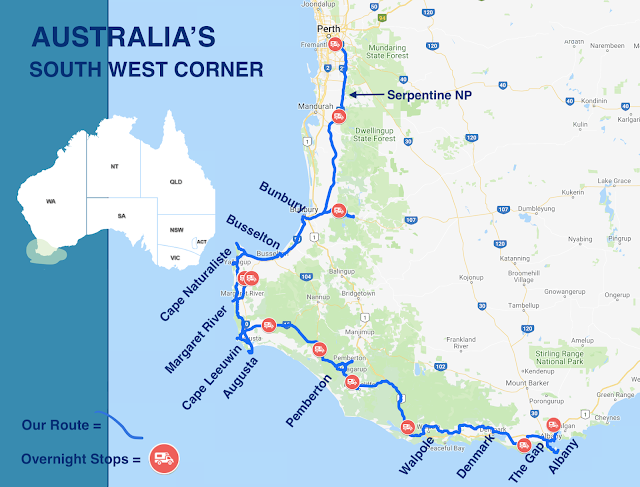 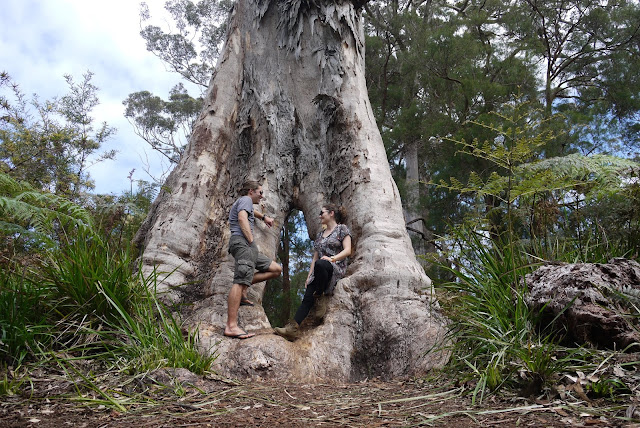 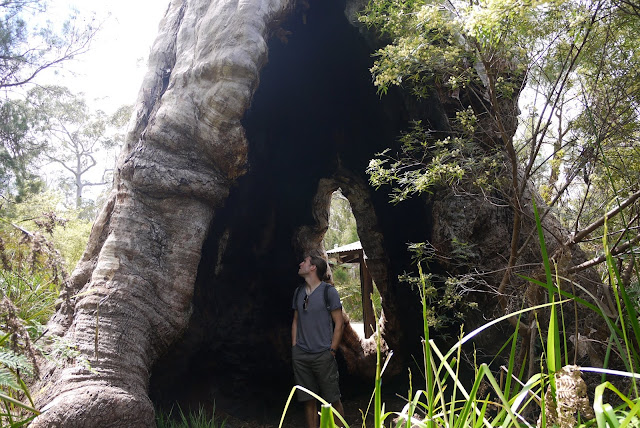 For many people this would be the stuff of nightmares but for L and I it was a super exciting challenge! Over time, health and safety has put a stop to a lot of things in Australia as it has in the UK, but here in the tiny town of Pemberton there’s one activity that has completely escaped the red tape. If you’re not a fan of heights, look away now. Amongst the Karri forests surrounding Pemberton are a number especially tall Karri trees, originally used as look outs for spotting bush fires over the rest of the canopy. To climb these  branchless giants, hundreds of metal bars were hammered into their trunks to create a set of death defying steps, spiralling right up to the top. These trees are not fenced off to detour the curious or regulated for the masses, there’s no clipping in of harnesses or signing your life away in a disclaimer. A small sign at the base will warn you of the challenge ahead and the addition of a flimsy wire mesh, attached to the end of the metal bars will provide the illusion of some ‘security’. Let’s face it, if you’re going to slip and fall, gravity is not going to pull you outward from the tree, you’re going to be falling down through the rather large gaps between the bars! So refreshingly it’s down to your own judgement as to whether you deem yourself capable of climbing these trees without falling to your death, from what is essentially a very very very long ladder. 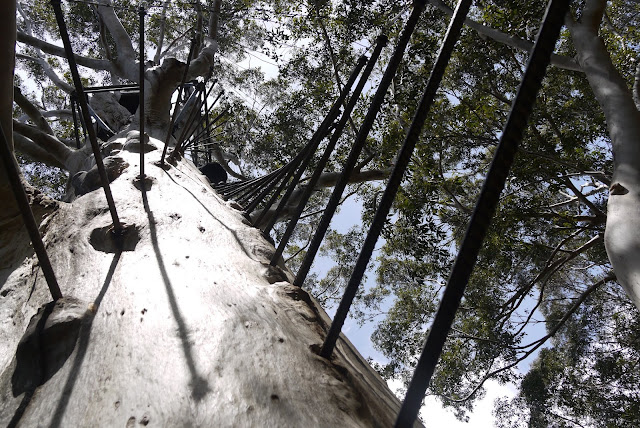 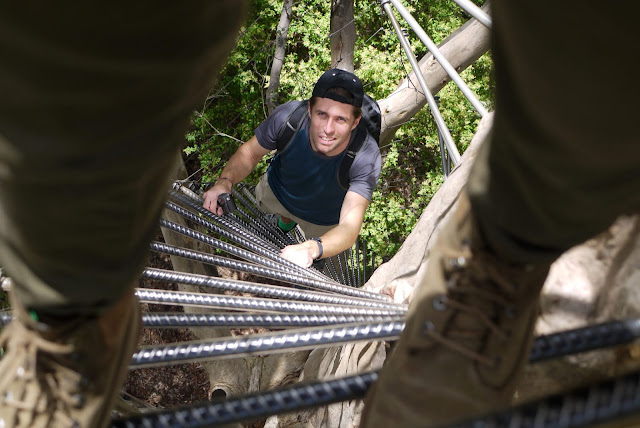 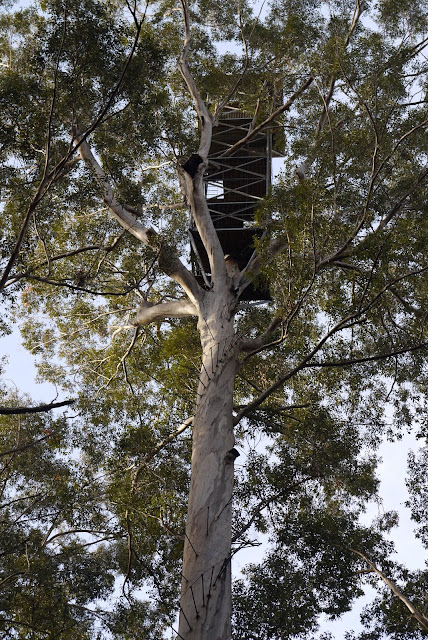 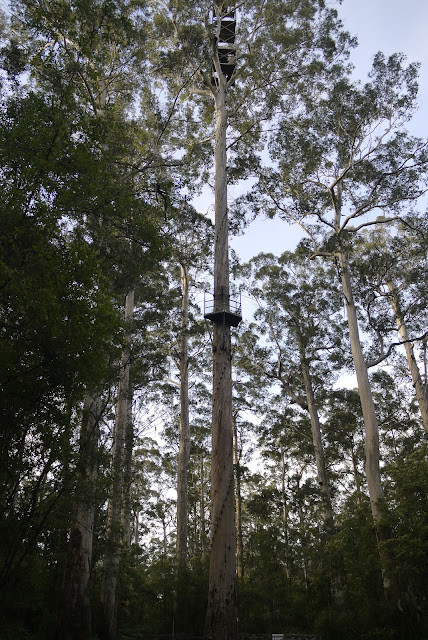 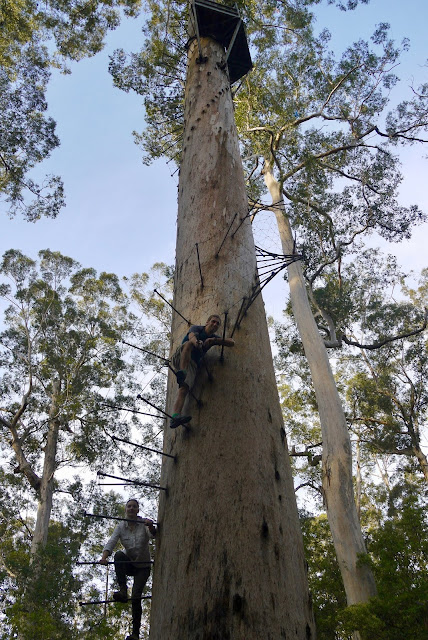 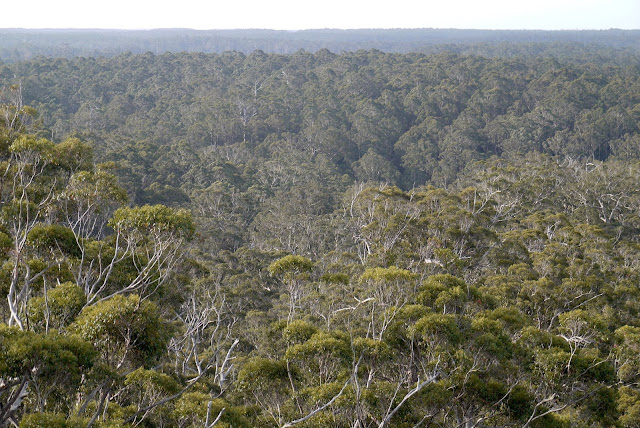 Prior to our tree climbing escapades (in the end we climbed two: the Dave Evan's Bicentennial tree & the Gloucester tree) we’d left our Workaway in the Avon Valley and on the same day swung by John Forest National Park. JFNP is WA’s oldest national park and super close to Perth. It was here I managed to capture some awesome super close kangaroo photos. Check out these cuties! 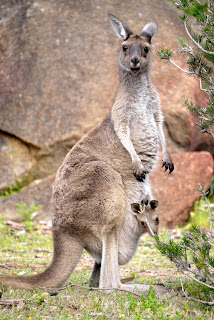 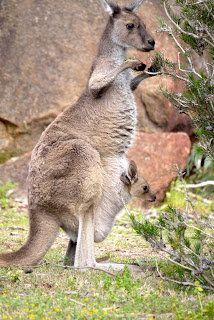 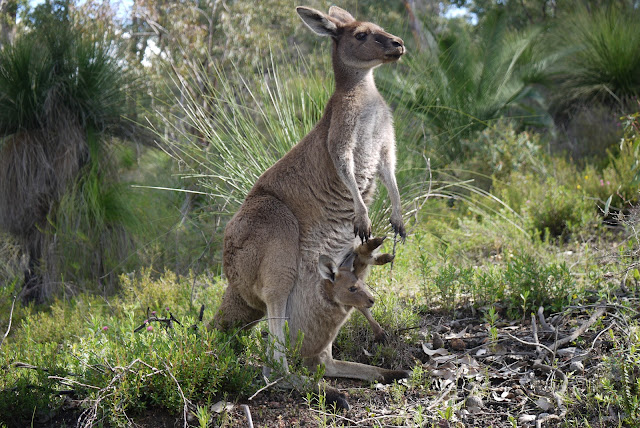 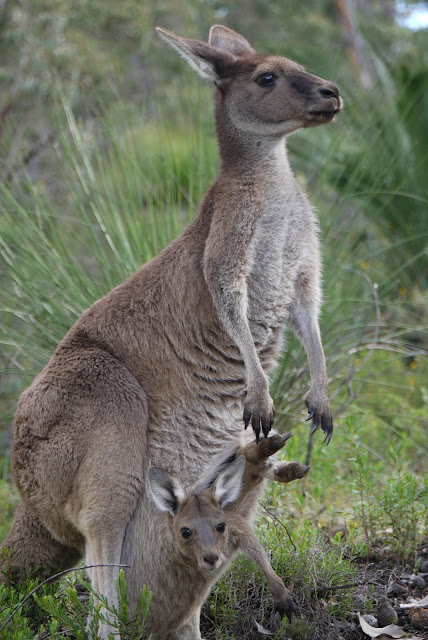 On the topic of animals… a couple of stowaways in the form of two small koalas, had been given to us to take back to Australia after our brief spell in the UK. It was the first time our new mascots (Dot and Jim) had been back to Perth since they’d left Australia as souvenirs many years ago. Something neither L or myself had realised until one dinner with our Workaway hosts at Moondyne, was that Koalas are not actually native to Western Australia! This would explain why we hadn’t seen any since the east coast. Why these two fluff balls are sold as souvenirs from Perth is then, quite funny. 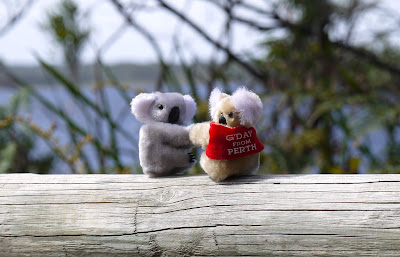 After our day trip into John Forest NP we headed back to Perth calling in at J&A’s where we were dealt in for a swift round of ‘nomination’ after being treated to a delicious curry, cooked from scratch by J’s mum. Moving south over the next couple of days we ticked off Serpentine NP and the coastal towns of Bunbury and Busselton before landing just outside of Margaret River. The area surrounding the township of Margaret River is known for wineries and distilleries and the majority offer free tastings. This made the rain, which lasted for the two days we were there, seem less of an annoyance because it was a good excuse for L and I to duck into wineries and drink away our rainy blues in tasting after tasting! The tastings didn’t stop with wine… gin and chocolate soon followed and after spending two nights cramped in a woman’s back yard campground, L found himself needing to pop back to the chocolate makers for a breakfast pudding of free tastings. Apparently one last treat before we left Margaret River and continued on.
When the sun briefly broke through the cloud we got a proper glimpse of the vivid south west coastline and at Cape Naturaliste we went on to spot a whale and her calf splashing around in the shallows. We’d definitely now hit double figures for west coast whale sightings and this wasn’t including the time L and I actually swam with them! (If you missed that adventure revert to blog post #63). 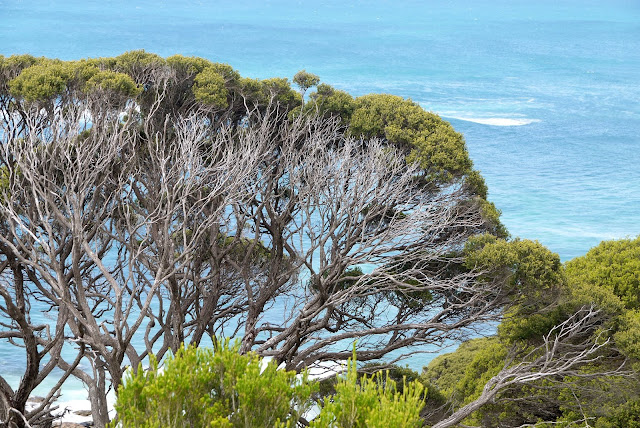 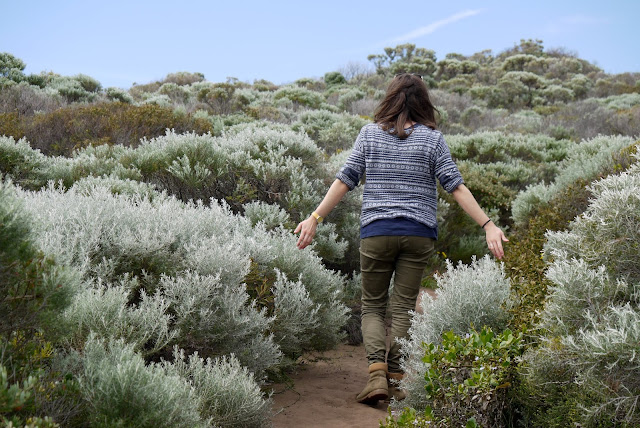 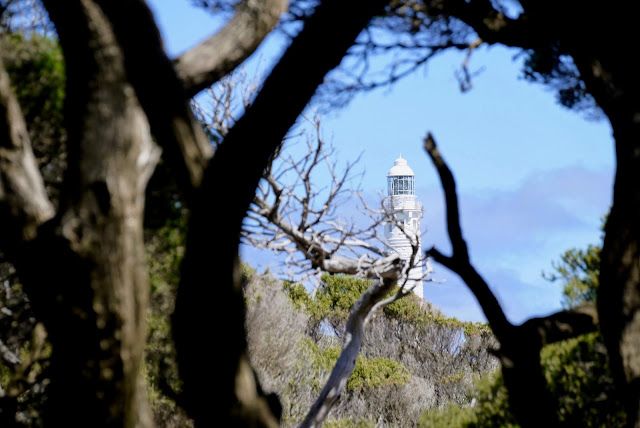 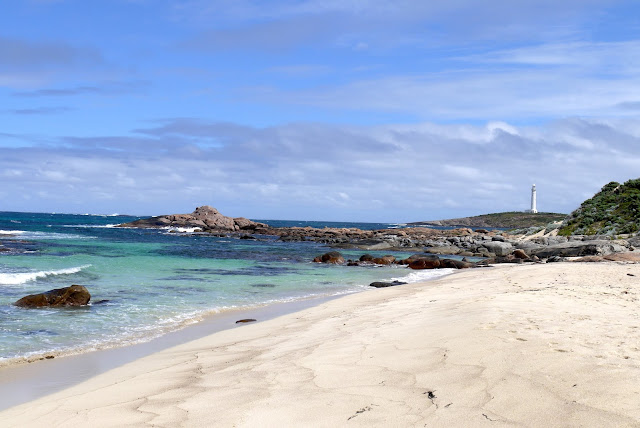 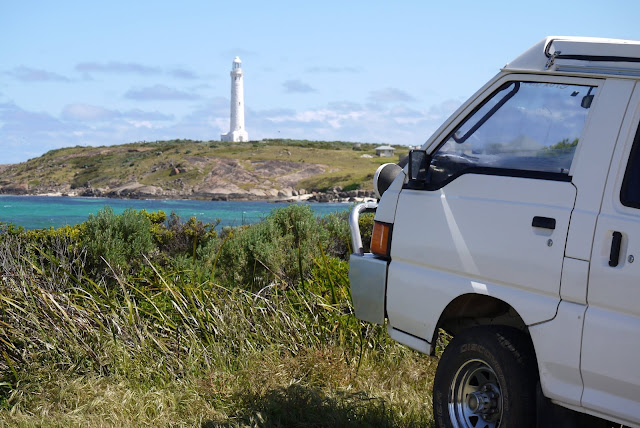 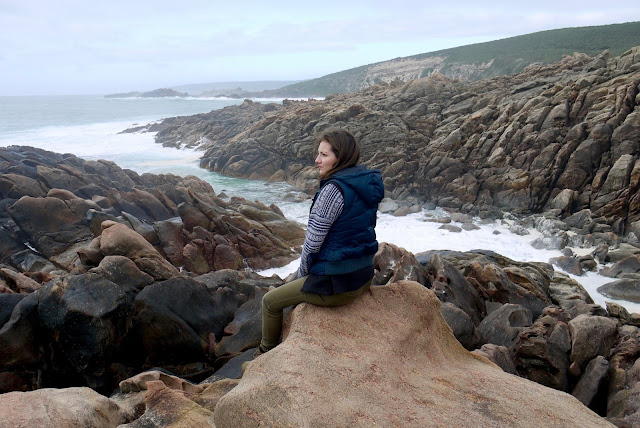 The landscape had changed quite dramatically between Albany and Augusta. We found ourselves driving through forests of giants and it was at this point along our travels that L and I undertook the ultimate of tree climbs, however not before a visit from an overly friendly parrot in the forest car park. Hello Polly! 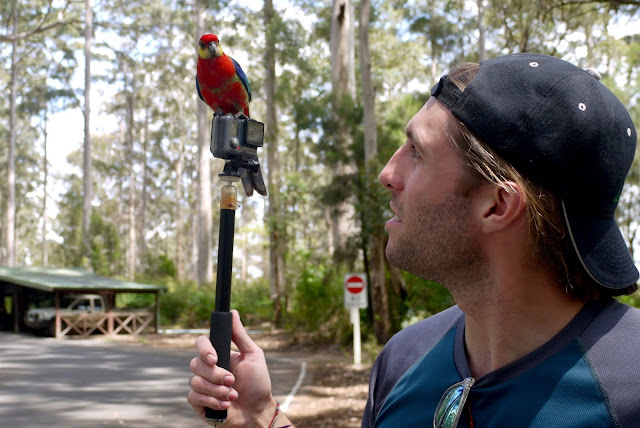 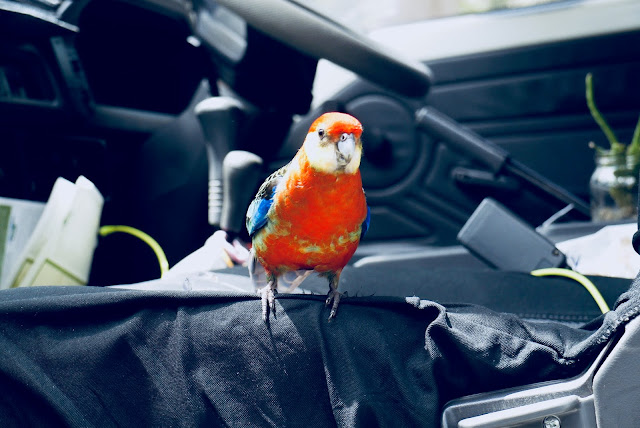 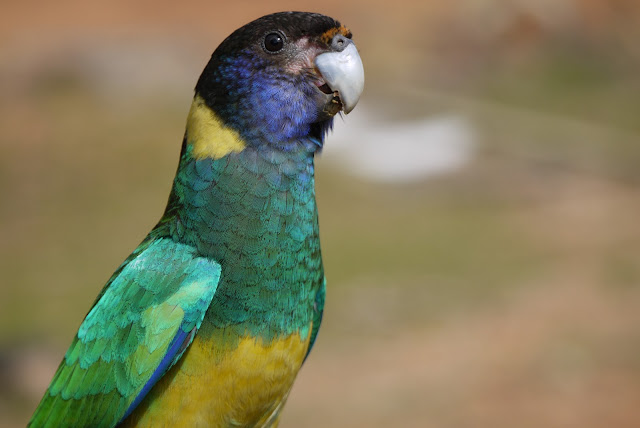 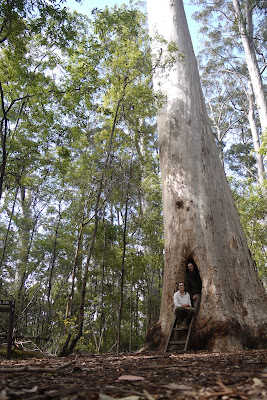 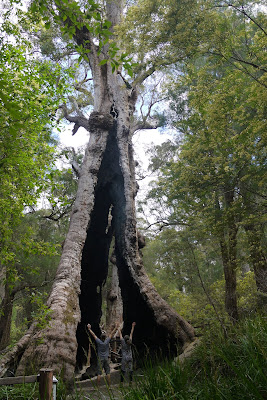 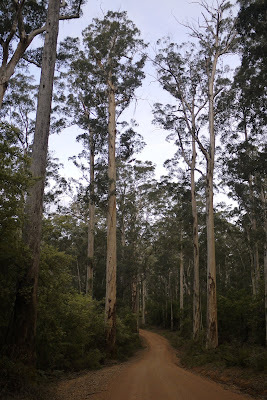 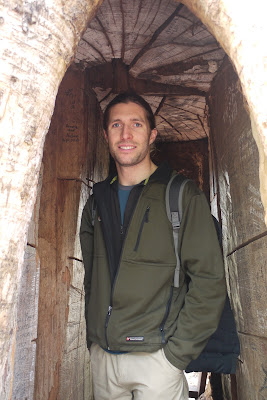 After climbing the huge Karri’s we tootled east in the Crampervan finding tons of unexpected stuff to stop and look at along the way, everything from wood and leather craft to toffee makers. A ‘spray free’ fruit and veg sign caught our attention and we diverted off the road in search of a couple of avocados. What we ended up finding was an almost empty fruit and veg stall outside an artist’s gallery. 30 minutes later L and I returned to the Crampervan with no avocados but a newly learned knowledge on achieving cross-sectional patterns in polymer clay, having had a fascinating demonstration from a very enthusiastic artist.
Bartholomews Meadery near Denmark was another spur of the moment drop in. L ended up turning off the road a little quicker than anticipated so as not to overshoot the entrance. This  resulted in a handful of items relocating themselves from the back seats to the floor but the very generous mead tastings that followed, more than made up for our time spent reorganising the back of the Crampervan afterwards. Neither of us were able to find the queen bee in the meadery’s glass hive but we were taught a thing or two about honey. 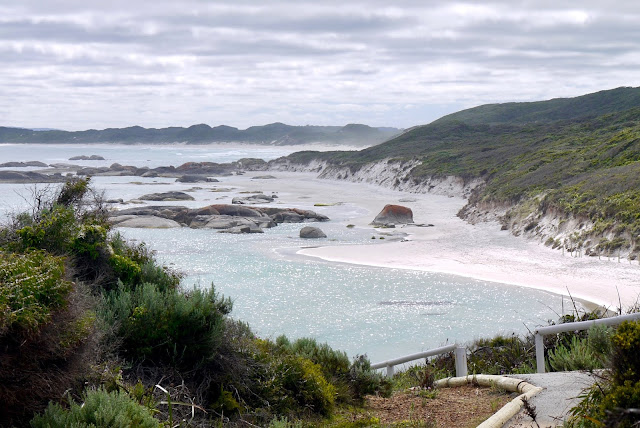 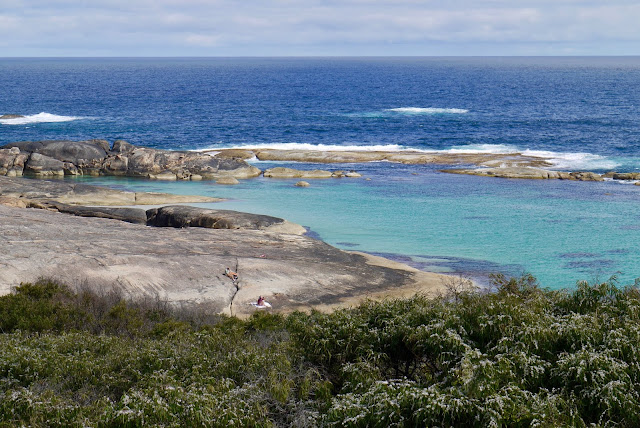 The coastal town of Albany was calling and a super special commemorative instillation ‘The Field of Light’ by British Artist Bruce Munro had just opened to mark 100 years since the end of the first world war. This wasn’t something we were going to miss.
NEXT UP: Albany and The Field of Light, Mountain hiking in the Stirling Range National Park and spectacular coastal views as we continue our travels to Esperance marking the end of our time in Australia’s South West Corner!