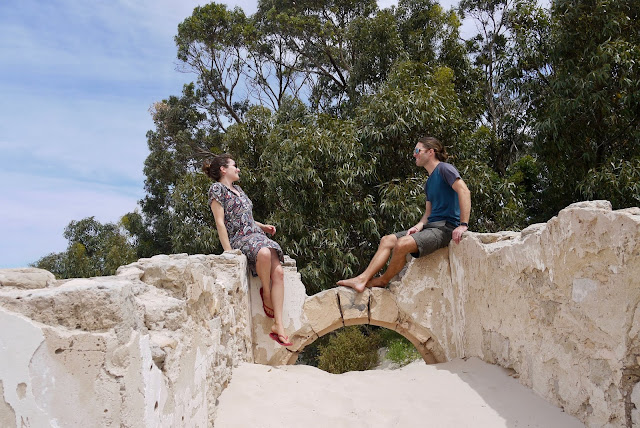 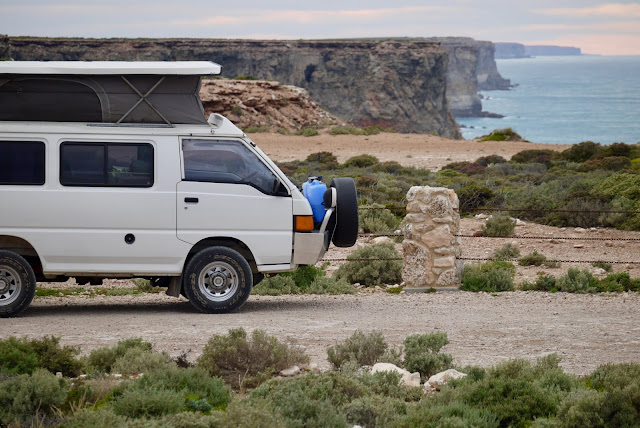 Before leaving Western Australia and embarking on what would become a four day drive east across the Nullarbor, the allure of old gold rush town Kalgoorlie-Boulder enticed us to make a slight (400km round trip) detour. We spent a handful of days in town, returning each night to a huge official free camping area just out of town. They’re not short of space in these parts! 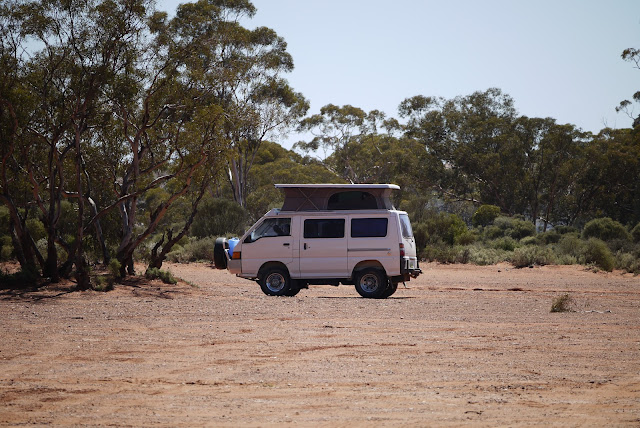 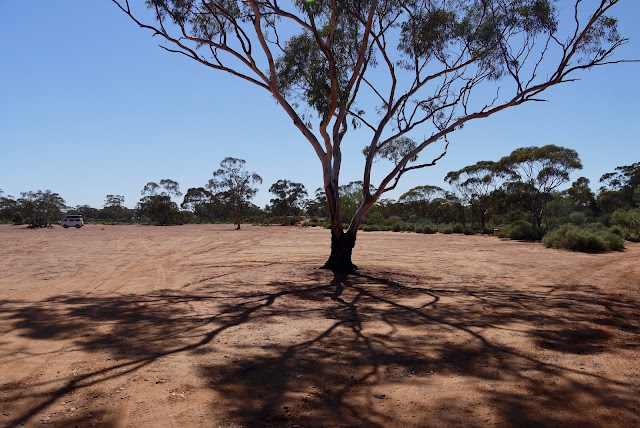 The town, with a cowboy feel and a legalised brothel, is still pulling the gold stuff out from the ground in what is the world’s largest open cut goldmine. Having not made our fortunes and instead picked up two stone chips in the windscreen, we cramped onward to Norseman with some basic instructions written on a scrap of paper, given to us by a local chap. Directions weren't needed for Norseman, we were back in the sticks where just one road went from a to b with nothing much in between. The directions were for locating an abandoned miners house made entirely from 44 gallon oil drums, which apparently stood forgotten, amongst thick bush barely 100ft from the road. Our instructions read: “See blue 5km sign. Top of hill ease off gas. Take small track on right through bush. Follow track.” The main problem with our directions, other than their Australian vagueness, was the dense bush lining the road. We were looking for a small gap just big enough to drive through and what we thought to be the right track, turned out not to be. We spent about an hour trying to find the right one before deciding to call it a day and leave the mysterious drum house behind. 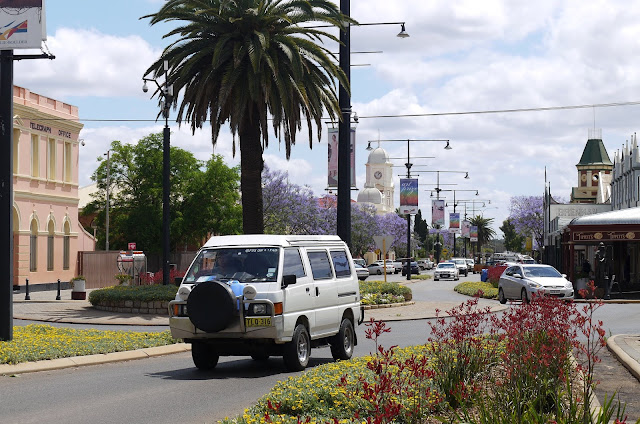 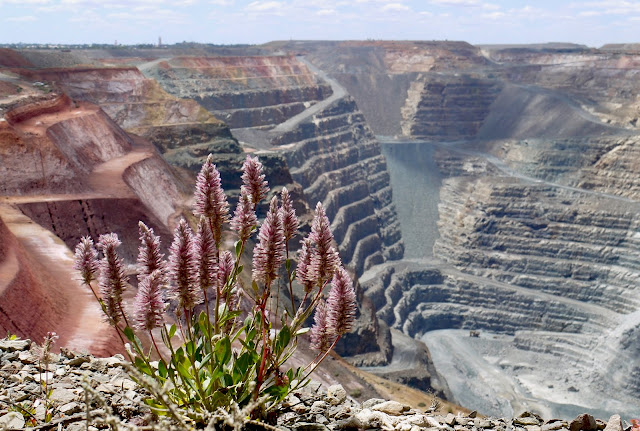 The one-horse town of Norseman is the gateway to the endless Eyre highway which crosses 1200km west to east (or east to west) across the Nullarbor plain. Surprisingly the backwater town had the fastest free wifi we’d come across in a long while, so we stopped for a while to upload a back log of recent short films we’ve made. (You can find them on our FB page or on our YouTube channel). The dilapidated tin shack that is the town’s only supermarket, visible when walking around the back of the building to the public toilets, isn’t something you expect to see in a developed nation and highlights the difference in living standard between the cities and some outback towns. 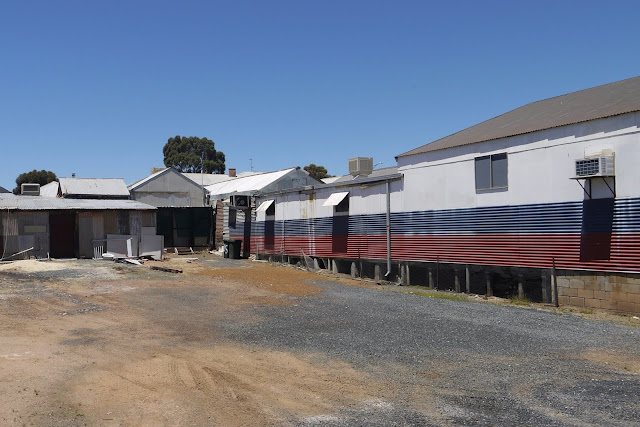 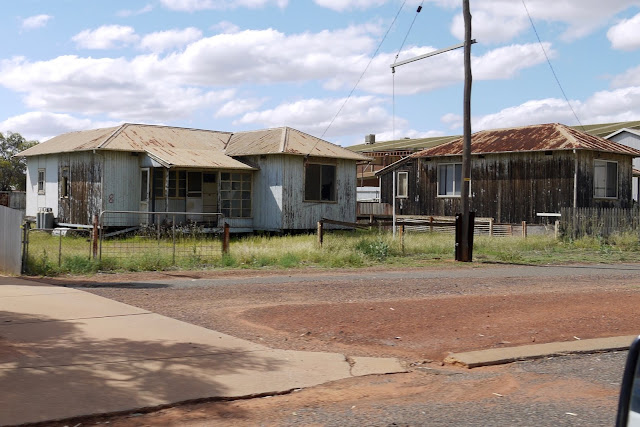 Gone were the temperate twenties of the south west corner, it brushed low thirties as we moved east. The landscape along the Eyre highway was more changeable than either of us had expected and quite different to our barren outback crossings in Queensland and Northern Territory. The continuous straight road was broken up by slight hills every now and again, offering endless views for as far as the eye could see, over great expanses of tree covered plains which changed to low lying bush and back again. When we weren’t being observant for camels, emus and kangaroos or discussing which out the three species would be less catastrophic to hit, we were detouring onto bumpy tracks to get closer to the 100ft cliff tops of the Australian bight. 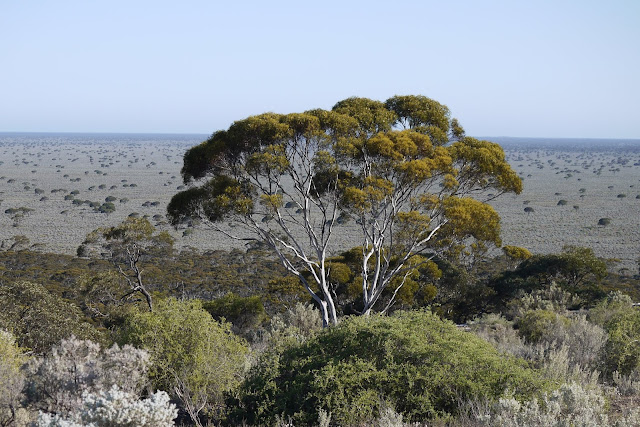 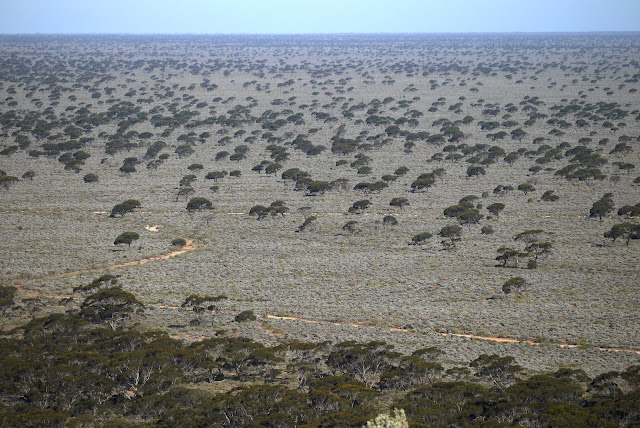 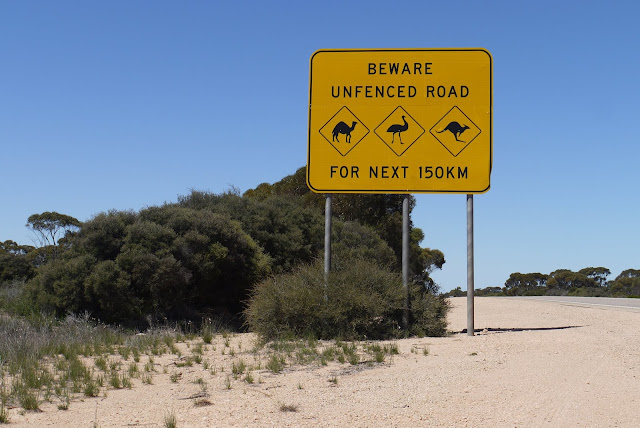 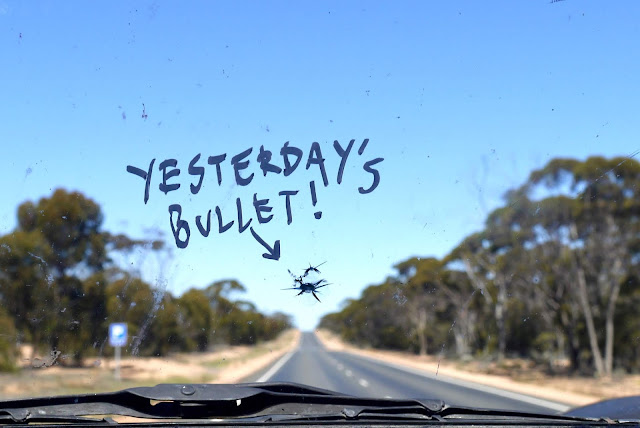 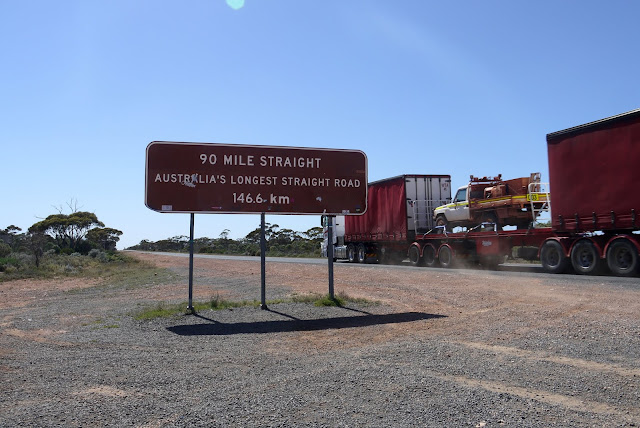 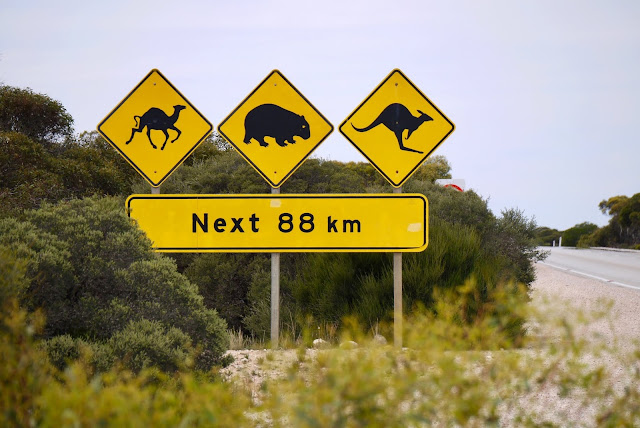 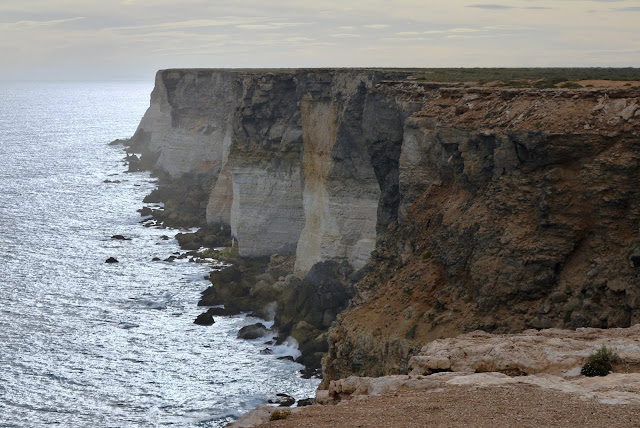 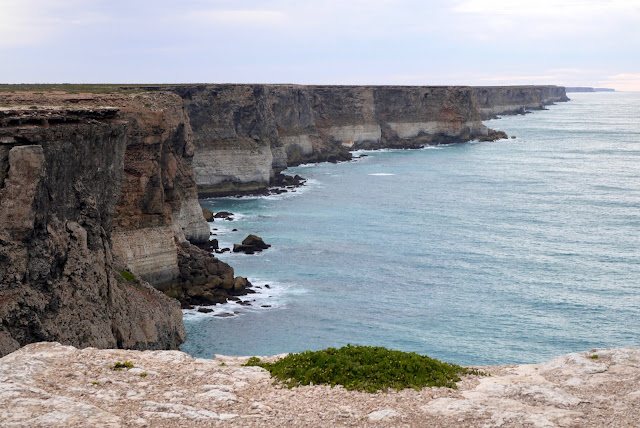 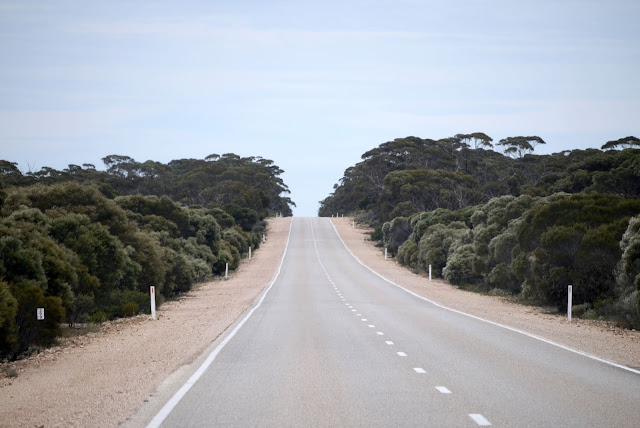 Wandering stock weren’t the only hazards we needed to look out for on our four day drive east. Huge signs warning of the upcoming stretch of road doubling up as an emergency runway for The Royal Flying Doctor Service also kept L and I watching out for landing aircraft. We’d already been purposely dive bombed by some comedic farmer in his light aircraft when we were crossing the outback in Queensland (blog #55) and we weren’t looking for a repeat. 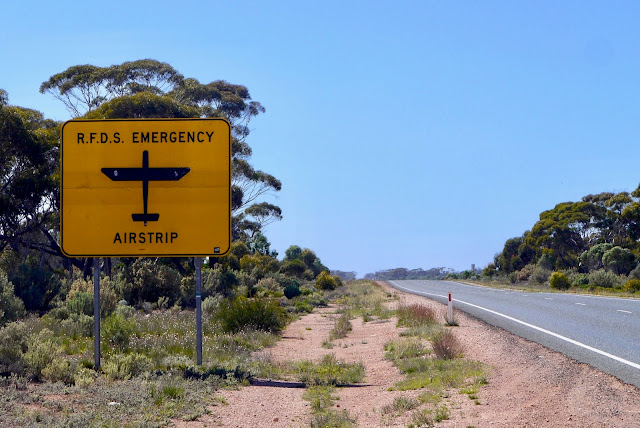 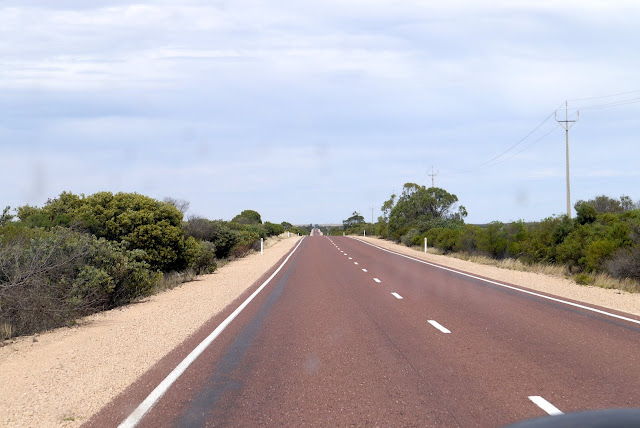 A dead end track leading away from the road and down towards the sea brought L and myself to the ruins of an old telegraph station house which had interestingly been reclaimed by the sands. We spent a few hours on the dunes and venturing along sand tracks in the Crampervan to the beach beyond, before returning back to the road to continue our travels east over the border into the territory of South Australia. Goodbye Western Australia, it’s been a blast! 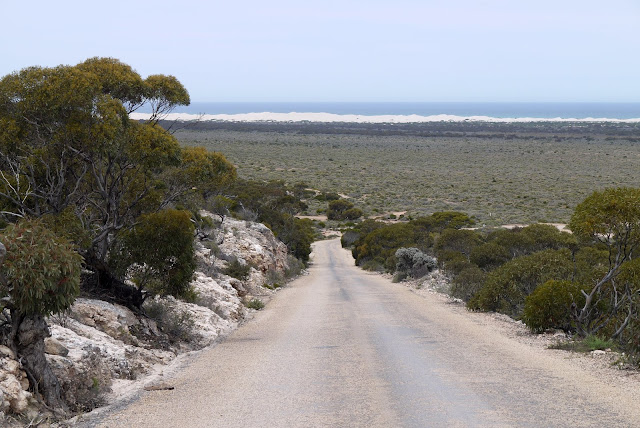 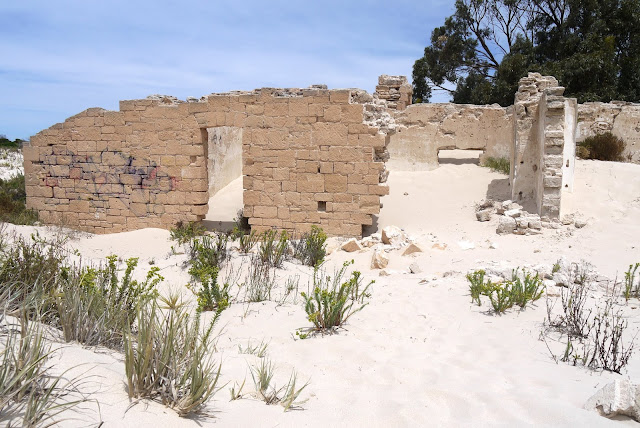 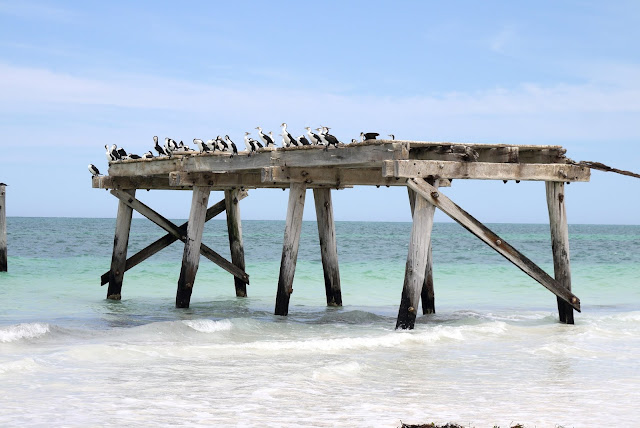 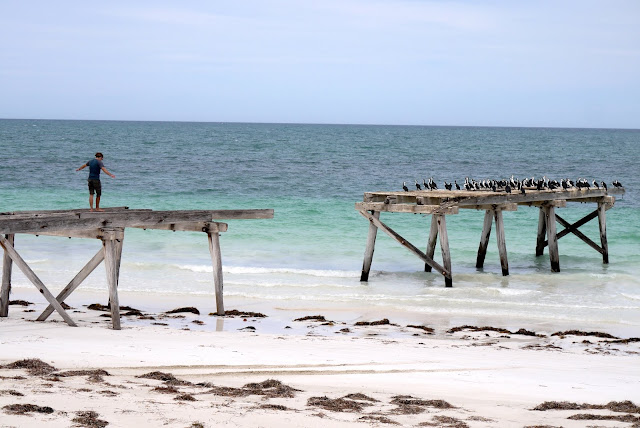 To mark our leaving the state of Western Australia and crossing into South Australia, we stopped at the border cafe. There wasn’t exactly a great choice of cake but a sign for iced coffee caught our attention instead. Asking the lady behind the counter if she could do an iced mocha may have been a tad too adventurous judging by her response of “No not really but I can give it a go.” We threw caution to the wind and handed over $6. What arrived at the table 10 minutes later was an apology for there being no ice along with along with what looked like an ice-cream milkshake with chocolate syrup and no sign of a shot of coffee. She’d done her best, the drink was refreshing, the situation amusing and before we knew it we were back on our way. 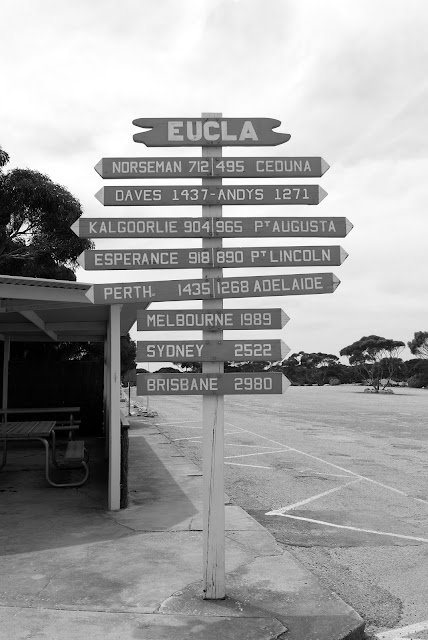 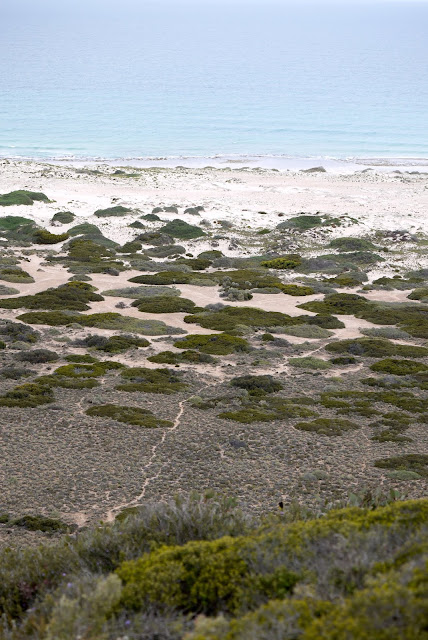 Noticing our Crampervan’s once shiny wheels were starting to get some light surface rust, a horrified L who felt guilty for not paying them enough attention, brought out the wire wool and polish from one of his many tool boxes and spent the following four evenings polishing each wheel. Talk about a comprehensive polish! What I later learnt, after being blinded by the Crampervan’s new ‘bling’ wheels, was that L had removed a deteriorated clear lacquer from the chrome which had previously slightly dulled their appearance. We now had embarrassingly glistening chromed beauties as dazzling as Penong's windmill collection! 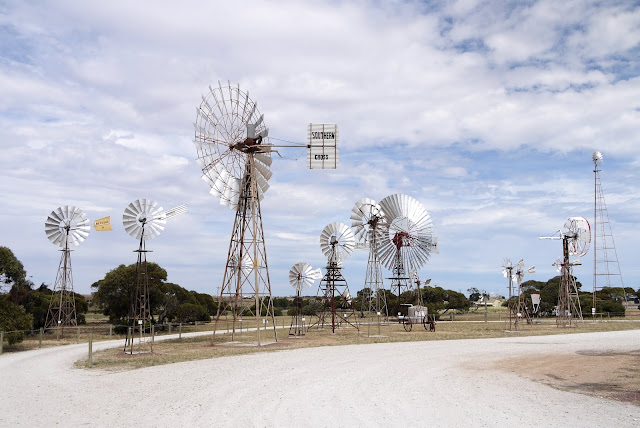 The town of Ceduna marked the end of our four day adventure east. We’d covered 1200km, the biggest distance in the smallest amount of time on our trip so far. The Crampervan fridge was empty and in need of restocking due to L and I needing to consume or have confiscated all fruit and veg before crossing the border. Naturally we had arrived into Ceduna on a Sunday afternoon and most of the shops were shut… Typical!

Follow our adventure as we travel through South Australia to one of the strangest places we have visited yet! NEXT UP: The journey to Coober Pedy, the remote outback town where the locals live below ground to escape the desert temperatures! Yikes! 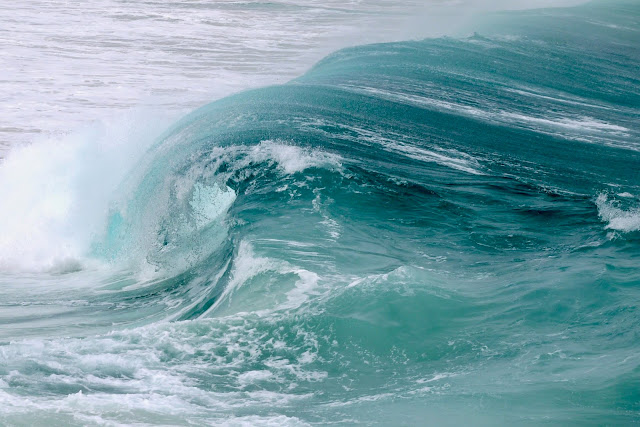