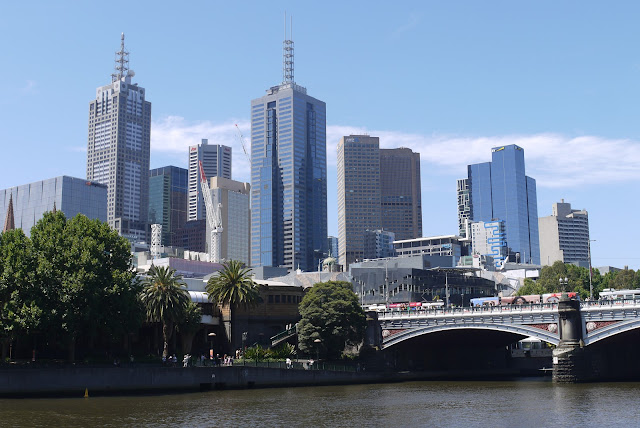 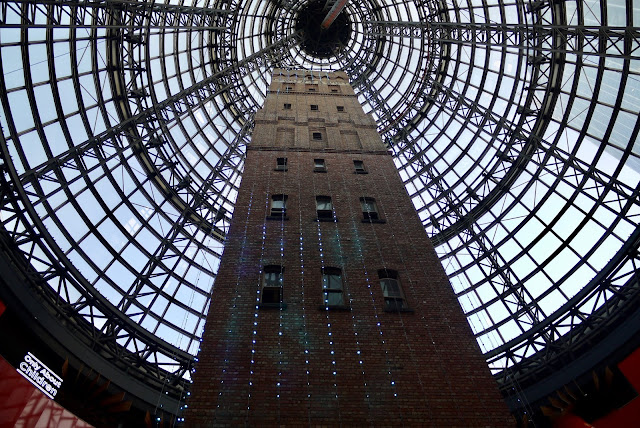 Spending our final hours of 2018 in Melbourne watching the fireworks and soaking up the atmos made for an amazing end to the year. Cramping into the suburbs had been a piece of cake, we even managed to fuel up at $1.09 (£0.58!) our cheapest fuel price of the trip. Our picnic blanket spot, nestled between everyone else’s on the banks of the bay in WIlliamstown, a vantage point for the city skyline, was the ideal place to watch the fireworks. However, driving back out in early hours of the morning, along with the gazillion other people, wasn’t so amazing. Having said that, the great advantage of driving your home around is that if after 45 minutes of slow moving traffic you decided you’ve had enough, you can pull in, get in the back and comfortably go to sleep where you’ve parked. That’s what we did. After what felt like hours, the engines from the passing traffic trying the leave the city still hadn’t stopped. We both lay there, illuminated by the headlights of each passing vehicle which shone through our ‘not quite 100%’ blackout curtains. Neither of us could get to sleep which was something that had only happened a couple of times on our trip so far. The last time had been during an apocalyptic downpour and the time before that… well that had been a memorable night at a ‘not anymore’ nudist campsite in Queensland, when the people in the next door camping pitch had decided to throw a party at 1:30am. If we hadn’t needed to wake up at 5:30am for our scenic flight and outer Great Barrier reef snorkel, we may have joined in.

I’d love to share some photos of our NYE but it wasn’t until after setting up the camera and once the fireworks had begun, did I realise that the memory card was still inside the Crampervan. This would be my last fail of 2018. 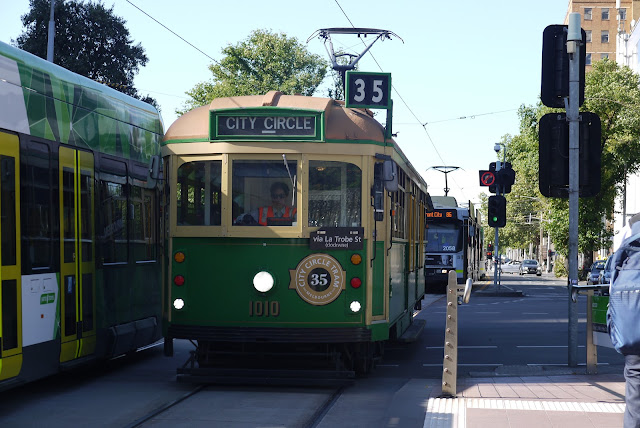 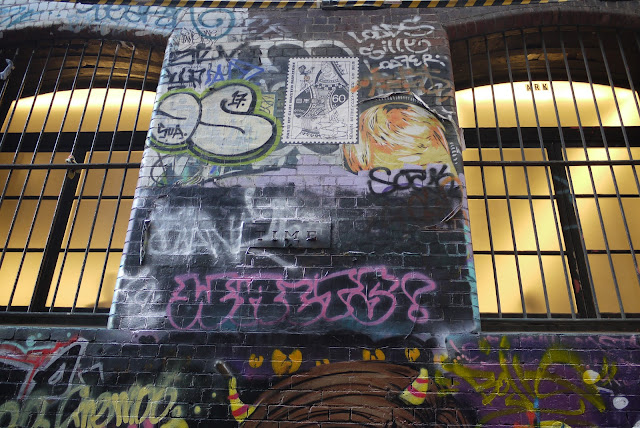 After touring central Melbourne on the quaint tram network, sipping coffee and looking around some of the city’s more unusual highlights (two examples being the ACMI museum of film and digital imagery and the graffiti street art) L and I headed into the suburbs. We were on our way to find Ramsey Street having made the decision to sack off doing the ‘official neighbours tour’. Truth was we didn’t fancy being another couple of ‘saddo’ tourists on the coach tour, plus it looked too gimmicky. Our built up anticipation to see the street took a knock upon our arrival when we realised that in my haste for us to get moving, I’d brainlessly inputted the sat nav to take us to a real Ramsey Street instead of Neighbour’s fictional Ramsey Street, otherwise known as Pin Oak Court. By the time we’d found what we were looking for, L and I felt we had done a very comprehensive tour of Melbourne’s Ramsey streets and so we headed out of the city to begin following the coastline back towards Sydney. 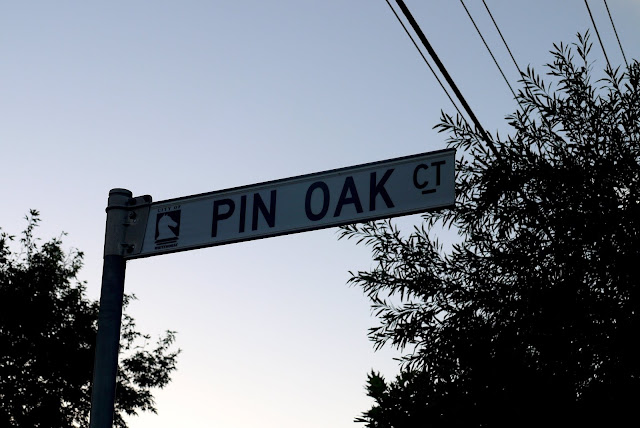 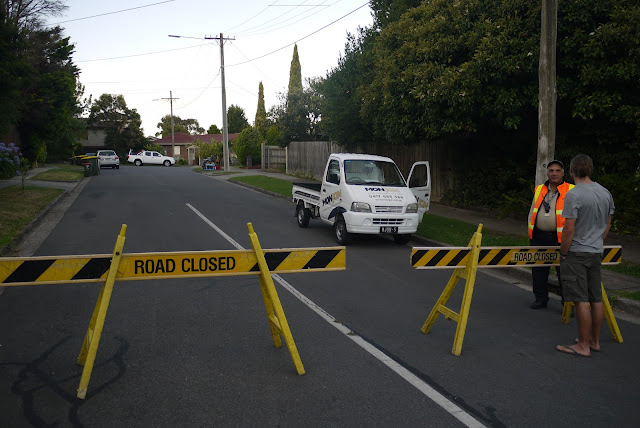 When it came to native Australian critters we’d seen all manor of weird and wonderful, but the state of Victoria had a few cute surprises still to throw our way. A board walk along the coastal cliffs on Phillip Island (just south of Melbourne) is home to a colony of Little penguins. Neither L or myself had even contemplated seeing penguins whilst in Australia so it was a nice surprise to glimpse a few of these little fluff balls whilst they snoozed in their clifftop nests. 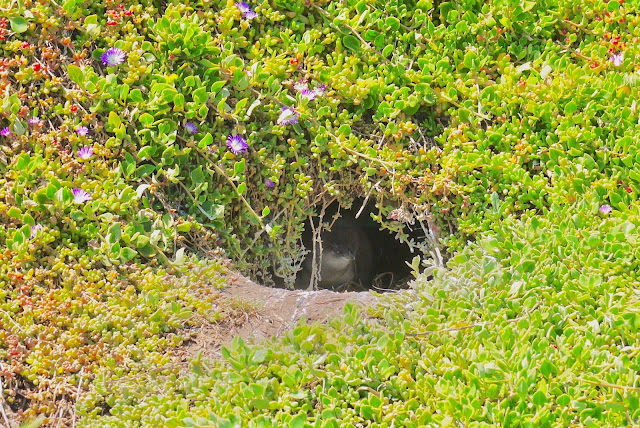 Perhaps a little jealous of all the penguin attention, a handful of Cape Barren geese decided to pose for photographs infront of the Island’s stunning rocky coast. These guys were cute too. 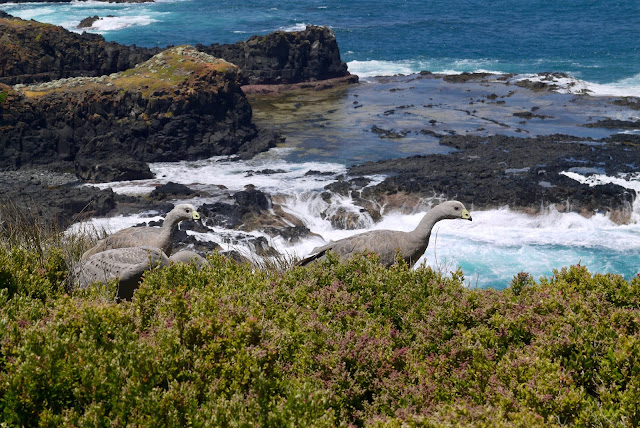 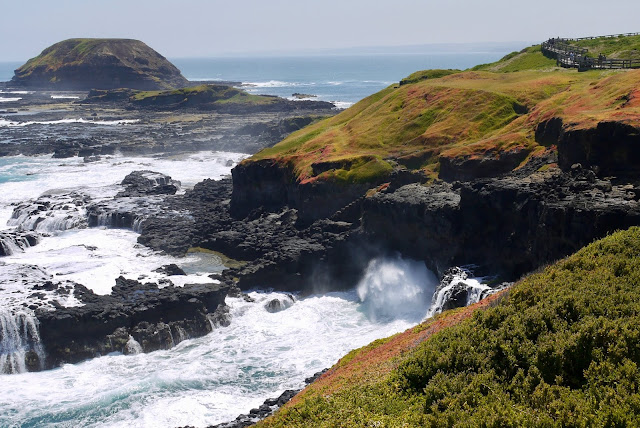 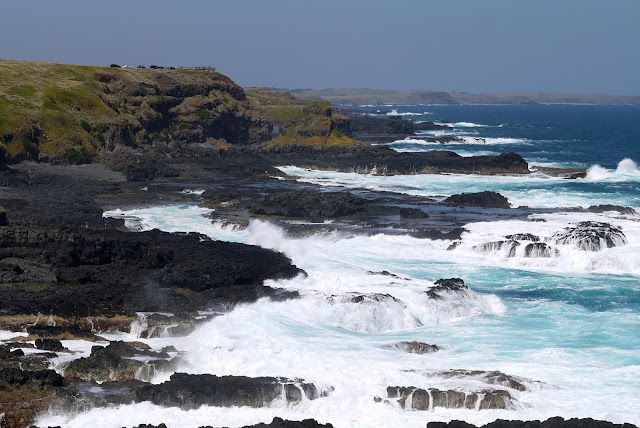 It was on Phillip Island whilst parked up for lunch over looking the sea that we got talking to a chap who’d been looking for a 4wd van and who went on to make a generous offer for the Crampervan. However as talks progressed, we both got an inkling that despite his enthusiasm, the money might never materialise. Still we gave him our number and later made bets on whether the money he was expecting though at the end of January, would ever make it our way. What we did take from the conversation though was his recommendations for the best free camps from here up until the NSW border. 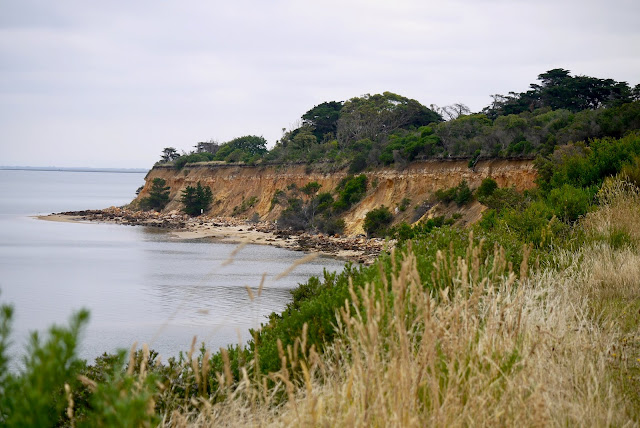 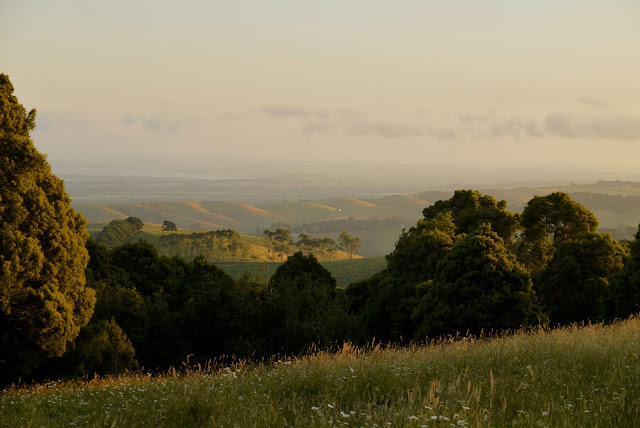 According to the lady in the visitor info centre, anyone wanting to see scores of wild Koalas, should take the free 5 minute chain ferry from Paynesville to Raymond Island and have a stroll around whilst looking up. This turned out to be fantastic advise and we went on to count 16 Koalas chilling out in the canopy above our heads. Sadly the lady failed to mention that we should expect a crook neck by the end of the walk but this was a minor inconvenience having seen such teddybear like creatures up close. 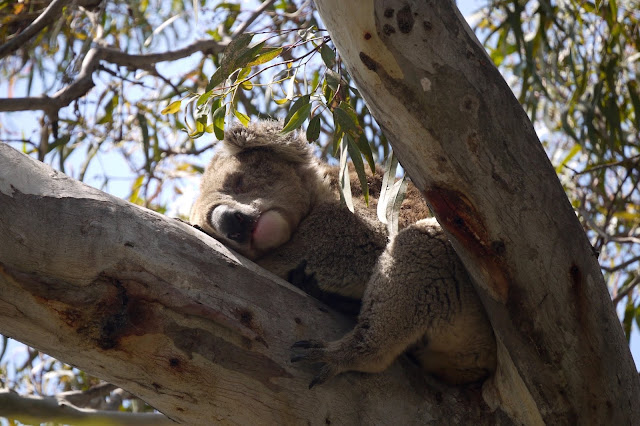 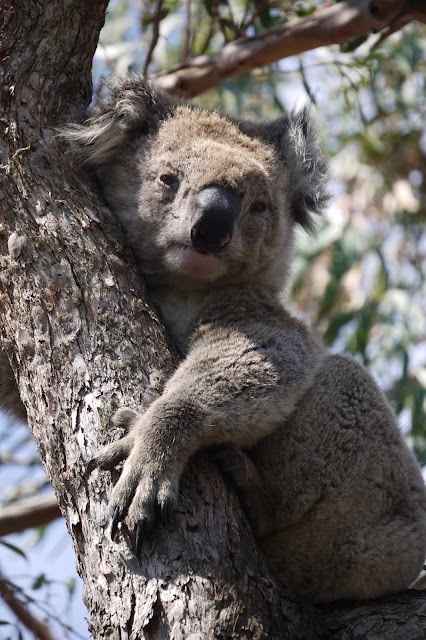 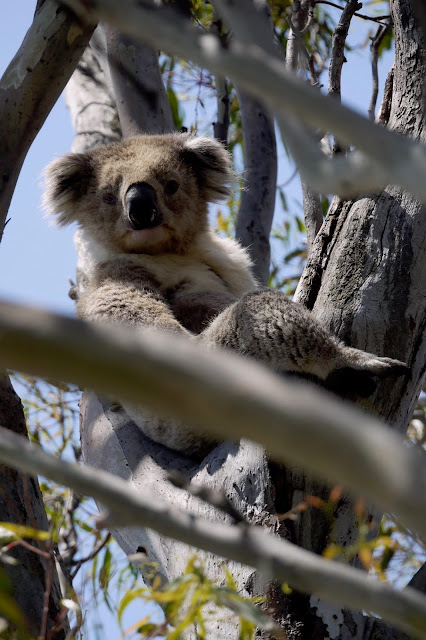 The lady at the Information Centre back in Foster had offered her own advise when L and I enquired about cooking during the current fire ban due to the forecast 40’c temperature on its way. Her interpretation of what we should do was, in her own words…“Bread, if you can eat bread, my daughter can’t but if you can, eat bread”. Such a response had the pair of us internally howling with laughter but we managed to keep it together. She later added “or you could buy a salad from the supermarket, salad is always good”. Perhaps not the official advise of the NSW government but it certainly put a smile on our faces.

And on that note… join us in the next blog post as we leave the state of Victoria behind and cramp up the New South Wales coast to our end destination of Sydney! 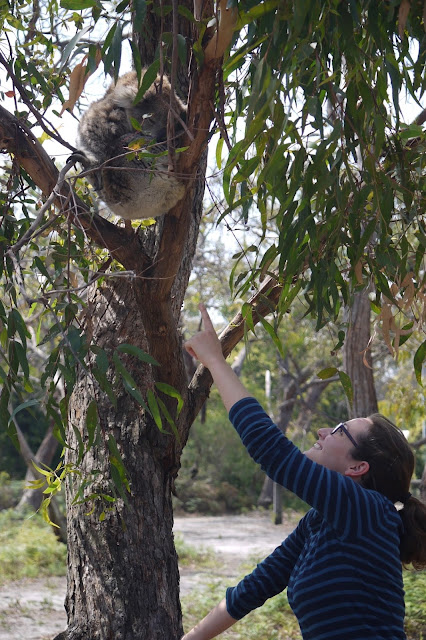