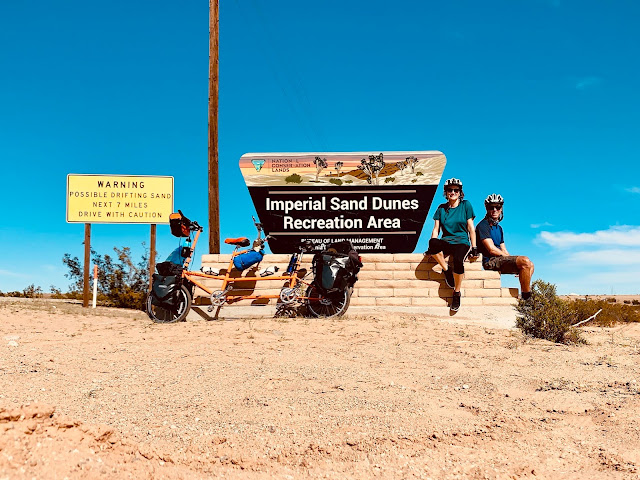 We’d slept surprisingly well in the old, slightly falling apart motorhome that our ‘Warm showers’ hosts at the Desert View Tower had lent us for the night. The temperature fell below freezing but a rickety fan heater kept us cosy, we were very grateful for our lodgings. The view from the tower was incredible and there was some quirky rock art to discover. After a splash of coffee and a fright over a packet of 'rattle snake eggs’ (a successful practice joke, much to our host’s delight) we left the tower and descended 4000FT over 30 miles. This was the downhill we’d been waiting for! The new disk brakes performed well during this intensive usage session and we were eventually spat out onto never-ending desert flats. L’s back: slightly sore in one area from a repetitive slow down poke.


We were out of the cold snap, the temp was low 20’s. We pedalled for El Centro, took a road which was closed, improvised, and arrived at our cheap as chips motel just before 3pm. 50 Mile Target: Still not achieved. Daily distance gradually increasing. 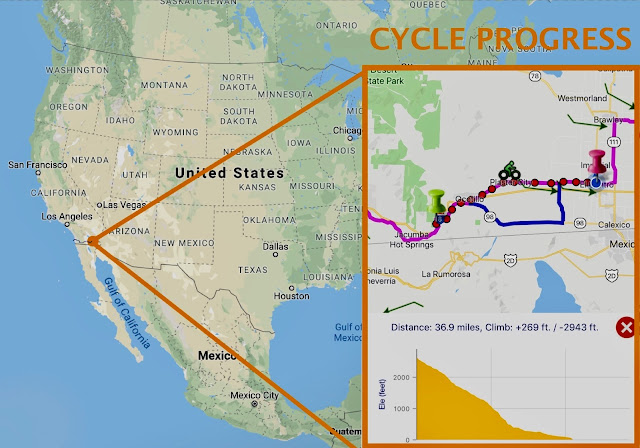 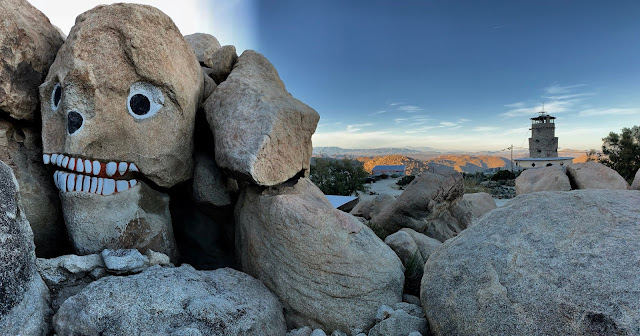 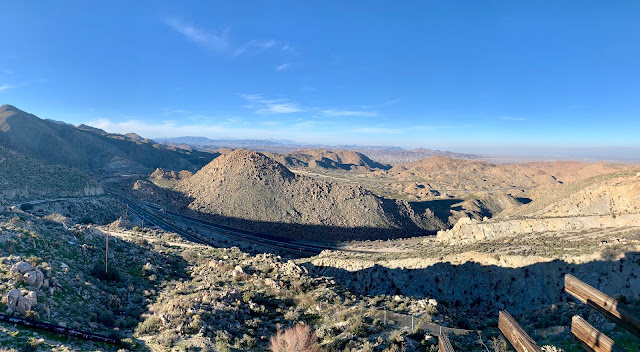 Two friendly truckers at a petrol station in Brawley couldn’t believe that L and I were cycling all the way to the East coast, one nearly dropped his ‘hamburger’. Hamburger’s parting words were: “So you guys thought you’d see America on a bicycle, huh, I’ve got a lotta love for that, safe travels man.” With smiles on our faces, we peddled on from Brawley where we met 1 x small snappy dog who chased us along the road for a while. We’d noted that The Flying Fox was attracting unwanted attention from local dogs. Two Brits on a small wheeled bright orange tandem was quite a sight to bark about but I had my suspicion that America’s dogs were reacting to a high pitch squeak coming from rubbing panniers on the front. The little snappy thing who’d escaped his boundary didn’t let up and chased us for 3/4 of a mile at 13.8mph, pretty good going given the 4 inch sticks it had to run with.

Towards the end of the day the landscape exploded. Mountains of rock became mountains of sand and we found ourselves cycling through a surreal vista of endless sandy mountains.


Accommodation for night 5 was to pitch our tent somewhere in the sand. Glamis, capitol of dune buggy mayhem, had no motels it was pretty much just a single store kinda place. The dune buggy enthusiasts were living in their big rigs out on the sands, we were the only tent. 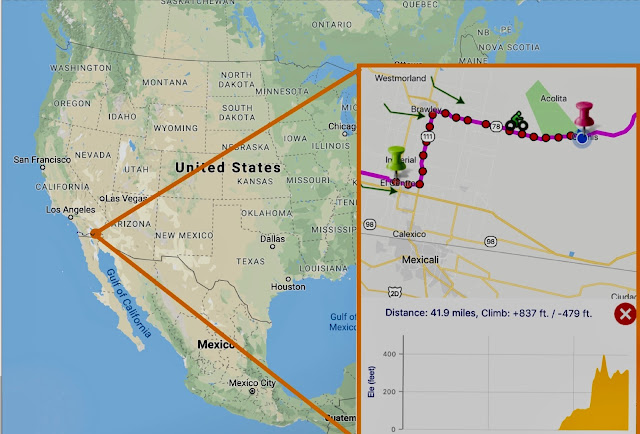 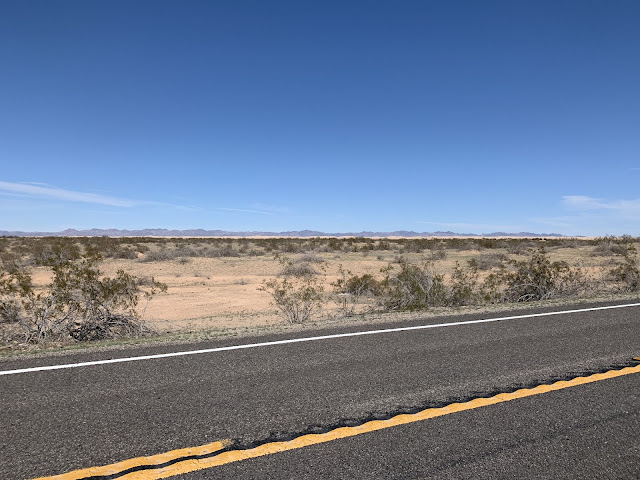 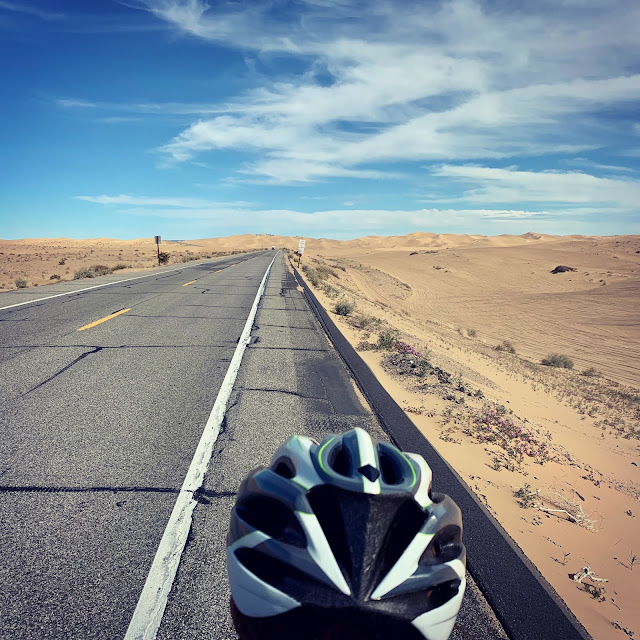 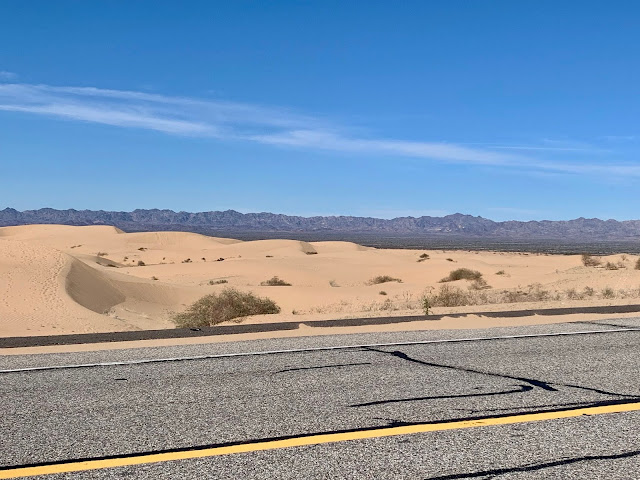 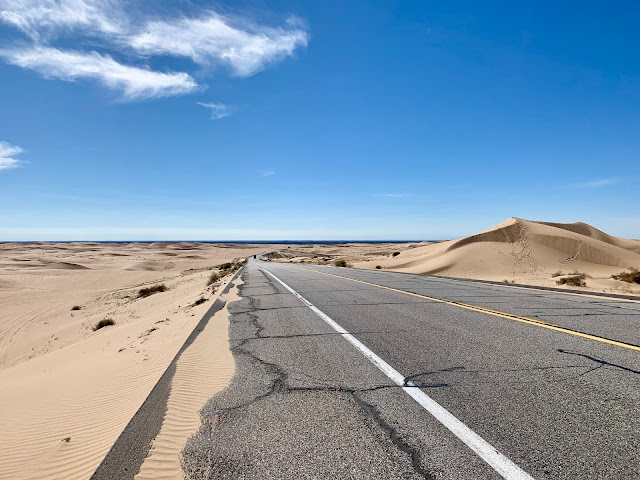 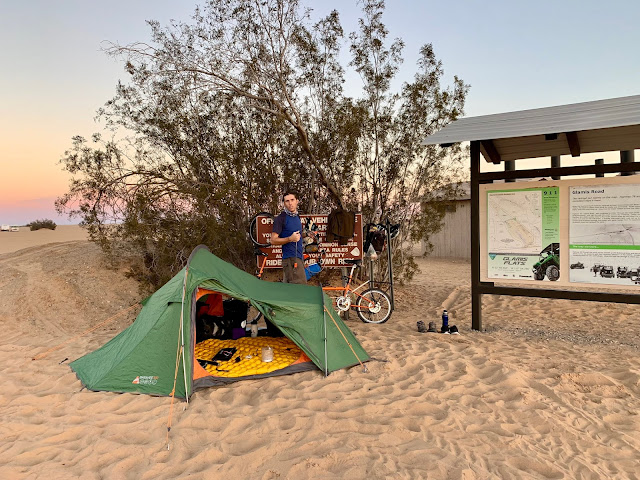 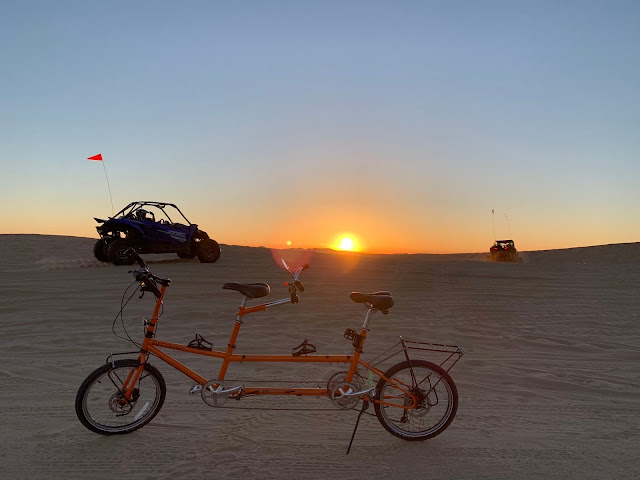 Camping in the desert: It hadn’t been too cold over night but neither L or myself had any plans of getting up until the sun hit the tent. We waited, the sun was already up over the dunes but the tent was still in cool shade. A look outside confirmed my suspicions. The bush and sign post we’d huddled the tent up next to (incase the wind picked up during the night, to which it did not) was casting a shadow and we were in it. In fact we were probably in the only shadow for miles around. It took us forever to roll up the tent and load up the bike. We left only our footprints in the sand, oh and of course some drag marks from where we’d awkwardly pushed a fully loaded tandem, incompatible with sand, back to the road.

During one of our many ‘rest breaks’ we were overtaken by Keith and his friend who were cycling the Southern Tier in the same direction but at a much quicker pace. They stopped to chat before pedalling on. We feature in Keith’s blog post:(https://www.crazyguyonabike.com/doc/page/?o=1mr&page_id=570883&v=1i)

Over the day, sand dunes disappeared and desert became farming land. Weather: blue skies all day. L had organised our 2nd Warm Showers accommodation for tonight (free cyclist Airbnb/couch surfing app). J’s place was 3 miles off route, this sounds very minor but every mile on a bicycle feels a lot longer especially after you’ve already spent a handful of hours on the road. We were very much looking forward to relaxing at J’s place, he had great reviews but what we were not expecting is what we found when we arrived!!!…. Find out in the next blog post why we had to swiftly leave and set up camp elsewhere instead! 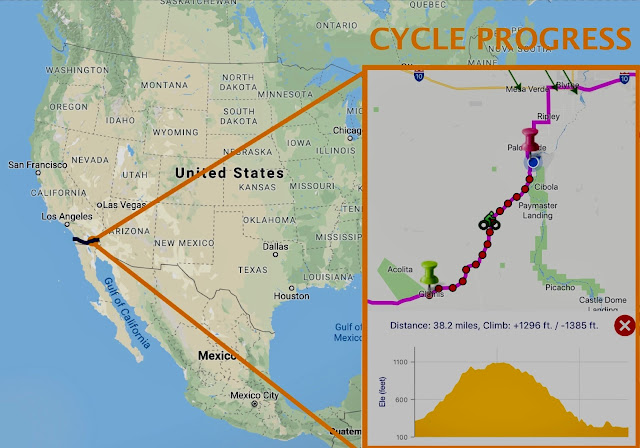 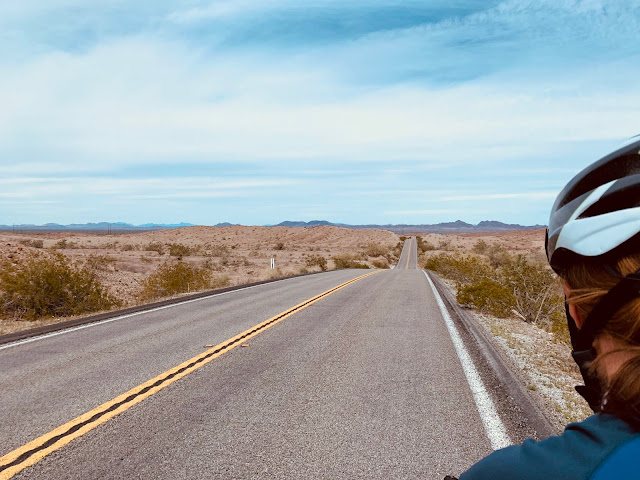 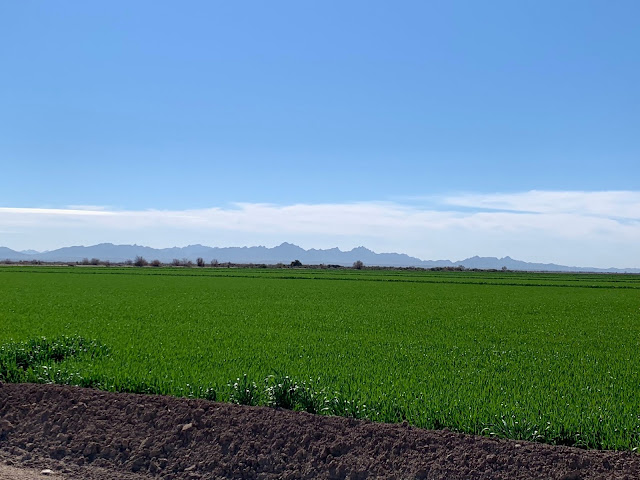 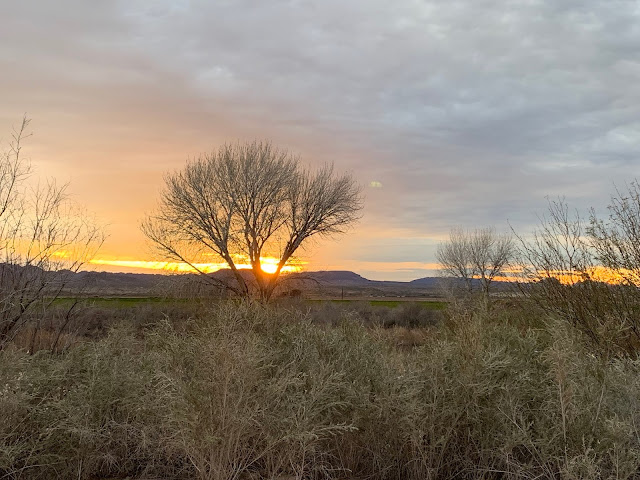 NEXT UP: DAYS 7, 8 & 9. INTO ARIZONA. First puncture, a broken spoke, interesting characters and a whole load more!

***********
Would you like to sponsor us?
Here's the link : https://www.justgiving.com/companyteams/foxonalead