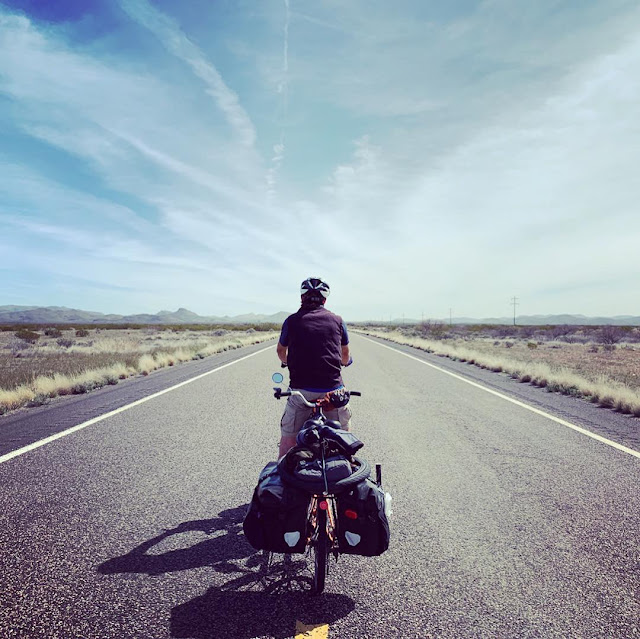 8/Mar. Day 16. Globe - Safford.
73 Miles. 2nd Puncture!
Halfway through Apache reservation land we took a break from pedalling and grabbed something to eat from the local store. We ended up staying longer than expected due to gaining a puncture in the car park on the way out. This was puncture #2 of the trip. Were our Schwalbe ‘puncture proof’ tyres letting us down!? Or had they already been busy, quietly deflecting hundreds of other sharps over the last 600 miles on sone of these rough American roads?
Supermarkets and fuel stations rank highly for places where we often receive Flying Fox compliments, today was no exception. We’d already received a handful before the local preacher, a tandem rider himself, stopped to chat whilst we struggled on with replacing the inner tube. Today was set to be our longest day of the trip so far: 73 miles, simply because there are no motels or camping on the reservation land between Globe and Safford. 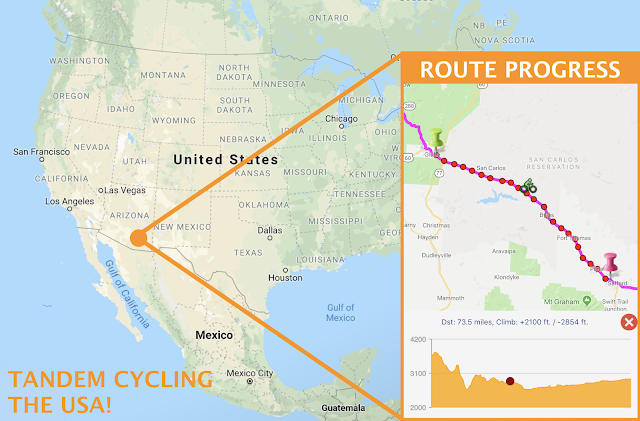 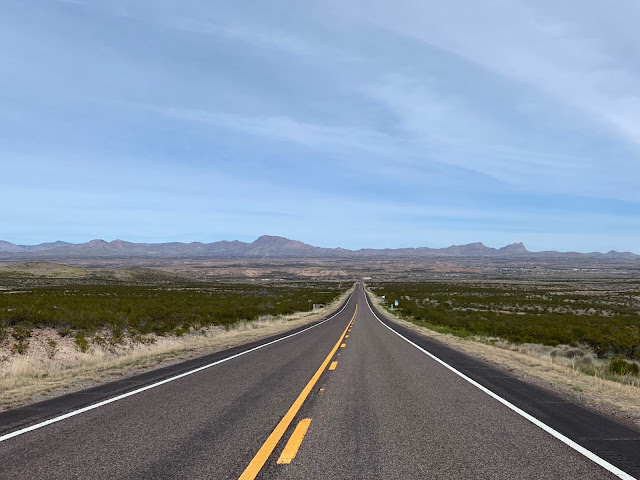 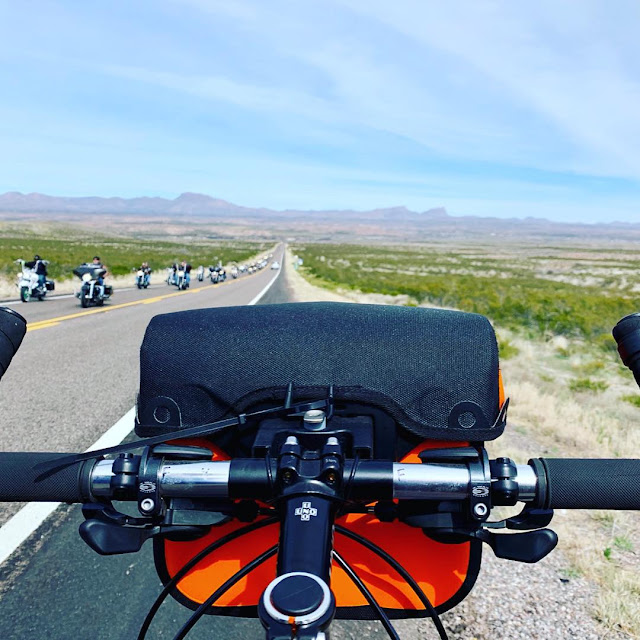 9/Mar. Day 17. Safford - Duncan.
42 Miles. The start of a week of winds.
Sadly it wasn’t a tailwind, instead we found ourselves being hammered by strong gusts from the side but at least it wasn’t a headwind. Whist L struggled to keep The Flying Fox straight along the open expanses of never ending road, I became more and more fascinated with all the tumble weed rolling everywhere around us. What looked like flocks of running sheep in the field to our left was actually hundreds of tumbleweeds, drifting uncontrollably with the wind. The modern day tumble weed known as plastic bags, on occasion, interrupted the majestic landscape we cycled.
Duncan was a strange, single street town, ‘kinda’ place. Not much there so we were surprised to discover a choice of three accommodation options. 1: Free camping in the community park, this would’ve been our first choice but the overnight temperature was predicted to be unappealingly cold. For something a bit different we decided upon option 2: An independently owned, quirky, hotel. This meant we passed up staying at our usual motel style accommodation, which had been option 3. 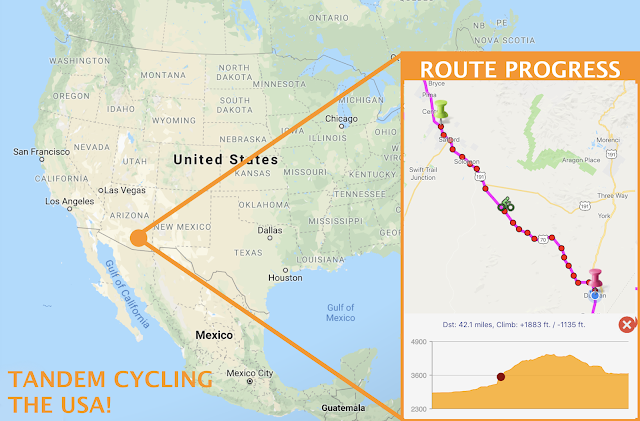 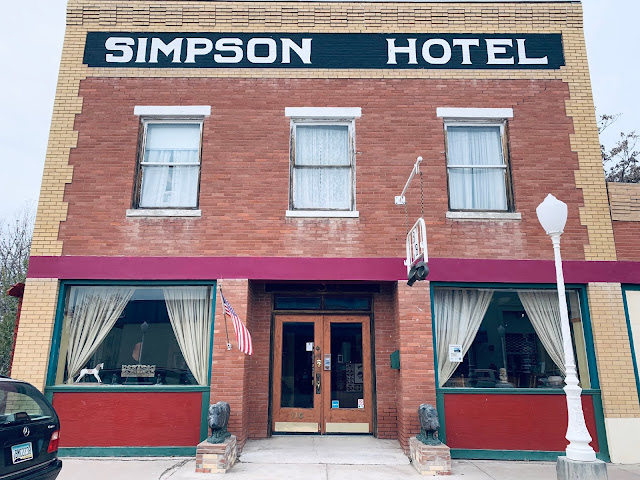 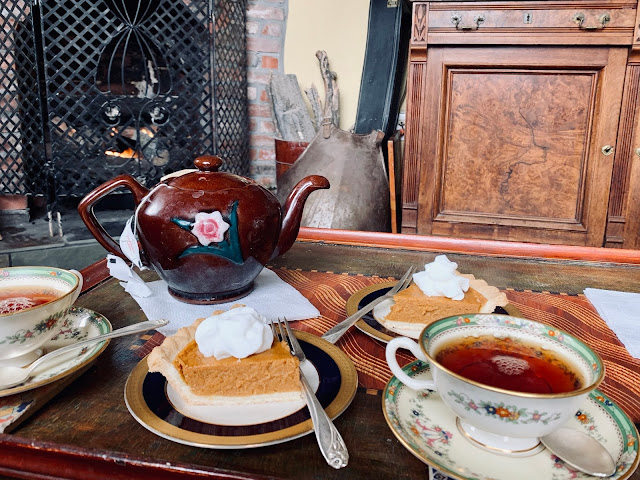 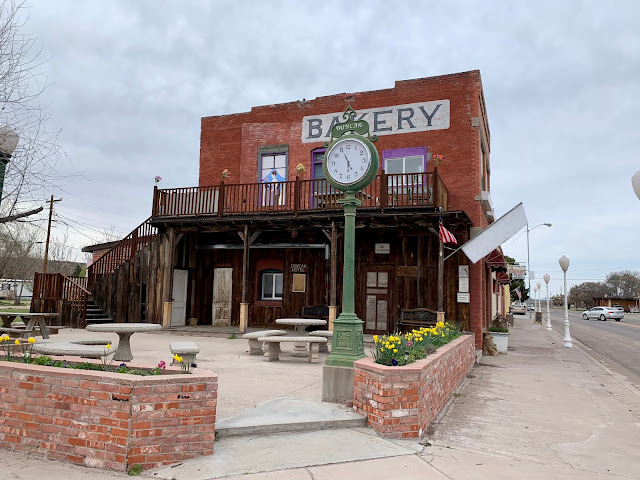 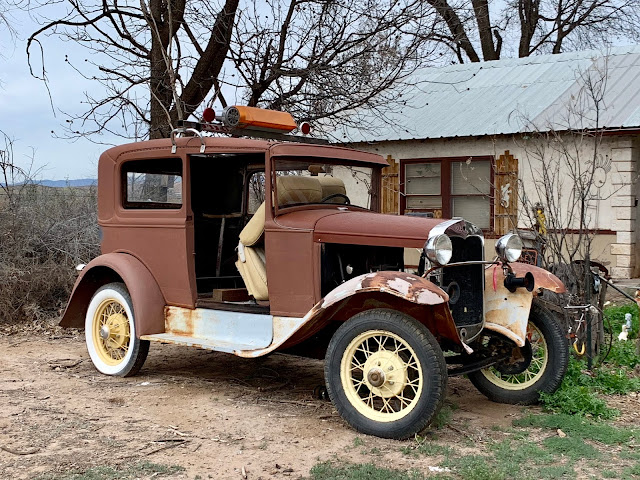 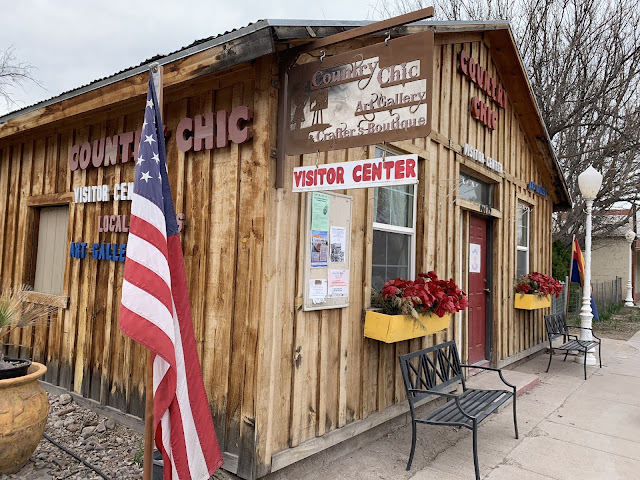 10/Mar. Day 18. Duncan - Lordsburg.
33 Miles. Moderate Headwind. Goodbye glasses!
The owners of The Simpson Hotel in Duncan had told us about an alternative cycle route to El Paso. Our ears had pricked because in truth neither of us had been looking forward to cycling the winding road up to 8000ft at Emory Pass. Our alternative route would deviate after Lordsburg but before we arrived in this run down town, we found ourselves waving goodbye to Arizona and cycling into New Mexico. L and I would remember Lordsburg for three things. Firstly for it’s apocalyptic aura, secondly for the humongous sized meal we ate in the town and thirdly for being the place where I left behind my glasses! 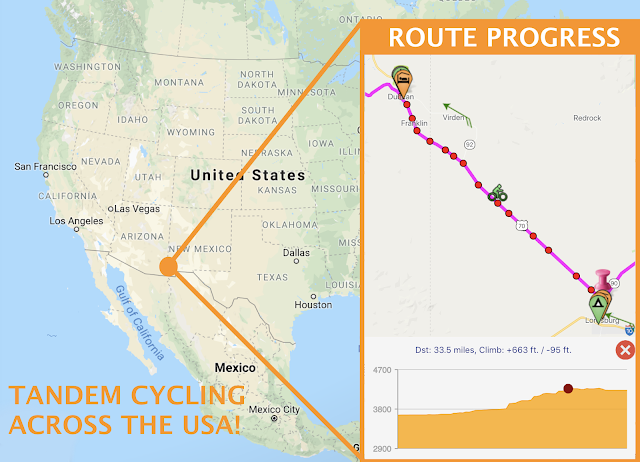 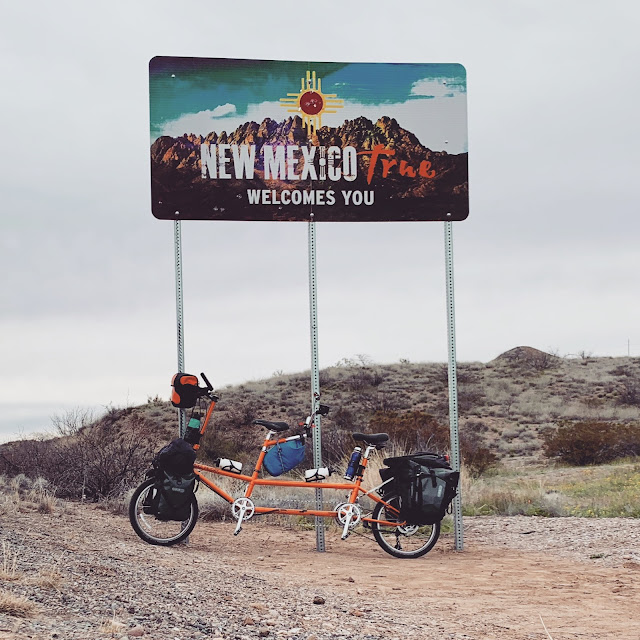 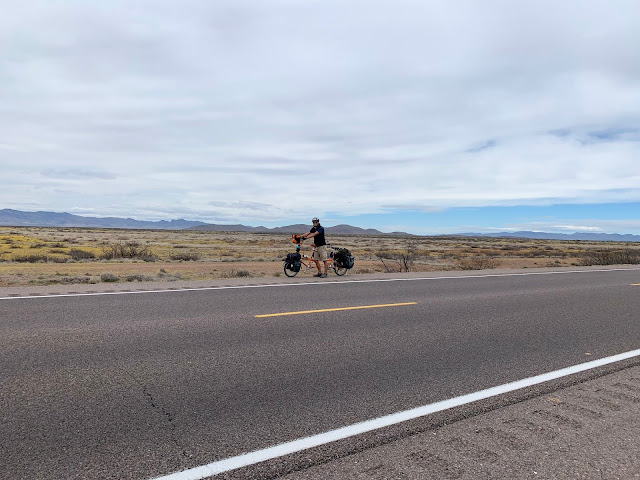 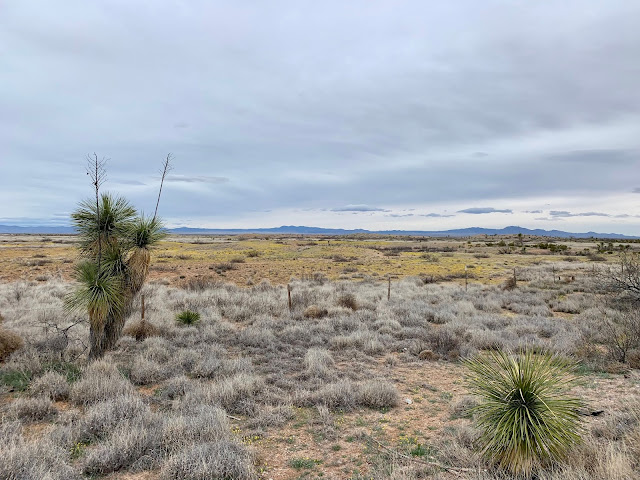 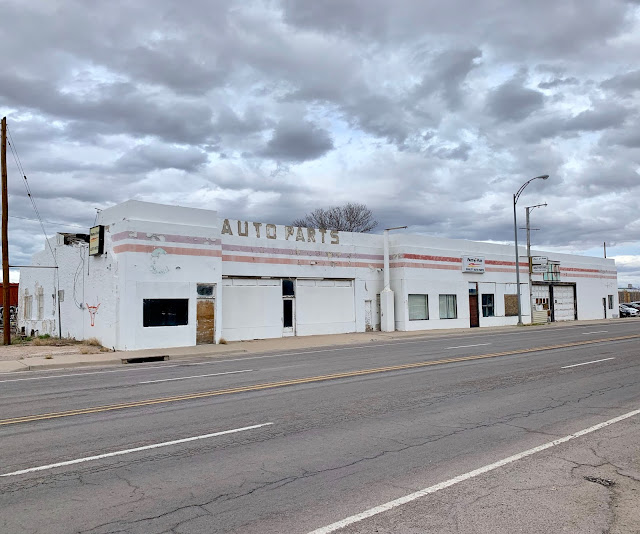 LOOK OUT FOR THE NEXT BLOG POST WHERE WE TAKE A MINOR ROUTE DEVIATION FROM THE SOUTHERN TIER...