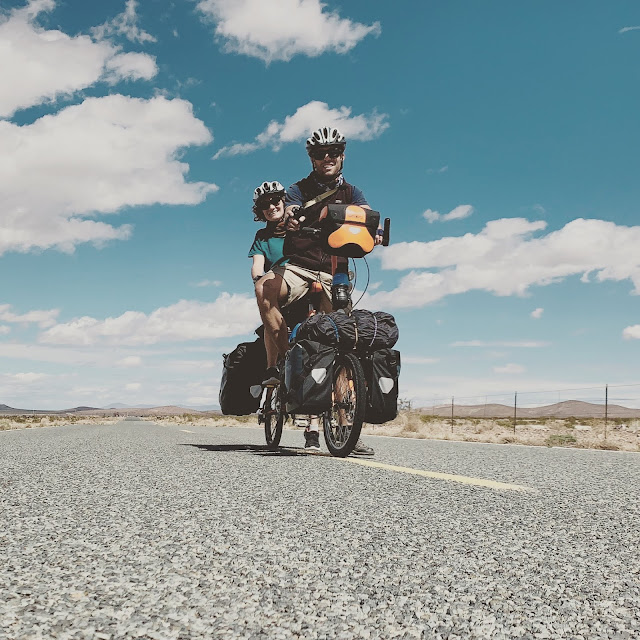 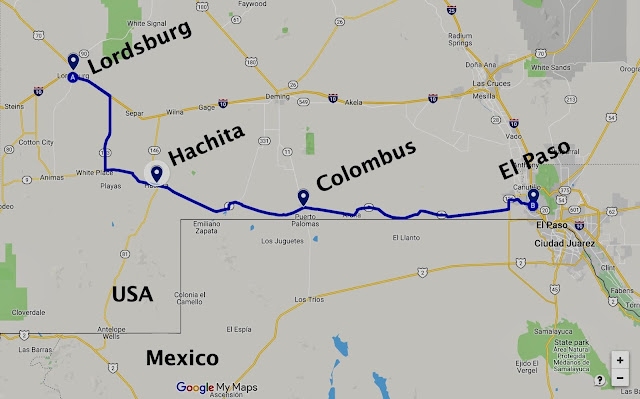 11/Mar. Day 19. Lordsburg - Hachita.
48 Miles. The route deviation begins.
“Isn’t it lucky we’re on a tandem and your’e not the one steering!” This had been L’s reaction when I broke the news that my glasses were still sitting in our motel room back in Lordsburg. We wouldn’t be pedalling all the way back there so we arranged for the motel to send the glasses to a post office on route, a week or so ahead of us. I had to remind L that in the interim a white cane wouldn’t be necessary, I still had my contact lenses.

We lost the phone reception on our way through the low lying shrub desert to Hachita. This was only the second time since being in the USA that this had happened. Drastically different from Australia where you can travel (by vehicle) for days and days and days and not have any phone reception! The residence of Hachita offer the use of their community centre as a place where touring cyclists can stay for a fee. There’s no rooms or beds, the situation is just to choose a spot to set up camp inside the huge hall but there is a toilet and kitchen and that suited us ok for 1 night. The rain arrived around 15 minutes after we did, and it hung over the small town for the rest of the afternoon and into the evening. L and I made a dash for the fuel station to use their free wifi and this was when I misjudged the depth of a puddle and ended up loosing my shoe in ankle deep mud! L found this hilarious and so did the dad who was collecting his kid from the school bus drop off at the petrol station. I wasn't sure if my shoe would dry by the morning, we are carrying no spares. 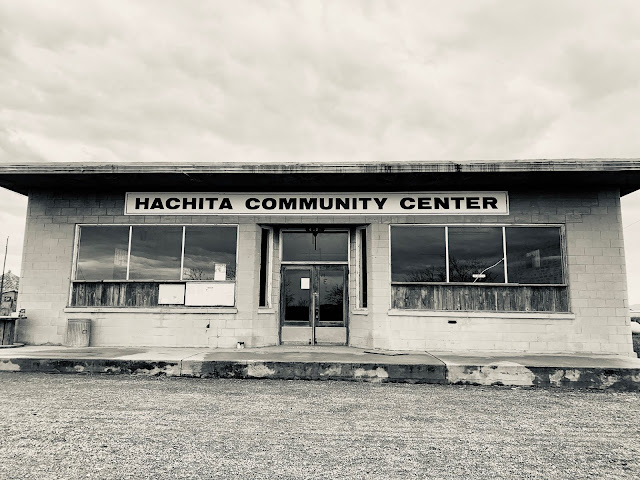 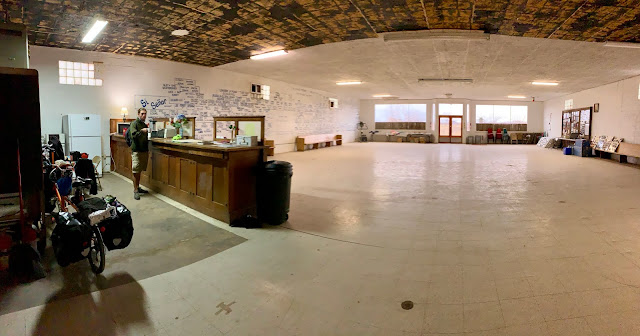 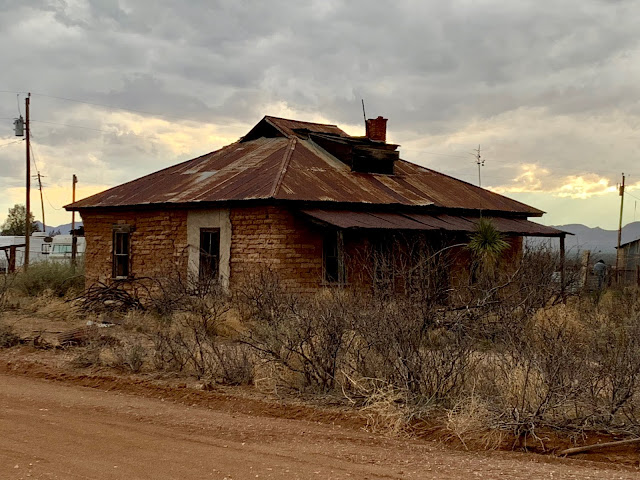 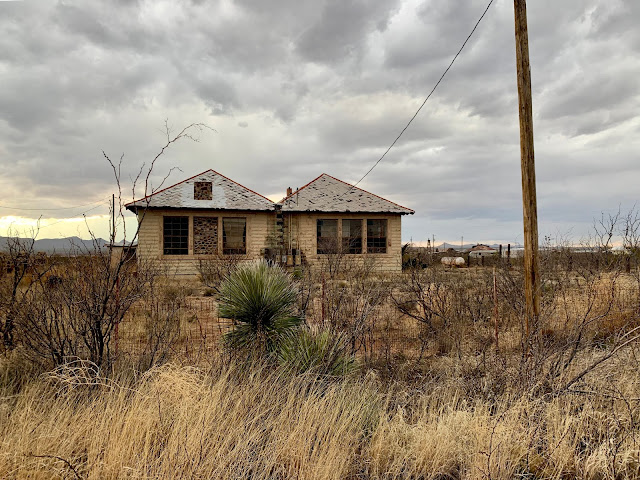 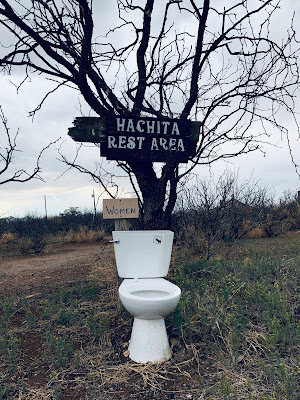 12/ Mar. Day 20. Hachita - Columbus.
45 Miles. A collection of cyclists.
With thanks to an awesome tailwind pushing us along the flat road from Hachita, it didn’t take long for us to rock up in Columbus. This tiny but quirky town, was looking like the Mecca in the desert for touring cyclists who’d made the decision to deviate slightly from the Southern Tier. Here at the Borderlands Cafe we met a Dutch couple tandem cycling west and a young American who’d been touring since 2017, he was cycling east but was one day ahead of us. (you can follow his journey @irodeherefromkentucky). 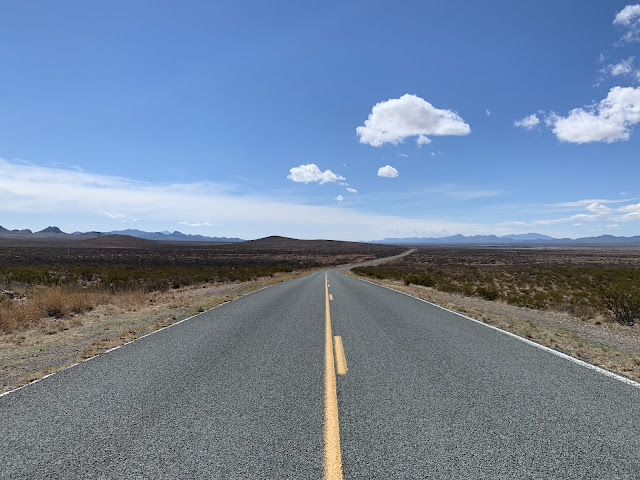 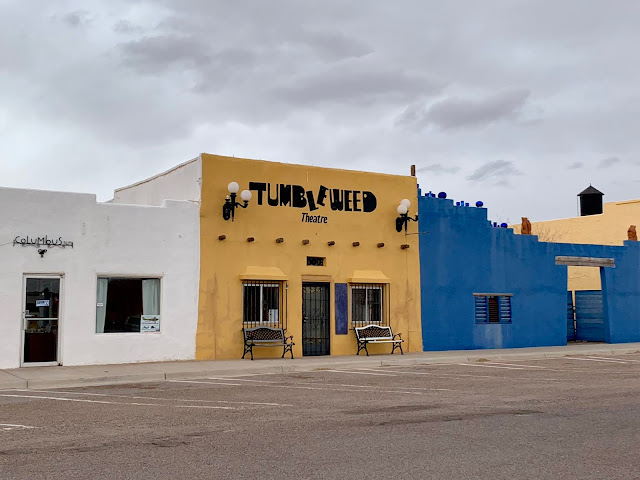 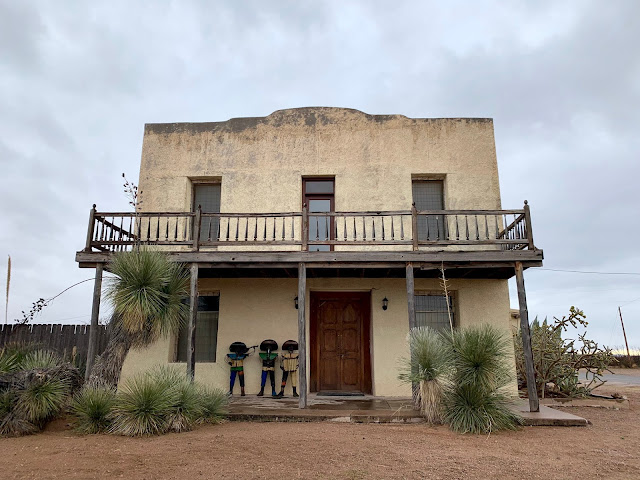 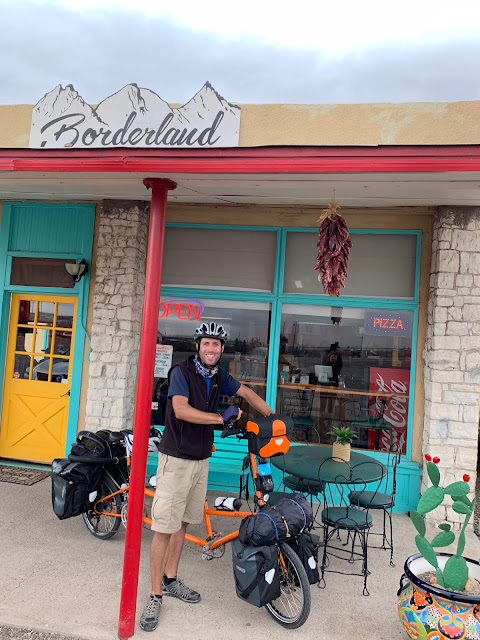 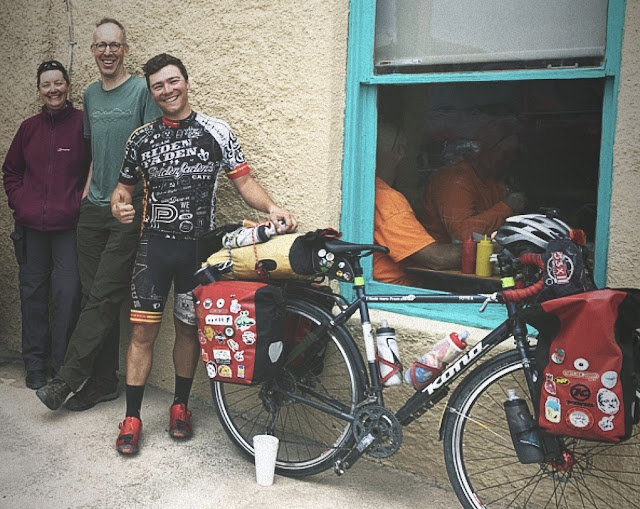 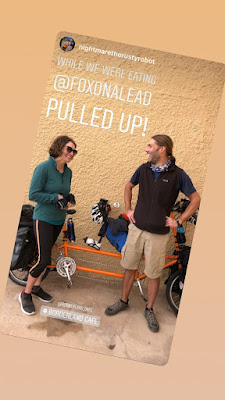 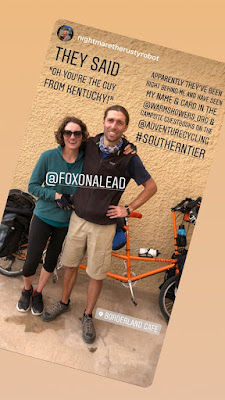 
Today’s travel was a virtually straight 70 mile road running parallel to the USA/ Mexican border, from Columbus to El Paso. With nothing in between, other than blowing desert sands and the occasional passing border patrol vehicle, we needed to make it to the city. 70 miles is a long stretch for the untrained operatives of The Flying Fox. We still consider ourselves touring cyclist imposters. Welcomed help: another day of blustery tailwinds! We were hilariously cruising along at 25mph with absolute minimal effort. The outskirts of El Paso were annoying to negotiate on a bike. We were now back on the official Souther Tier route and the road it had us cycle on had no shoulder. There were two lanes of traffic in each direction but it was busy and not helped by the road construction which closed lanes and opened them for no apparent reason. We opted to ride the pavement which turned into a farce because of all the street furniture and 90degree pavement bends which aren’t compatible with a ‘limo bike’ (still my all time favourite comment  from the trip so far). We eventually made it to a cheap motel but we weren’t on the ground floor, the farce continued as we de-bagged in the raging winds and carried the entirety of our mobile life up to our room. 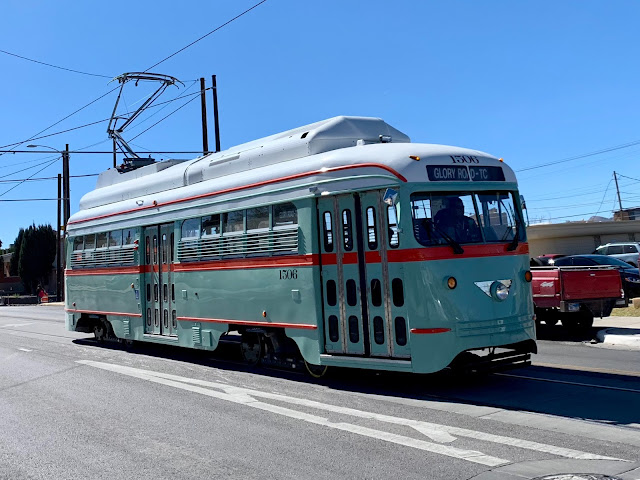 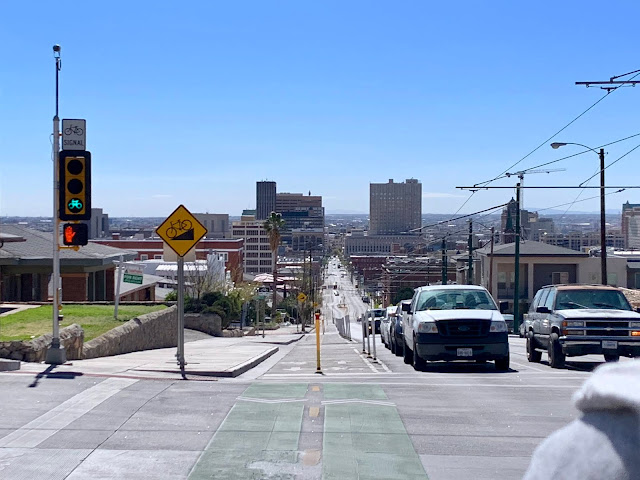 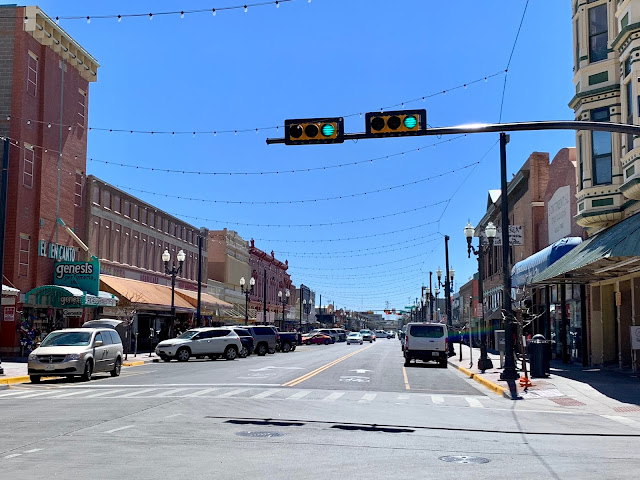 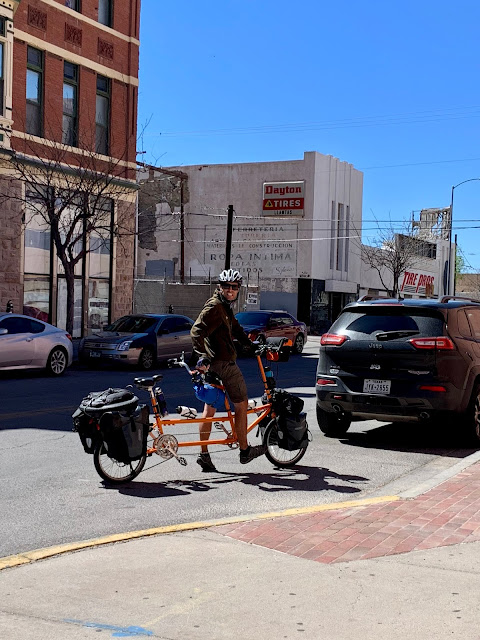 NEXT UP: TEXAS! SO MANY CRAZY AWESOME HAPPENINGS TO SHARE... STAY TUNED FOLKS.

**********************
A Little extra note: L and myself are raising money for two great charities as we cycle home to the UK from Australia, across the landmass in the middle... AMERICA. If you'd like to sponsor us, that would be amazing, here is the link to our just giving page where you can also find out more about the charities: CALM and Alzheimer's Society. Thank you to all who have donated, it keeps us pedalling! https://www.justgiving.com/companyteams/foxonalead